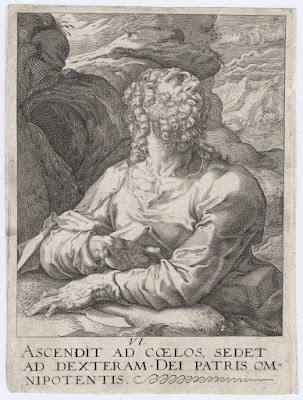 Engraving on fine laid paper with the watermark of “Double Eagle”. The sheet has thread margins on the left and right side, trimmed to the platemark at the top and cut slightly within the platemark at the bottom,
Lettered in Latin below the lower borderline: "VI" and "ASCENDIT AD COELOS, SEDET / AD DEXTERAM DEI PATRIS OM- / NIPOTENTIS."
Size: (sheet) 14.4 x 10.7 cm
State: unidentified state (of VI). It is either earlier or later than state III as state III has the monogram “HG” and is numbered in the lower-left corner: "6".

Condition: crisp, silvery impression trimmed close to the platemark with a watermark and in excellent condition. The back of the sheet has the sheen of glue residue.
I am selling this rare and exceptional engraving by the legendary Goltzius for the total cost of AU$366 (currently US$263.97/EUR252.76/GBP213.82 at the time of this listing) including postage and handling to anywhere in the world.
If you are interested in purchasing this superb print exemplifying the sublime skills and mannerist tendencies of Goltzius, please contact me (oz_jim@printsandprinciples.com) and I will send you a PayPal invoice to make the payment easy. 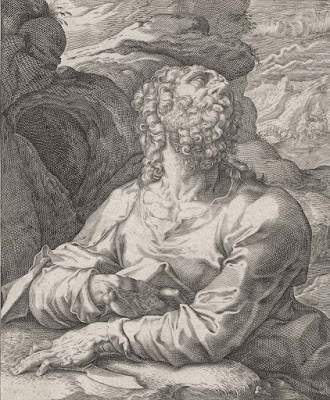 In earlier posts I have featured Goltzius’ engraving of St Simon and St Peter. These prints show Goltzius’ amazing skill as an engraver, but this print goes a stage further. Not only does it exemplify all of the skills that made him famous (viz. Goltzius' control in engraving parallel curved lines without the use of mechanical aids, his innovatory “dot and lozenge” technique and his fluid thickening and thinning of each line to correspond to the contours of forms), but this engraving also exhibits his leaning to manneristic contortions that are termed “Spangerisms” —a term arising from the mannered later style of Bartholomeus Spranger (1546–1611). 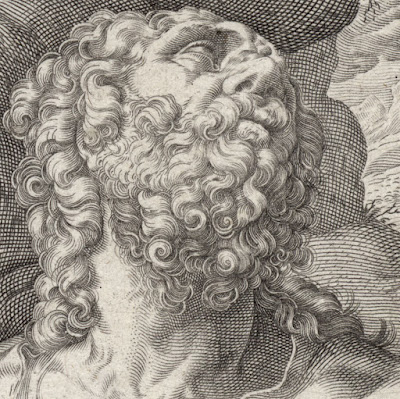 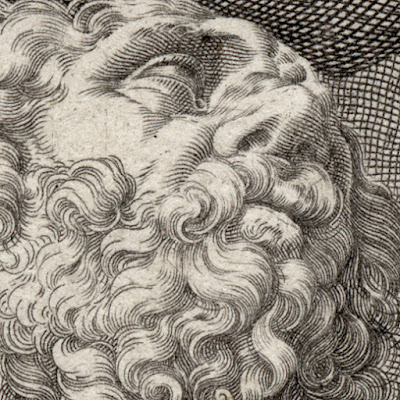 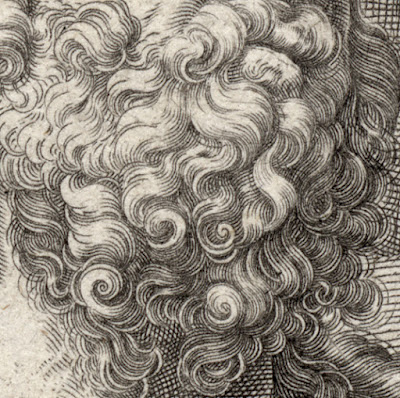 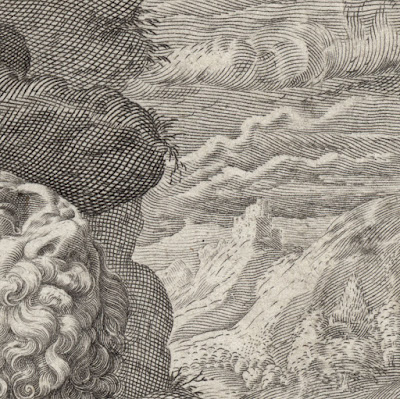 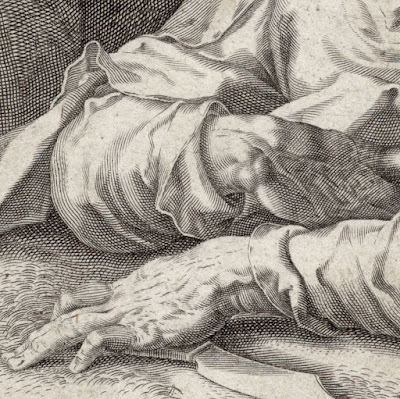 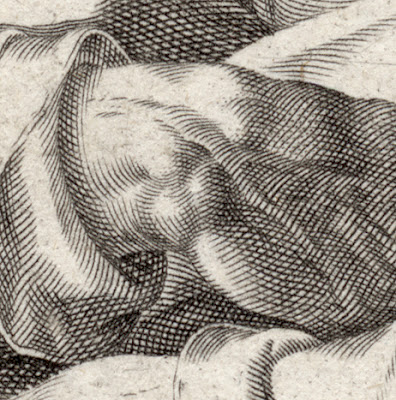