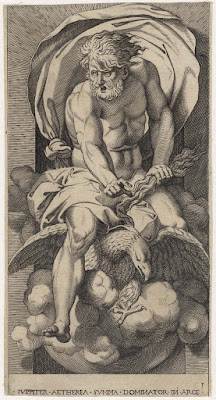 Engraving on fine laid paper with watermark trimmed along the platemark/borderline.
Size: 21.1 x 11.1 cm
Lettered below the image borderline 'IVPPTER - AETHEREA - SVMMA - DOMINATOR - IN - ARCE 3.”
State ii (of ii). Note that Villamena added the background of finely engraved lines on the lit side of Jupiter to Caraglio’s engraving of the first state. (See an illustration of the first state in TIB, vol. 28, p. 103.)

The British Museum offers the following description of this print which the BM describes as “after Caraglio”:
“Jupiter holding a thunderbolt in his left hand riding an eagle emerging from a niche; from a series of 20 engravings depicting mythological gods and goddesses. 1526 Engraving”
(http://www.britishmuseum.org/research/collection_online/collection_object_details.aspx?objectId=1456766&partId=1&searchText=Caraglio+&page=1)

Condition: well-inked, strong and crisp impression trimmed along the platemark/borderline. The sheet is lightly age-toned and there are remnants of mounting verso.

I am selling this exceptionally rare engraving for the total cost of AU$354 (currently US$270.58/EUR253.11/GBP216.58 at the time of this listing) including postage and handling to anywhere in the world.
If you are interested in purchasing this museum quality print (note that the quality of this impression surpasses that held by the BM), please contact me (oz_jim@printsandprinciples.com) and I will send you a PayPal invoice to make the payment easy. 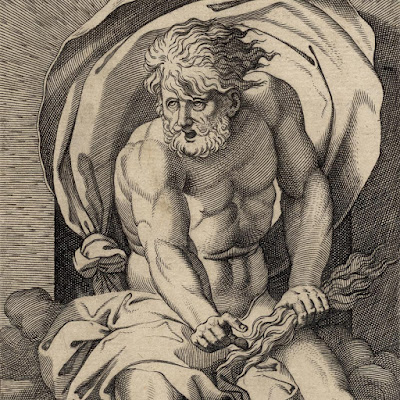 When I was researching this print I found myself being led all over my library trying to piece together its history. For instance, the British Museum simply attributes this print as being “after Caraglio” and I can understand their point as the image seen here is not created entirely by Caraglio (after Florentino). The plate had been retouched by Villamena whose mission in life seems to be to retouch all the old master plates that he could get his hands on so as to “improve” them. I need to be careful in chastising this old master, however, as Caraglio is well known for “improving” the designs of other artists, especially in terms of backgrounds. Indeed, Michael Bury (2001) in “The Print in Italy 1550–1620” gives the following fascinating insight into Caraglio’s propensity to make improvements:

“Caraglio worked from a drawing by Rosso Fiorentino which must either have consisted of the figures alone, or alternatively had a background that Caraglio judged inadequate for his purpose. It may have been quite common for printmakers to decide that the creation of a successful print required significant adjustments to be made to their model, especially with regard to the environment for the figures” (p. 15).

Regarding this print, after weaving my way through volume 28 of “The Illustrated Bartsch” (1978) catalogue raisonné of Caraglio’s prints I counted five variations of it (pp. 103, 123, 143, 162, 173). This may not sound so surprising given that reproductive prints had a ready market in the 16th century, but there is one important element that baffles me as to why Florentino’s original design was not given its proper attribution by Caraglio; namely, Caraglio is one of the first printmakers to introduce the term “invenit” to be inscribed on printing plates to clarify who designed the image. Later a whole raft of terms gave further clarity to distinguish the roles played by the designer of the image (“Delineavit” in the case of a drawing or “Pinx” if a painting), the printmaker who cut the plate (“Fecit”), the publisher (“Excuit”) and the copyright authority (“Cum privilegio”). I just wish that Caraglio had insisted on having clear information inscribed about this print’s production. 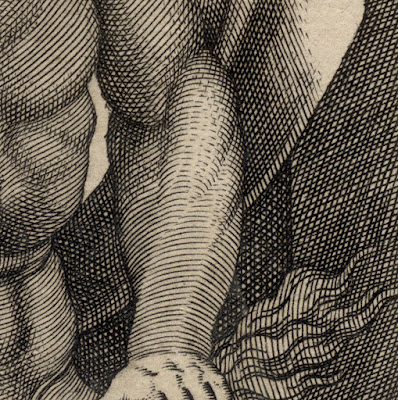 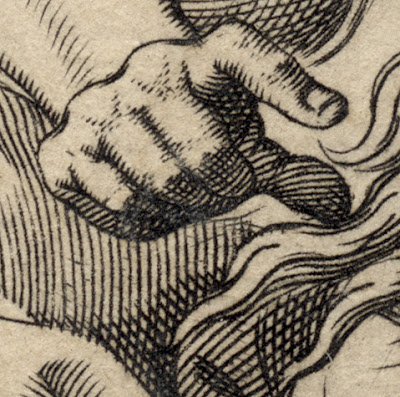 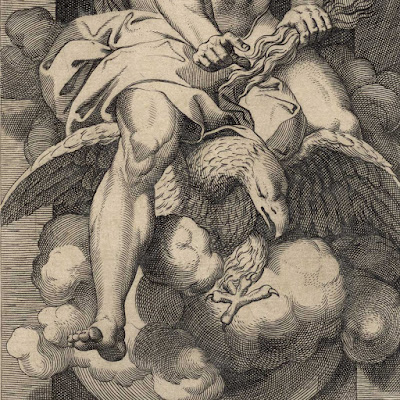 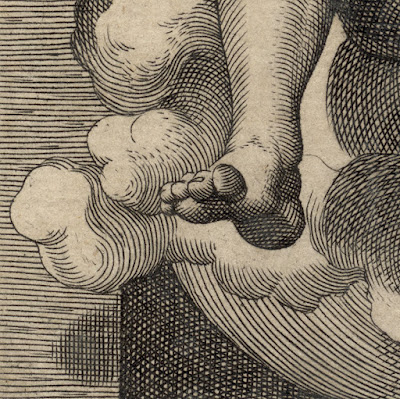 Posted by printsandprinciples at 07:10