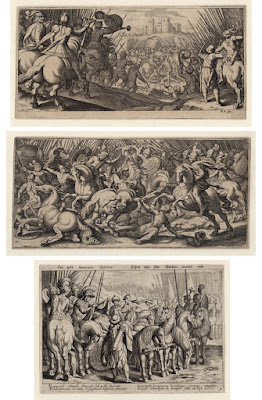 Three Battle Scenes (1580–60) by an unidentified artist—perhaps Francesco Villamena (c.1565–1624) as the sensitivity of the execution has the hallmarks of this master who is known for his engravings after Tempesta but my quandary with attributing these prints to Villamena is that he was an engraver rather than an etcher and these prints are etchings—after Antonio Tempesta (1555?–1630), after Otto van Veen (1556–1629), from the series, published by Pierre Aubry (aka Peter Aubry II; Peter II Aubry (1596–66). I wish to tentatively attribute these battle scenes to Tempesta’s series, “The Deeds of Alexander the Great” as the lettered inscription above the image borderline refers to the “Book of Darium/Darius.” I doubt that these scenes were from his other famous battle series, "Batavorum cum Romanis Bellum" (Dutch Wars with Rome), as the chaps battling the Romans do not look like ancient tribal folk from the Dutch region … but to be very honest, I am not that familiar with the dressing habits of the early Dutch beyond knowing that their eyes twinkled when they wore clogs.

Note: the Fine Arts Museums of San Francisco have the middle panel showcased on their website but the information about the print is very thin and the artist is unidentified: https://art.famsf.org/antonio-tempesta/roman-battle-scene-after-antonio-tempesta-19633036452

Condition: marvellous impressions—perhaps even faultless—trimmed and laid upon conservator’s support sheets. All sheets show yellowing to the paper but otherwise they are in superb condition.

I am selling this set of three exceptionally fine etchings after Tempesta (presumably by Francesco Villamena) for the total cost of AU$220 (i.e. the combined price of the set of three) (currently US$157.83/EUR157.83/GBP136.60 at the time of posting this listing) including postage and handling to anywhere in the world.
If you are interested in purchasing these early 17th century old-master etchings epitomising the spirit of the Baroque period, please contact me (oz_jim@printsandprinciples.com) and I will send you a PayPal invoice to make the payment easy.


These prints have been sold 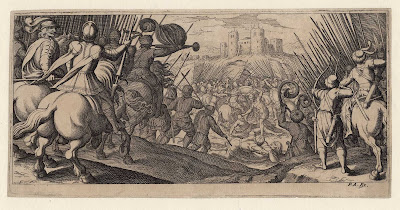 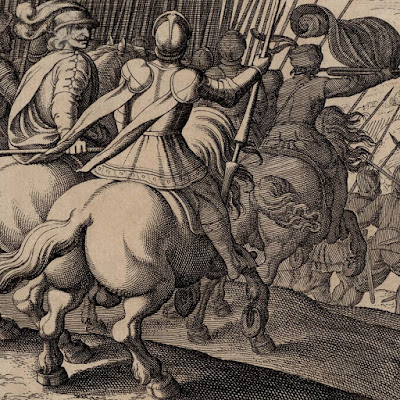 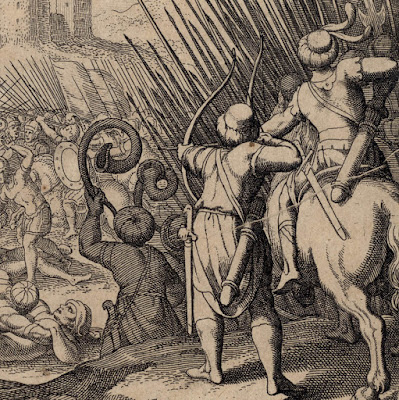 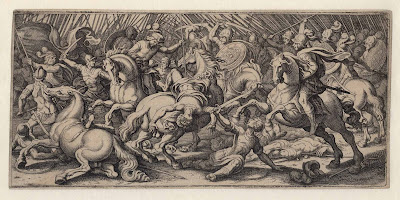 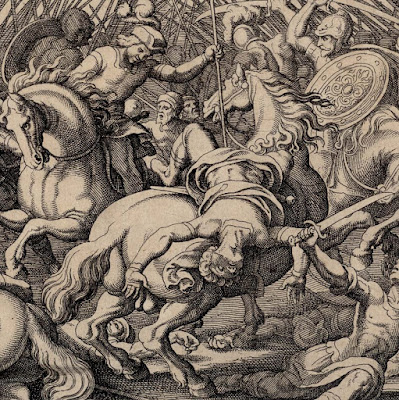 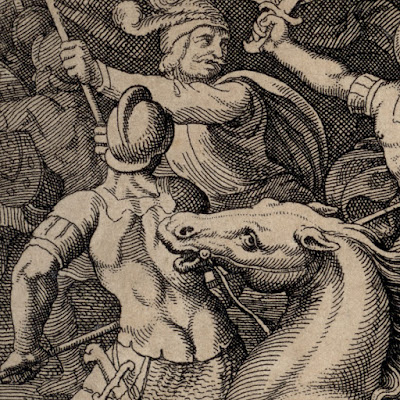 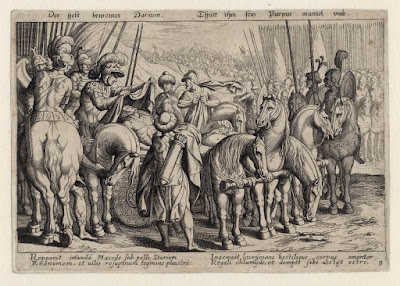 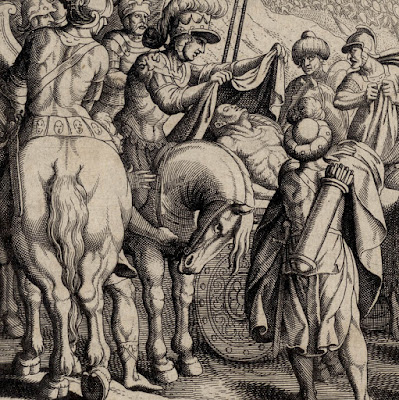 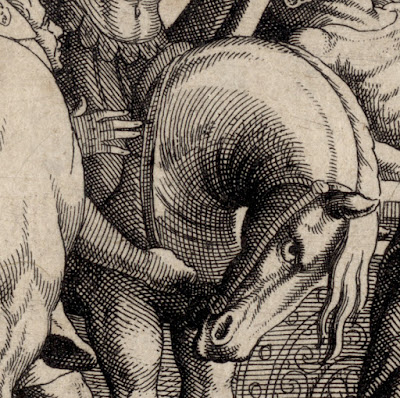 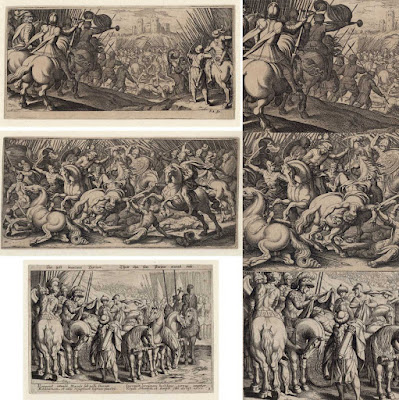 Although these very sensitively executed etchings have yellowed with time, to my eyes the paper’s golden glow adds a special historical dimension to the ancient battles portrayed. Going further, it also lends a sense of intimacy and a feeling of turmoil to the scene that other colours (e.g. a cool blue) are unlikely to evoke. Of course, each viewer responds to colours differently but this particular colour bias with all its associations of warmth and energy “works” at a subliminal level.

Regarding the composition, the upper two panels with all of the spiralling rhythms connecting the figures in the battles are perfect showcase images exemplifying the exuberance of the Baroque age when the prints were created. If I may point out just the tiny detail in the lower panel of a gesturing figure set behind the foreground horse on the far left, the small hand gesture is also a good example of how very small details contribute to the much larger feeling of energy underpinning the whole scene.

Posted by printsandprinciples at 06:34