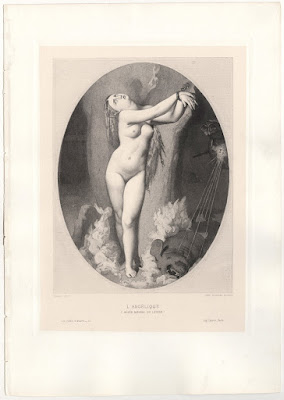 The British Museum offers the following description of this print before publication:
“Angelica, nude, tied to a rock, head tilted to the left; in oval; at her feet, the sea monster blinded by a reflection on a shield visible at right; after Ingres; proof before letter. 1863 Etching on chine collé”
(http://www.britishmuseum.org/research/collection_online/collection_object_details.aspx?objectId=3189501&partId=1&people=16174&peoA=16174-1-7&page=1)

Condition: faultless impression in pristine condition with the binding edge on the left side.

I am selling this etching by one of the major engravers of the 19th century for AU$210 including postage and handling to anywhere in the world.

If you are interested in purchasing this almost iconic image by Ingres, please contact me (oz_jim@printsandprinciples.com) and I will send you a PayPal invoice to make the payment easy. 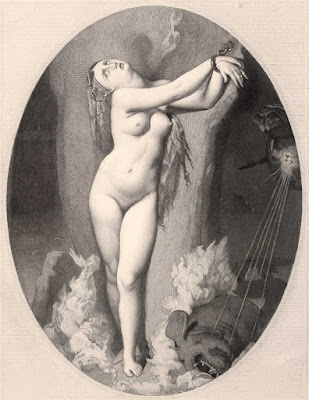 Sometimes when I remember old stories like Matteo Maria Boiardo’s epic poem “Orlando in Love” (Orlando Innamorato), 1483/95, I quietly shake my head wondering about the passions of other men and why they simply can’t get their act together.

For those unfamiliar with this story and why this heavily fleshed young lady is tied naked to a rock vulnerable to the elements and passing sea monsters, let me begin …

Angelica, the young lady portrayed here in curious circumstance like the Greek mythological figure, Andromeda, was the apple in the eye of a bevy of knights in shining armour. Two of these knights—Orlando (Roland) and Rinaldo (Renaud)—were especially smitten with her. They decided that the best way to resolve their shared love for her would be to destroy each other. During their altercations (to cut a long story short) Angelica is abducted by dreadful barbarians, stripped naked and chained to a rock on the Isle of Tears—hence the image. Fortunately, an African knight passing by on a half-horse and half-eagle steed sees her plight and kills a huge monster that had its sight set on her. This knight offers the young lady a special ring to make her invisible from the love sick, crazy Orlando who now appears on the scene wishing to show Angelica his forceful might. Of course, Angelica chooses to disappear and Orlando is left in blue misery. The story continues and ends happily with Angelica marrying a common Moorish soldier.

As an illustration of this interesting tale, I am fascinated with the way that the “damsel in distress” projects the notion of soft femininity. Certainly this expressed meaning is helped considerably by her somewhat theatrical facial expression of hopeless despair, but it is the more subtle devices that interest me. For instance, her contrapposto pose (i.e. a classical pose where the weight of the figure rests on one leg causing an “S” shaped curve to the figure's spine and countered angling of hips and shoulders) seen in combination with her crossed legs and crossed arms helps to enhance the expression of femininity. I should mention at this point the Flameng misses the point of Ingres’ arrangement of the figure, as this etching does not have the straight edge to the shadow cast by Angelica on the rock featured in the painting and, as a consequence, the contrast of the figure’s curves with the straight edge of the shadow is lost in heightening the expression of femininity. Fortunately, Flemeng uses the contrast of curve and straight line to frame the image itself. 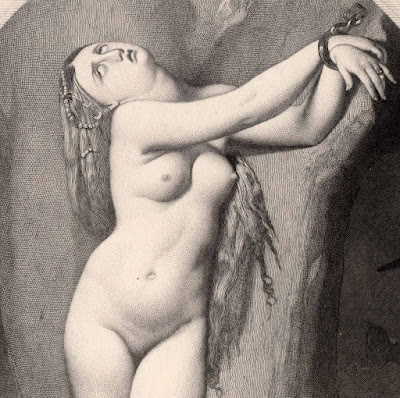 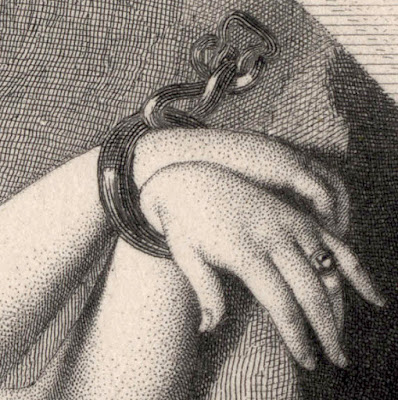 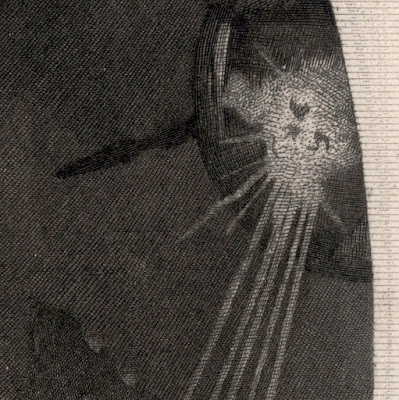 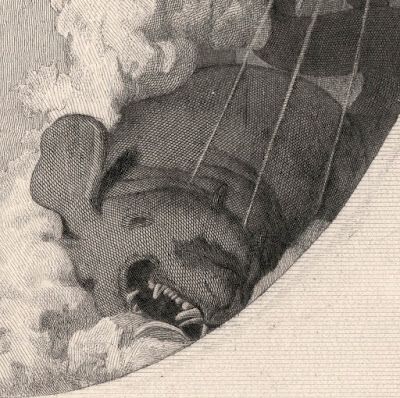 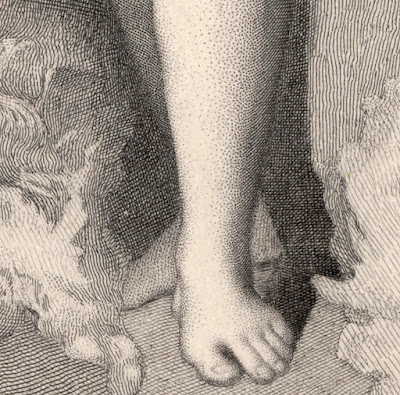 Posted by printsandprinciples at 04:30