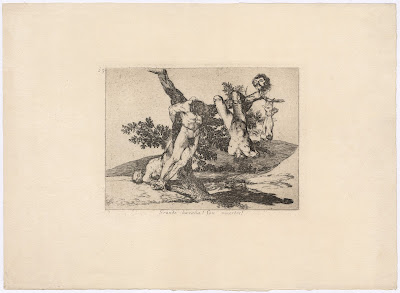 “Grande hazaña! Con muertos!” (An heroic feat! With dead men!), c1810–13, plate 39 from the series, “Los Desastres de la Guerra” (The Disasters of War), from the seventh and final 1937 edition of 150 impressions printed by the Calcogrfia Nacional (Madrid) from the original plate.

The British Museum offers the following description of this print:
“Plate 39: three corpses bound to tree stump, all castrated; one with arms amputated and decapitated, the head impaled on a branch … Etching, lavis and drypoint, with heavy surface tone”
(http://www.britishmuseum.org/research/collection_online/collection_object_details.aspx?objectId=1334974&partId=1&searchText=goya+Grande+hazana&page=1)

Condition: the impression has been recently cleaned and is now in very good condition with no tears, holes, folds, abrasions, stains or foxiing. The platemark has virtually disappeared with only a faintest trace remaining, resulting from the sheet having been flattened. (Note that other copies from this final edition also reveal soft platmarks.)
I am selling this original Goya print with generous margins as published in 1937 for a total cost of AU$537 (currently US$422.87/EUR351.45/GBP311.67 at the time of this listing) including postage and handling to anywhere in the world.

If you are interested in purchasing this genuine etching by Goya taken from the original plate, please contact me (oz_jim@printsandprinciples.com) and I will send you a PayPal invoice to make the payment easy. 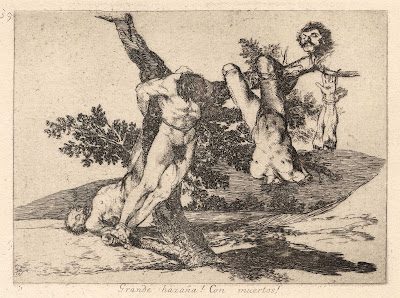 In an earlier discussion concerning past conventions of shading, I mentioned how Goya used horizontal strokes. Although this very graphic image may be difficult to visually digest and examine closely given that Goya clearly wished to shock the viewer with this dreadful scene of atrocities committed during the Peninsular War (1808–14), note how he represents shadows and broad areas of tone with horizontal lines.

Interestingly, the plate-tone of this impression (i.e. the faint grey background) and which also features in the earlier editions was not an attribute that Goya envisaged. Goya’s vision, as revealed by the early proofs that he printed (i.e. impressions made/”pulled” before an edition) was to remove all trace of surface ink so that the dark intaglio lines contrast strongly with the white of the paper. No doubt the publishers of this print wished to make the image more “finished” (i.e. pictorially resolved) as they not only added the plate tone but also introduced the image borderline to define where the image “ends” so that the inscribed title would rest with conventional formality below the border. 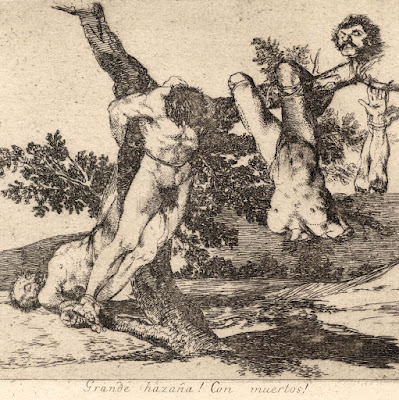 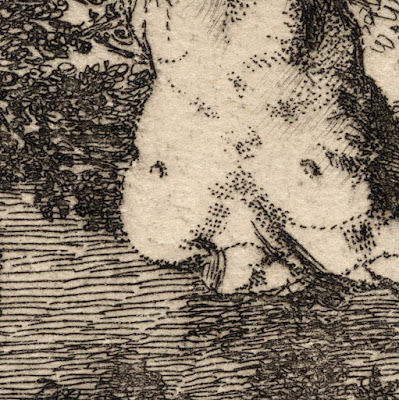 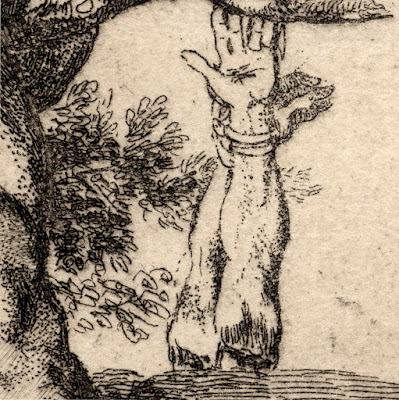 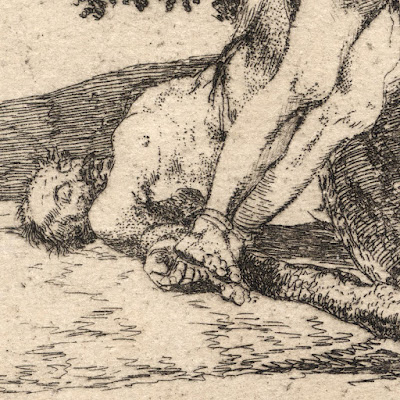 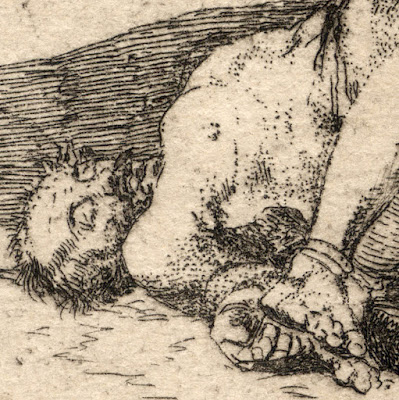 Posted by printsandprinciples at 20:47

Email ThisBlogThis!Share to TwitterShare to FacebookShare to Pinterest
Labels: Goya