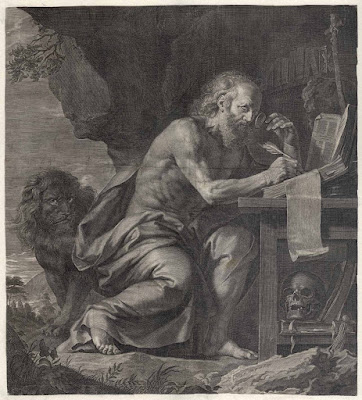 Condition: the impression is crisp but there are numerous restorations and stains. The sheet is laid onto a washi paper support sheet.

I am selling this large engraving executed in exceptionally fine detail from the mid-1600s for the total cost of AU$152 (currently US$119.20/EUR98.74/GBP87.98 at the time of posting this listing) including postage and handling to anywhere in the world. Note: the print was originally glued to a support sheet of an old engraving featuring the date “1654” and I am delighted to include this fragment of an engraving with the purchase of this print.

If you are interested in purchasing this remarkable engraving filled with the attributes of St Jerome—viz. the lion which followed him after the saint removed a thorn from its paw; the “hermit’s cave” in which he lived (note that as this is a male hermit’s cave as the location is far from town whereas a female hermit’s cave is usually represented as close to town); the saint’s “cardinal clothes”; the cross above his bookstand; the skull beneath his desk; the books and his writing material—please contact me (oz_jim@printsandprinciples.com) and I will send you a PayPal invoice to make the payment easy. 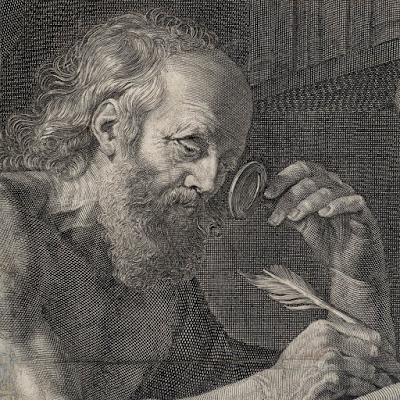 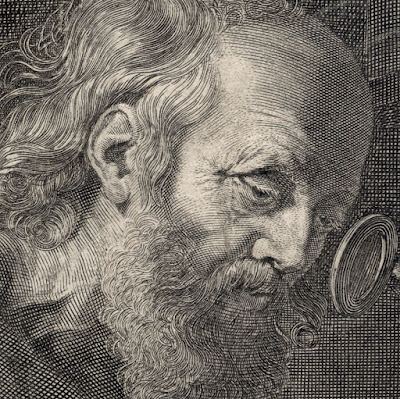 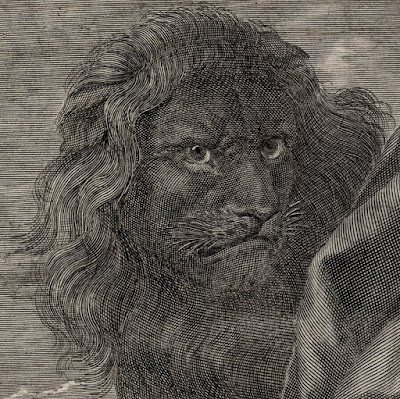 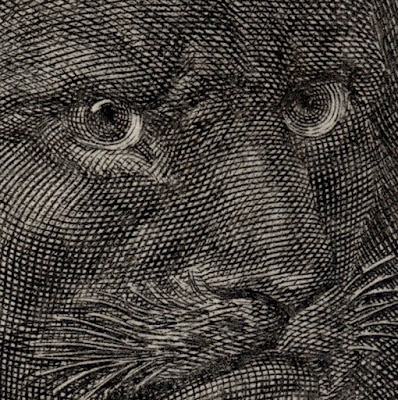 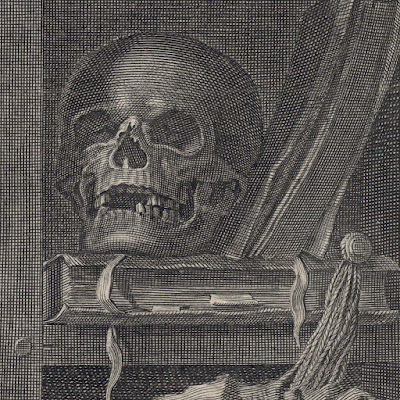 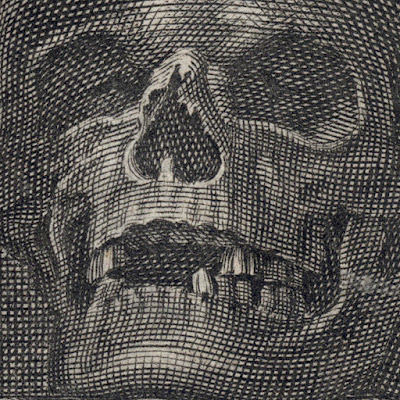 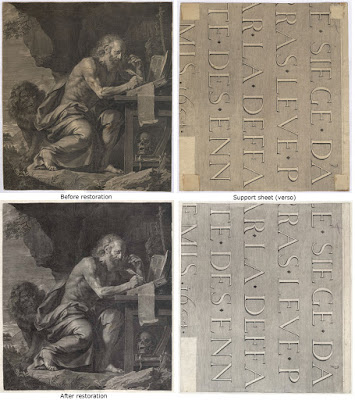 For a change in the daily discussions, I thought I would share a small sequence of photos showing the process that I used to restore this very beautiful print that centuries of handling and accumulation of dirt has darkened and made fragile.

My first step was to bathe the print in distilled water placed in the sun. The aim at this point was to rinse away the surface dirt and to “kill” the mould in the sun’s UV. Equally important, I wanted to soften the paper so that the old support sheet—an engraving dating back to the Siege of Smolensk in 1654 (the date is inscribed in the print)—could be removed and replaced with fresh archival paper designed to last a few millenniums into the future.

In the photos showing the roller, the old engraved support sheet is being carefully parted from Poilly’s engraving lying face down—I worked hard to ensure that both prints were preserved as both are wonderful. What came as a surprise is that I discovered a piece of grass (or an insect’s preserved leg) sandwiched between the two prints … yuck! ... This explained a mysterious stain on both prints. 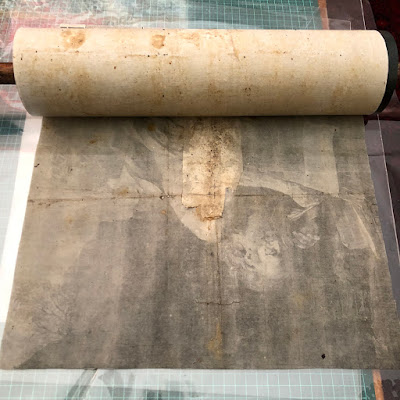 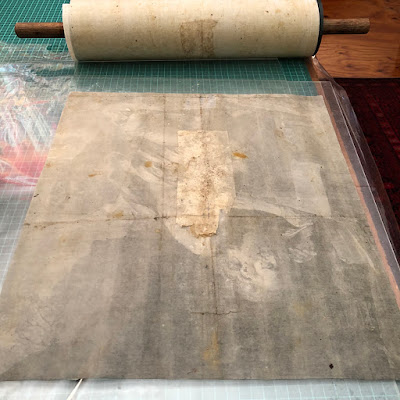 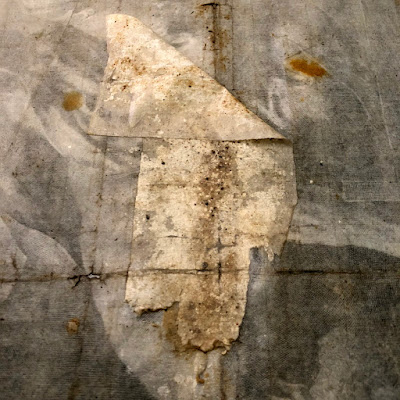 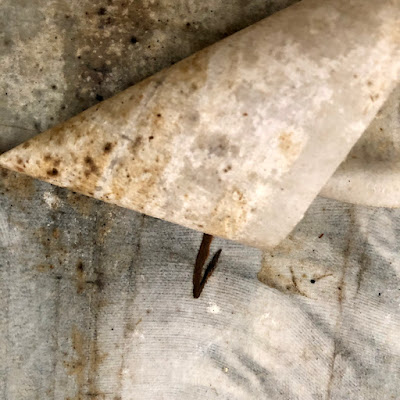 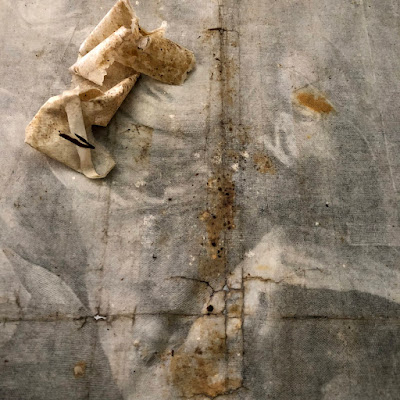 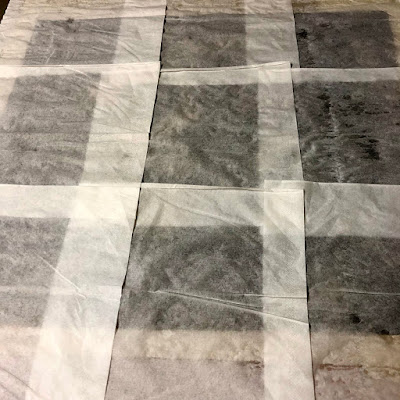 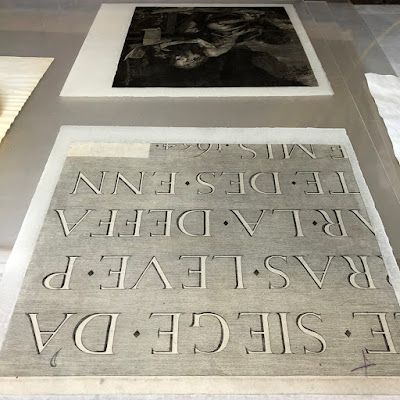 Posted by printsandprinciples at 07:02