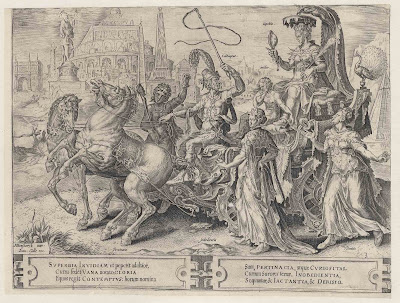 Engraving on laid paper with margins on the bottom and left sides, trimmed to the image borderline at the top and right sides, and backed with a support sheet.
Size: (sheet) 22.5 x 30.2 cm
Inscribed on plate within the image borderline: (lower left) "MHeemskerck inue. / Ioan. Galle exc"; (lower right) "3"; (near each allegorical figure personified from left) “Curiostas”; “Pertinacia”; “Lactantia”; Inobedientia”; “Contemptus”; “Inuidia[m?]; “Superbia”; "Derisio”.
Lettered on plate below the image borderline in two strapwork cartouches with three lines of text in each listing the allegorical figures: “SVPERBIA INVIDIAM  .../ …/ …//…/ …/ …DERISIO".
State iii (of iii) with publication details for “Ioan Galle” (aka Joannes Galle) and reversal/correction of the earlier mirror-image number, “3”.

Note: this print was previously attributed to Dirk Volkertsz Coornhert (1522–1590) but this attribution is now rejected.

The British Museum offers the following description of this print;
“The triumph of Pride; 'Superbia', holding a mirror and peacock feather, sits atop a chariot driven by 'Contemptus', brandishing a whip; the chariot is accompanied by allegorical figures, including 'Derisio', holding two ears; after Heemskerck. 1564”
(https://www.britishmuseum.org/research/collection_online/collection_object_details.aspx?objectId=1526501&partId=1&people=121583&peoA=121583-2-23&page=2)

Condition: crisp and well-printed impression with small margins around the platemark on the left and lower edge, trimmed along the image borderline on the right and upper edge. The sheet is in excellent condition in terms of being free of holes, creases, abrasions, significant stains, foxing or signs of handling, but there is a closed tear (approximately 1 cm) on the lower edge. The sheet has been laid upon a support sheet of archival (millennium quality) washi paper.

I am selling this allegory set against an townscape of Roman antiquity about the attendant miseries of pride personified in mythological figures—the grim figure of Envy (Invidia) shown sucking on a heart at the feet of Pride (Superbia) portrayed seated on the wagon pulled by the horses Curiosity (Curiostas) and Pertinacity (Pertinatia) that are being driven by whip wielding Contempt (Contempus) accompanied by Ostentatiousness (Jactantia), Insubordination (Inobedientia) and Derision (Derisio)—for AU$430 (currently US$302.99/EUR264.69/GBP238.56 at the time of this listing) including postage and handling to anywhere in the world (but not, of course, any import duties/taxes imposed by some countries).

If you are interested in this remarkable Renaissance period engraving saturated with symbolism, please contact me (oz_jim@printsandprinciples.com) and I will send you a PayPal invoice to make the payment easy. 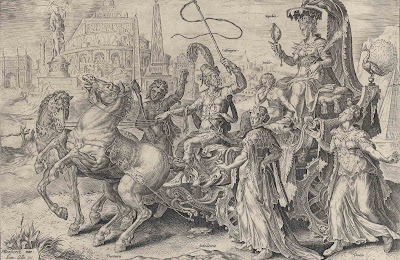 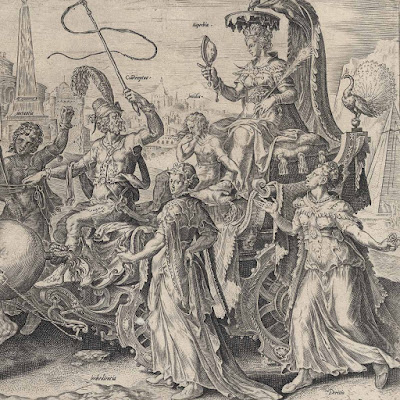 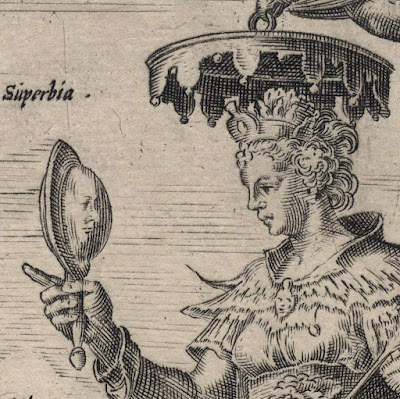 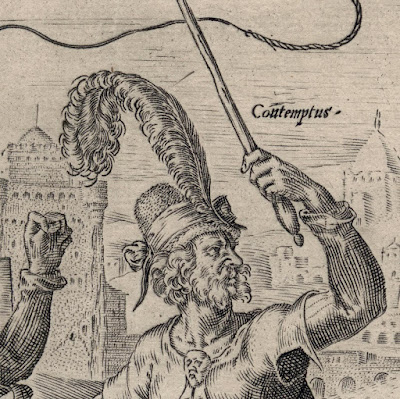 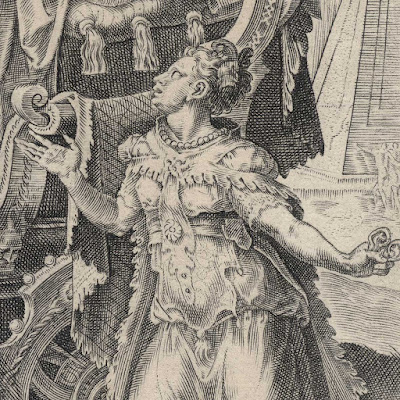 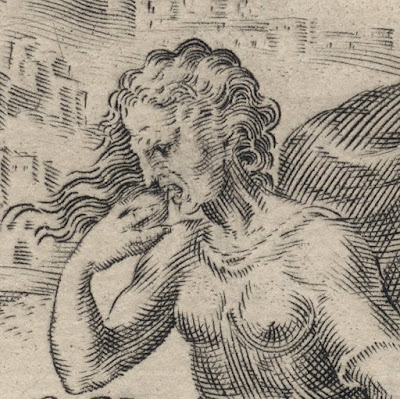 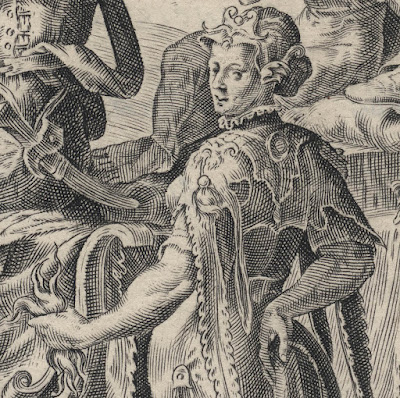 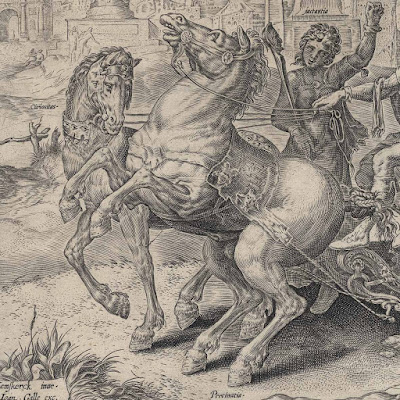 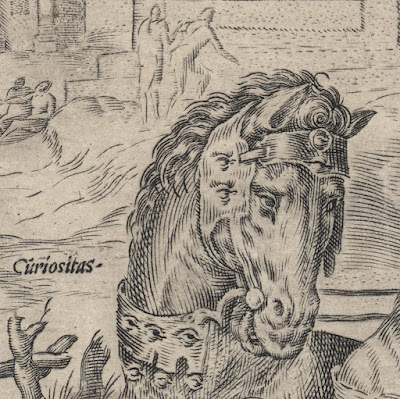 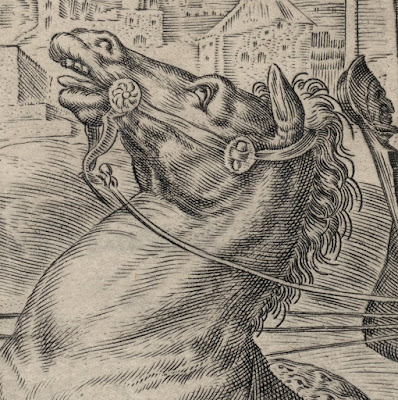