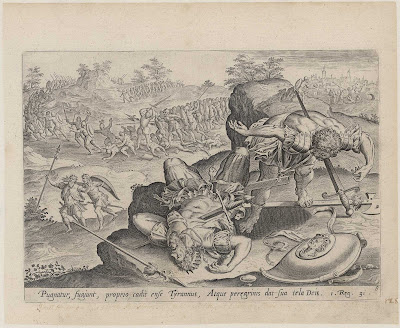 The British Museum offers the following description of this print:
“Saul and his armour-bearer kill themselves with their swords. Saul seen dead on the ground, run through by his own sword; his armour-bearer seen to right, falling on his sword; a shield, decorated with a head of a Medusa, seen in the foreground; behind, the Philistines fighting against the Israelites; Saul and his armour-bearer seen escaping to left; after Ambrosius Francken. 1579”
(https://www.britishmuseum.org/research/collection_online/collection_object_details.aspx?objectId=1624133&partId=1&searchText=Hans+Collaert+Saul+suicide&page=1)

Condition: crisp and well-printed impression with no sign of wear to the printing plate, backed with a support sheet of fine archival/millennium quality washi paper. The engraving has reasonably wide margins (1.7 cm on the sides; 4 cms at the top; 1.9 on the bottom) and the sheet is in excellent condition (i.e. there are no tears, holes, creases, significant stains or foxing) with an antique hand-written report in faded brown ink below the printed text line.

I am selling this eye-catching and very rare engraving showing Saul’s companion (an armour-bearer) committing suicide by falling on his sword while the battle of Giboa between the Philistines and the Israelites rages in the distance, for the total cost of AU$278 (currently US$193.38/EUR170.85/GBP152.08) including postage and handling to anywhere in the world (but not, of course, any import duties/taxes imposed by some countries).

If you are interested in purchasing this illustration to the Old Testament with multiple narratives—note Saul and his armour-bearer in the middle-distance at left fleeing the Philistines before later committing suicide as shown in the foreground—please contact me (oz_jim@printsandprinciples.com) and I will send you a PayPal invoice to make the payment easy. 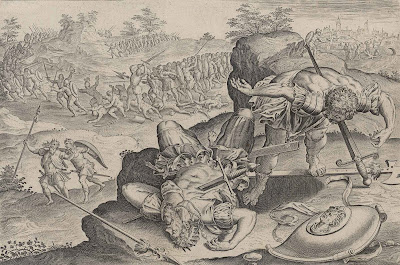 For those interested in the verses from the Old Testament that this engraving illustrates, see the following NIV translation of the relevant passage (1 Samuel 31):

1 Now the Philistines fought against Israel; the Israelites fled before them, and many fell dead on Mount Gilboa.
2 The Philistines were in hot pursuit of Saul and his sons, and they killed his sons Jonathan, Abinadab and Malki-Shua.
3 The fighting grew fierce around Saul, and when the archers overtook him, they wounded him critically.
4 Saul said to his armor-bearer, “Draw your sword and run me through, or these uncircumcised fellows will come and run me through and abuse me.” But his armor-bearer was terrified and would not do it; so Saul took his own sword and fell on it.
5 When the armor-bearer saw that Saul was dead, he too fell on his sword and died with him.
6 So Saul and his three sons and his armor-bearer and all his men died together that same day.
(https://www.biblegateway.com/passage/?search=1+Samuel+31&version=NIV) 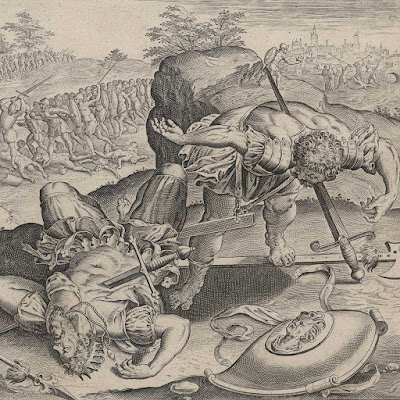 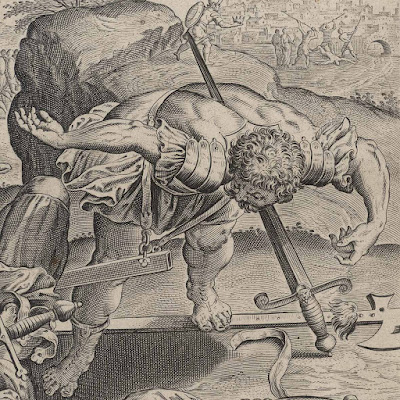 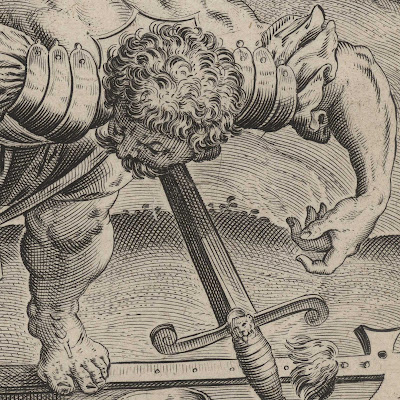 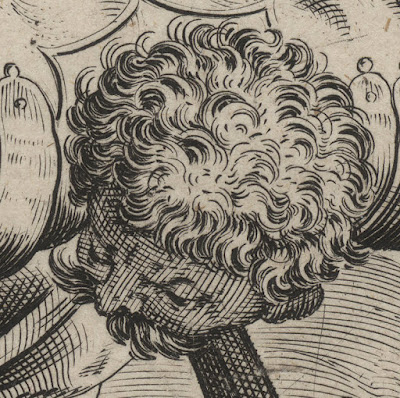 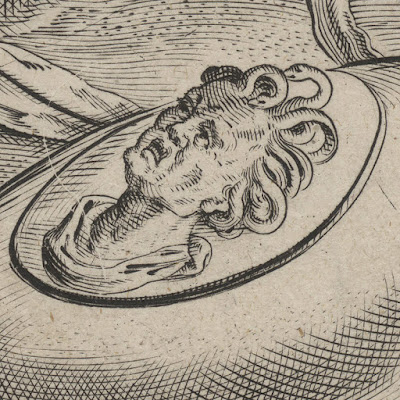 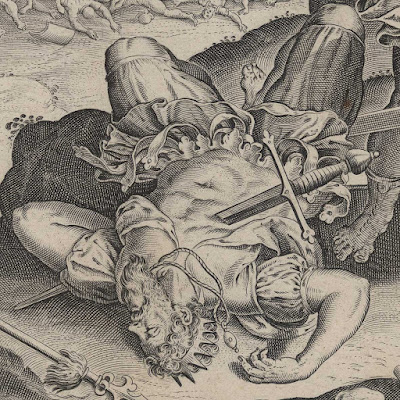 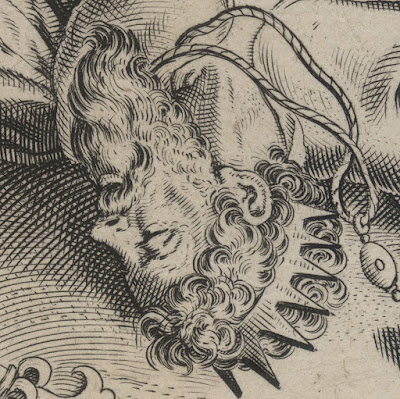 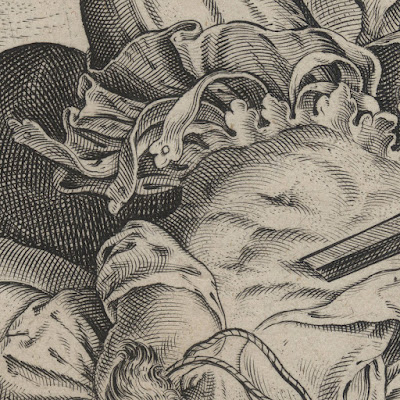 Posted by printsandprinciples at 05:21