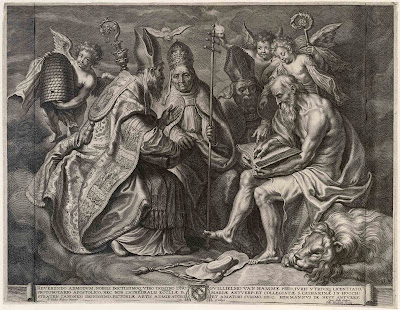 “The Four Fathers of the Latin Church” (aka “The Four Fathers of the Church Disputing”; “De vier kerkvaders” [The Four Church Fathers]), c.1636 (c.1630–1642), commissioned by Herman de Neyt, published by Gillis Hendricx (aka Gilles Hendrikx) (fl.1640–77) in Antwerp with a dedication to Willem van Hamme, after a painting formerly attributed to Peter Paul Rubens (aka Petrus Paulus Rubenius) (1577–1640) and now attributed to Jacob Jordaens (1593–1678), in the Nationalmuseum, Stockholm, inv.no.595 (see http://collection.nationalmuseum.se/eMP/eMuseumPlus?service=ExternalInterface&module=collection&objectId=17598&viewType=detailView).

State iii (of iii) “with two strips of plates added on either side” (see BM inv.no. R,3.94) and a small increase in the size of the side panel showing two lines at lower left outside text box image borderline (cf. Rijksmuseum state ii [inv. no. RP-PHO-60] and state iii [inv. no. RP-P-1939-156]). Note that Hollstein proposes only two states in which case this impression is state ii (of ii).

The British Museum offers the following description of this print:
“The four Latin Doctors of the Church; St Ambrose at left, holding a crook and wearing a mitre, behind him a putto holds a beehive (symbol of the sweetness of his words); St Gregory seated at centre, wearing papal tiara; at right St Augustine with two angels above holding his attributes (a burning heart and a crook); St Jerome seated at far right, his hat lying at his feet, a lion asleep at his side; the Holy Spirit above; second state with two strips of plates added on either side”
(https://research.britishmuseum.org/research/collection_online/collection_object_details.aspx?objectId=1636239&partId=1&searchText=Church+Cornelis+Galle&page=1).

Condition: richly inked early impression trimmed with a narrow margin around the platemark and laid onto a support sheet of millennium quality washi paper. Beyond replenished chips around the margin the sheet is in excellent condition (i.e. there are no tears, holes, folds, abrasions, significant stains or foxing).

I am selling this large masterpiece from the early 17th century exemplifying the attributes of the Baroque period with its breadth of compostion (note that this impression shows the extension of the image on the centre plate with two additional side plates to enlarge the scope of the portrayed scene), the love of flowing rich fabrics and theatrically dramatic lighting and body gestures, for the total cost of AU$560 (currently US$331.72/EUR303.89/GBP280.28 at the time of this listing) including postage and handling to anywhere in the world (but not, of course, any import duties/taxes imposed by some countries).

If you are interested in purchasing this stunningly beautiful engraving showing the four Church Fathers in animated discussion about the Bible—(from left) Pope Gregory Ambrose with his attribute of a beehive (because he was a sweet talker!); St Gregory with the dove of the Holy Spirit above him; St Augustine with the burning heart held above him;  St Jerome with his lion attribute sleeping peacefully beside him—please contact me (oz_jim@printsandprinciples.com) and I will send you a PayPal invoice to make the payment easy. 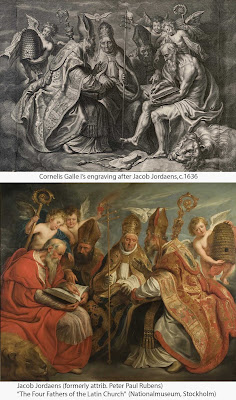 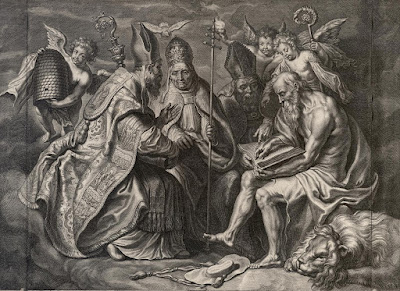 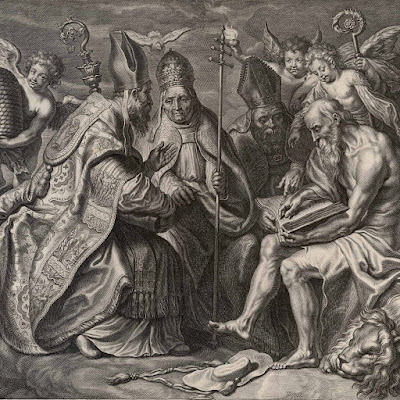 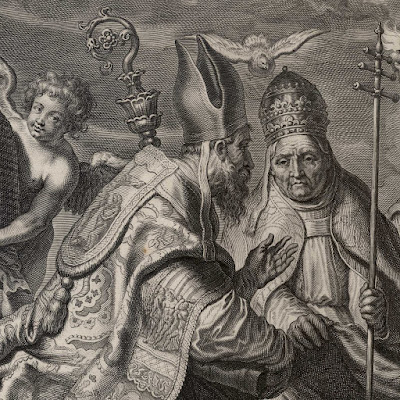 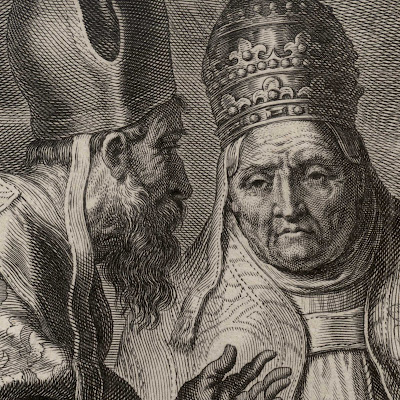 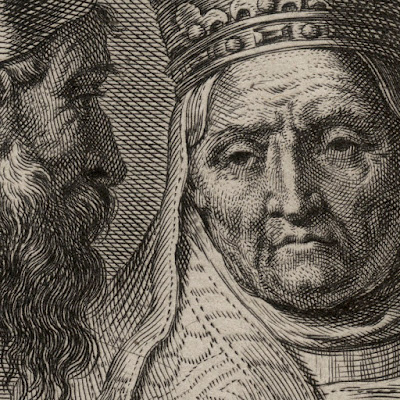 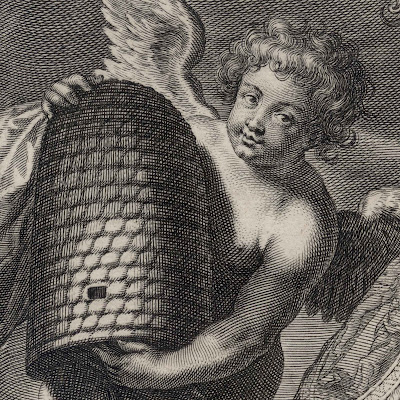 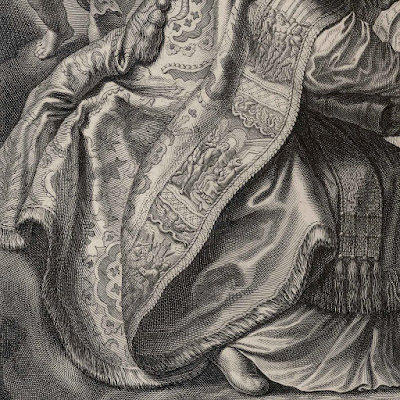 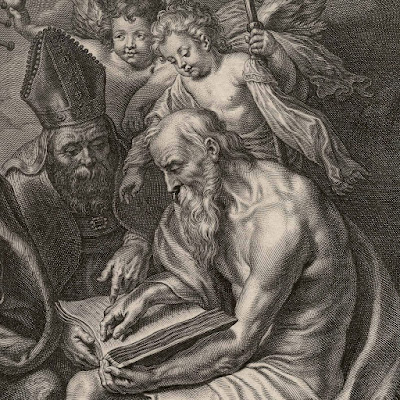 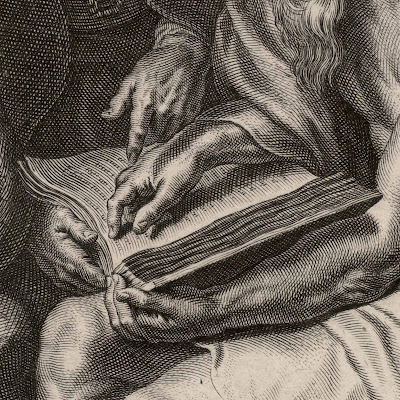 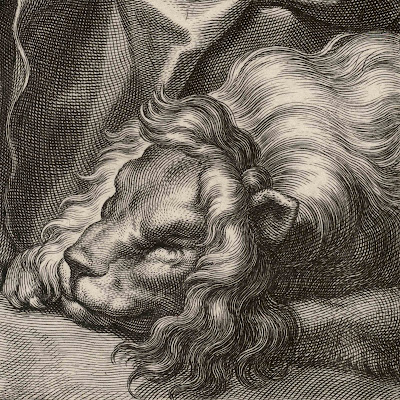 What was a perplexing conundrum for me has been solved … thank goodness!

After deep navel gazing, and comparing once again the Rijksmuseum’s impressions of states ii and iii of this print, I’ve decided that the Rijksmuseum may be in error and the impression proposed as state ii is actually state iii and vice versa. The reason is simple: the plate has been reduced in size from 47.5 cm to 47.1 cm in width which means that the large plate is the earlier state and the smaller plate is the later state. Mindful of this logic, the listed impression is now from the second state (of three) and shows the larger margin around the image borderline with overdrawn marks of horizontal shading that are trimmed off in the later state.

Posted by printsandprinciples at 01:37