Valentin Lefebre’s etching, "St Jerome in the Wilderness”, 1682, after Titian 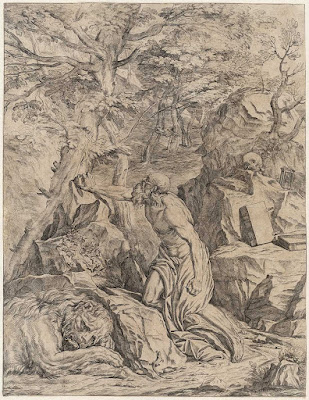 Etching on laid paper trimmed along the image borderline with loss of the lines of text below the image and backed with a support sheet.
Size: (support sheet) 46.4 x 33.5 cm.
Lifetime/early impression before burin retouching by Johann Gottfried Seuter (aka Gottifredo Saiter) (1717–1809).

The British Museum offers the following description of this print:
“St Jerome in the wilderness, after Titian, with the saint kneeling before a cross, holding a stone in his left hand, his right hand grasping the stone upon which stands the cross; a lion and a lizard at his feet, to left; a skull, an hourglass and several books on a rock behind him, to the right; trees in background.”
(https://www.britishmuseum.org/collection/object/P_1874-1212-316).

The Curator of the British Museum also advises:
“This is a copy in reverse after the painting by Titian, formerly in the Church of Santa Maria Nuova in Venice, but transferred to Milan to the Accademia di Brera” (ibid).
See also the description of this print at the Rijksmuseum:
http://hdl.handle.net/10934/RM0001.COLLECT.138870.

Condition: Strong impression trimmed along the image borderline with loss of text below the image and laid onto a support sheet of millennium quality washi paper. The sheet has mellowed with age-toning to a light ochre colour and there are replenished losses to the left edge and upper right corner (almost invisible) and other minor nicks and tears within the image (now restored).

I am selling this large etching full of symbolism—for example, the vanitas symbols of the skull and hourglass behind the saint alluding to the transience of life, the lizard climbing up the rock upon which the saint rests his knee symbolising devilish temptation and the ivy further up the rock may hint at the wood of the cross—for AU$334 (currently US$232.96/EUR205.51/GBP184.82 at the time of posting this print) including postage and handling to anywhere in the world (but not, of course, any import duties/taxes imposed by some countries).

If you are interested in purchasing this exceptional etching that almost shimmers in the complex rhythms of lines, please contact me (oz_jim@printsandprinciples.com) and I will send you a PayPal invoice to make the payment easy. 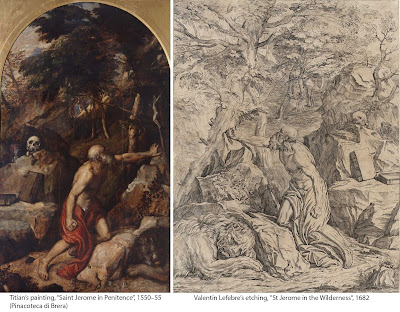 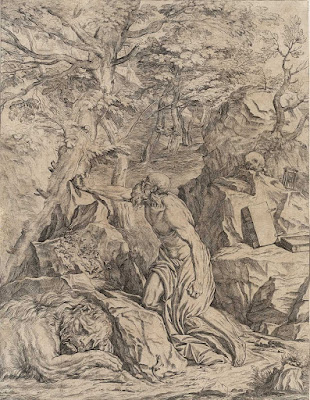 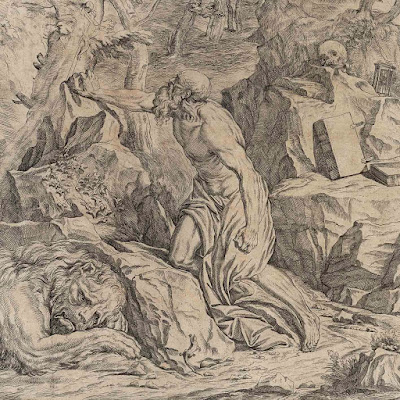 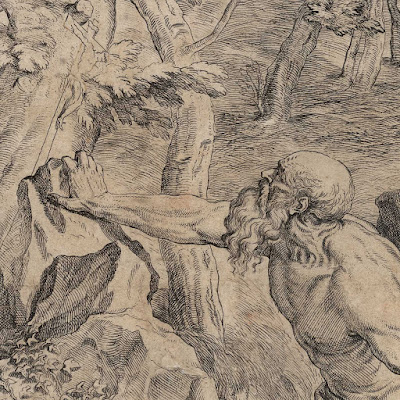 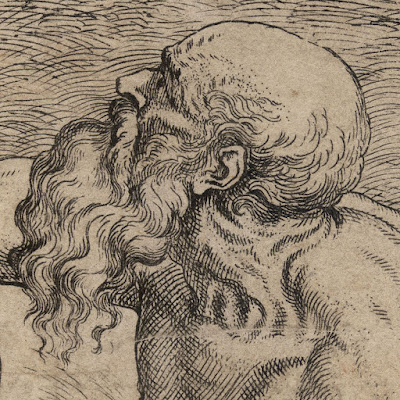 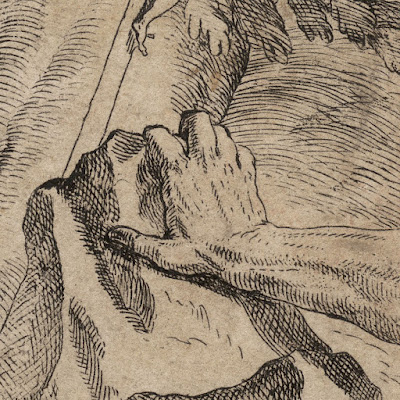 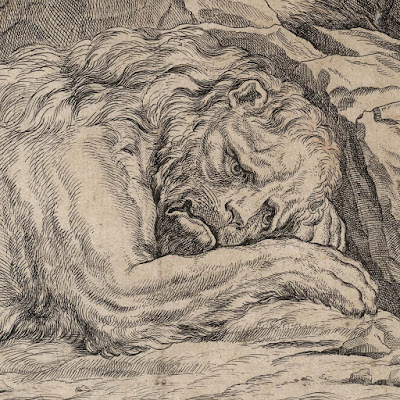 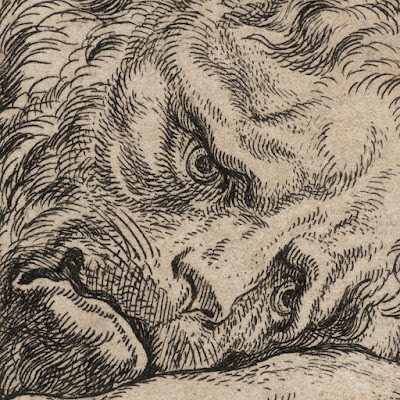 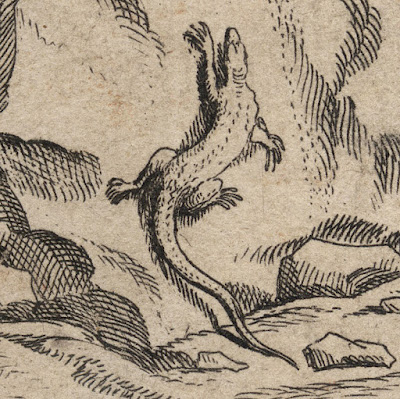 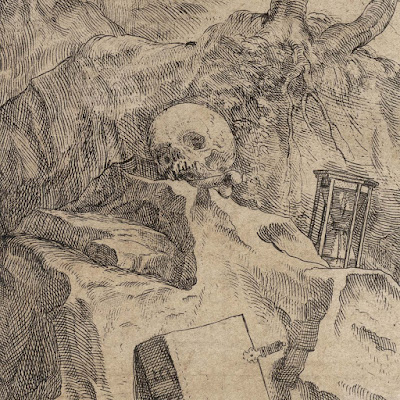 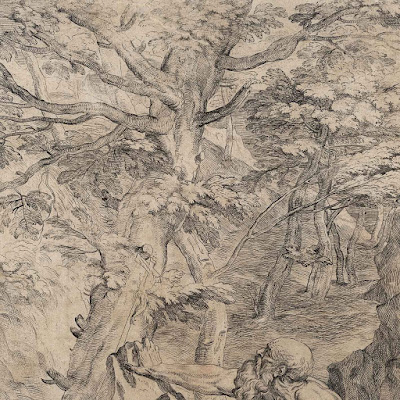