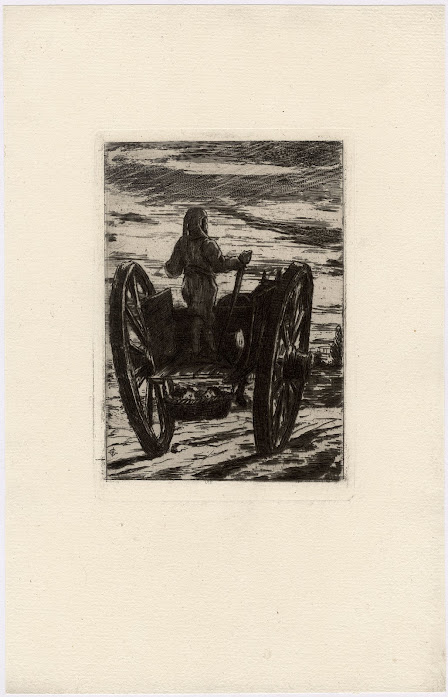 “The Executioner, Black Reaper, Standing in His Cart” (aka “Aux Femmes”), 1875, plate eight from the series of ten etchings illustrating Victor Hugo's scathing condemnation of Louis-Napoléon's regime, “Les Châtiments” (The Punishments), published in 1875 by Librairie Nouvelle (fl.1851–1880) in Paris and printed by Charles Delâtre (fl.c.1872–1876) on “papier de Hollande”—a “luxury” Dutch laid paper. I understand that excerpts from “Les Châtiments” were printed on loose thin sheets and inserted between the prints (see https://www.britishmuseum.org/collection/object/P_1900-1231-6048).

Etching with retroussage toning on cream laid paper with full margins as published.

Les Musées de la Ville de Paris offers the following insights about the series of etchings in which this print features:

(Transl.) “The engraver Henri Guérard, who was close to Manet, who considered him 'the only etcher' and his 'best shooter', made his debut in the entourage of Richard Lesclide, secretary of Victor Hugo, by collaborating in particular on its review 'Paris à l'eau-forte'. It was at Lesclide's request that Guérard produced at least two series of etchings for the in-8 publication of Victor Hugo's 'Châtiments' in the New Bookstore Edition, but also for 'napoléon le patit' and perhaps be for 'Story of a crime'. The engravings would have been censored. In fact, they are not announced by the Bibliography of France, nor even indicated in the Inventory of the French collection of the National Library. Only the series for 'Les Châtiments' seems to have been published in a portfolio under the title: 'Series of ten etchings by Henry Guérard on Dutch paper for the illustration of the Châtiments by Victor Hugo, Paris, Librairie Nouvelle', at price of 6 francs. Only some plates have a final letter with a number. The numbering is also discontinuous. The collection preserved by the museum is particularly valuable, given the reported rarity of these engravings. In fact, it retains compositions and variations not selected, as well as practice tests.” (https://www.parismuseescollections.paris.fr/fr/node/695172#infos-principales)

Condition: near faultless impression with full margins in near pristine condition (i.e. there are no tears, holes, folds, abrasions, stains, foxing or signs of handling).

I am selling this exceptionally rare etching for AU$223 (currently US$159.93/EUR136.19/GBP123.69 at the time of posting this print) including Express Mail (EMS) postage and handling to anywhere in the world, but not (of course) any import duties/taxes imposed by some countries.

If you are interested in purchasing this grimly superb etching of an executioner holding an axe on his horse-drawn cart, please contact me (oz_jim@printsandprinciples.com) and I will send you a PayPal invoice to make the payment easy. 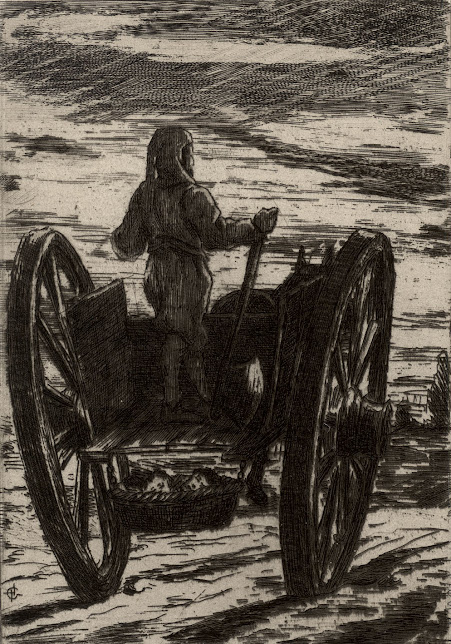 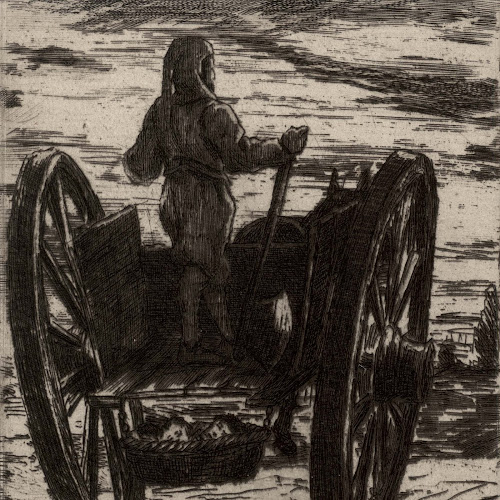 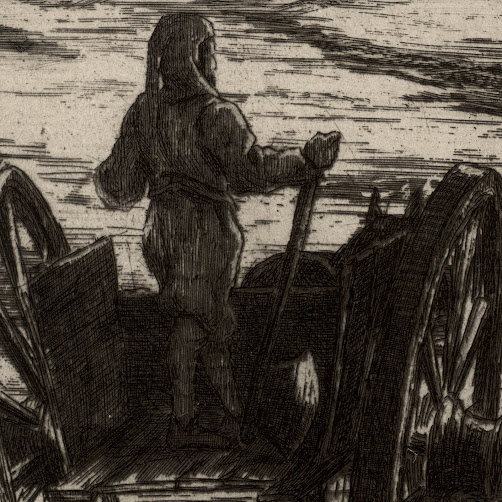 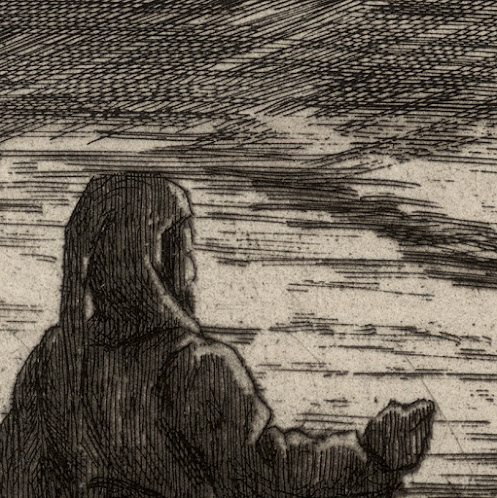 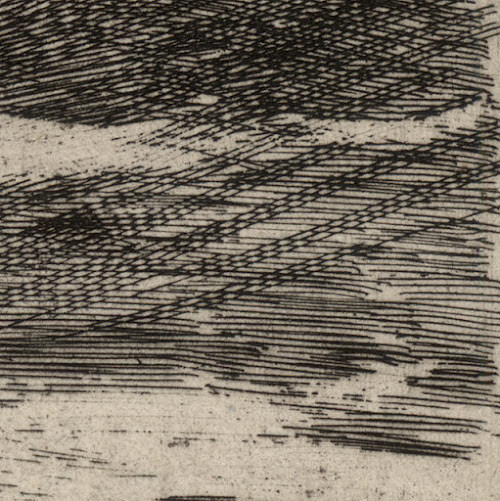 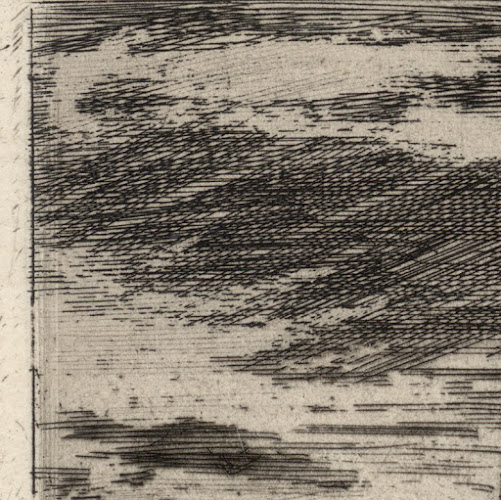 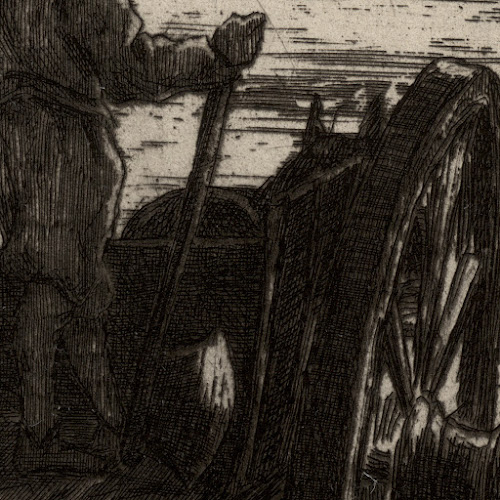 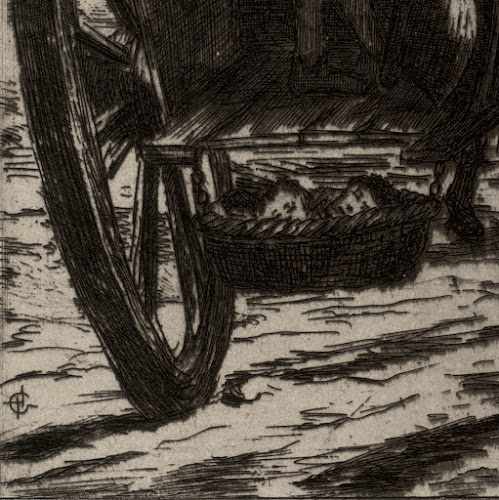 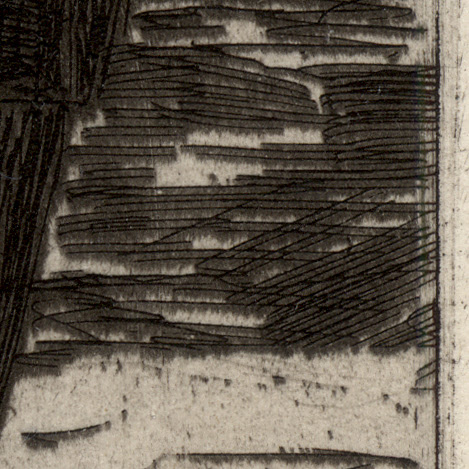 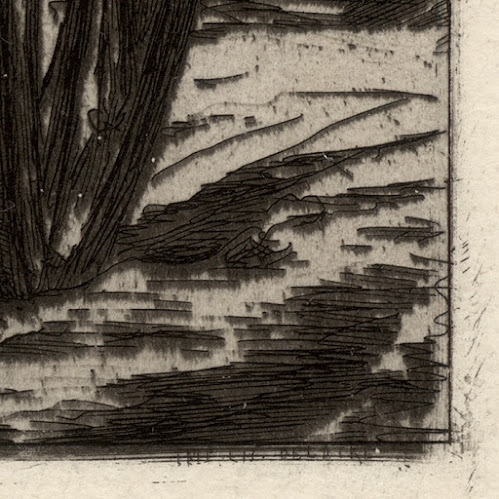