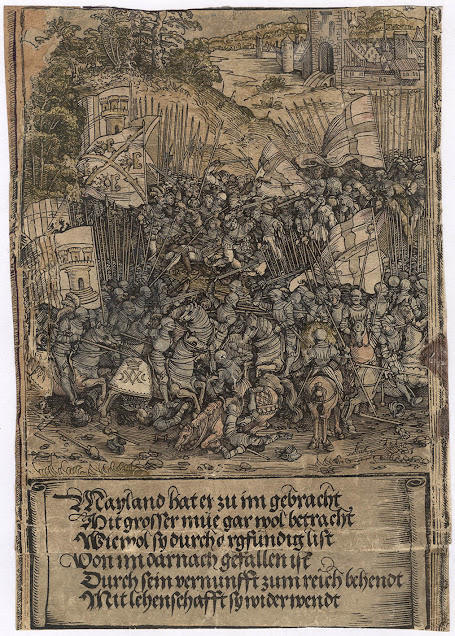 Note that this is the second plate from Dürer's large composite print (“Triumphal Arch of Emperor Maximilian I”) that I have listed. The previous plate has been sold.

Woodcut and letterpress with old colouring on laid paper (with many restorations) trimmed close to the image borderline on the top and sides, and with six lines of letterpress text below the lower borderline.

Regarding the use of colour on this print, Giulia Bartrum (1995) in “German Renaissance Prints: 1490–1550” (British Museum Press) advises that some of the first edition impressions “have extensive contemporary colour on them” (p. 53).

Lifetime impression from the first edition (as signified by the verses of the letterpress text).

The British Museum offers the following description of this print from the third edition with Latin prose by Benedictus Chelidonius, printed by Hieronymus Andreae in c1520: “Woodcut of the complete series of twenty-one historical subjects; the expulsion of the French from the Kingdom of Naples, with the French troops on the right, being defeated by infantry and cavalry on the left carrying the banners of Castile and Aragon, Sicily and Burgundy, above is a scroll with five lines letterpress. 1515 Woodcut and letterpress (https://www.britishmuseum.org/collection/object/P_E-2-337).

Condition: a strong impression with early (possibly contemporary?) hand-colouring and a collector’s stamp verso. The sheet is in poor condition with many restorations.

I am selling this exceptionally rare woodcut executed as a panel in one of the most important (certainly one of the largest) composite prints from the Renaissance period compromising 195 separate woodcuts, for the total cost of AU$328 (currently US$236.40/EUR203.71/GBP175.73 at the time of posting this listing) including postage and handling to anywhere in the world (but not, of course, any import duties/taxes imposed by some countries).

If you are interested in purchasing this superb (but very damaged) woodcut with early colouring—possibly from the time of printing as the complete multi-panel print was usually coloured—please contact me (oz_jim@printsandprinciples.com) and I will send you a PayPal invoice to make the payment easy. 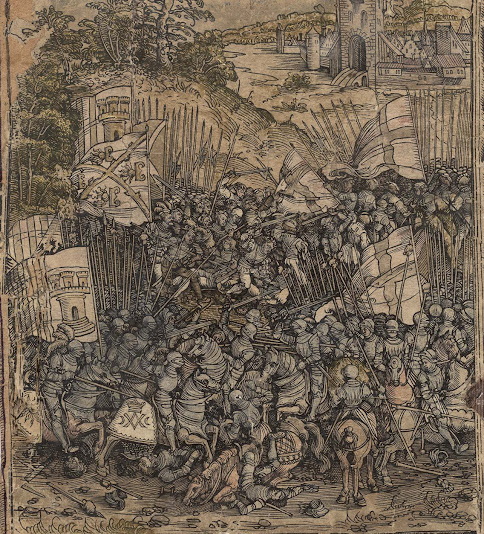 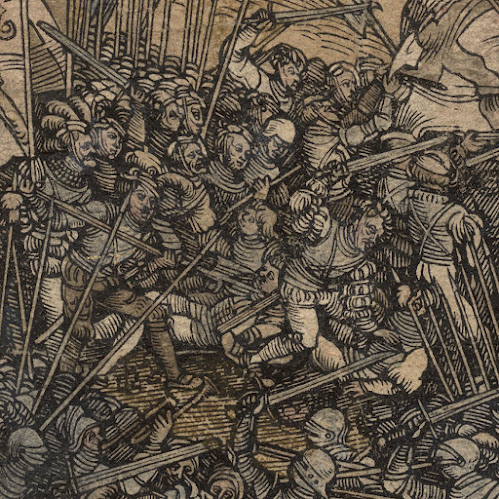 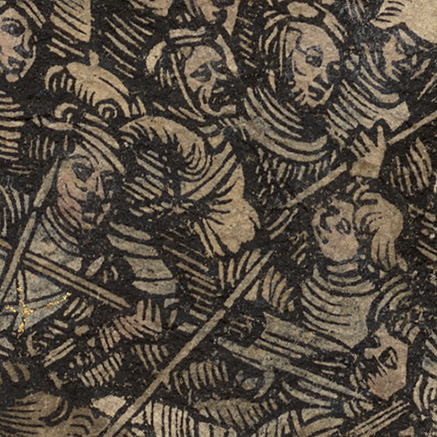 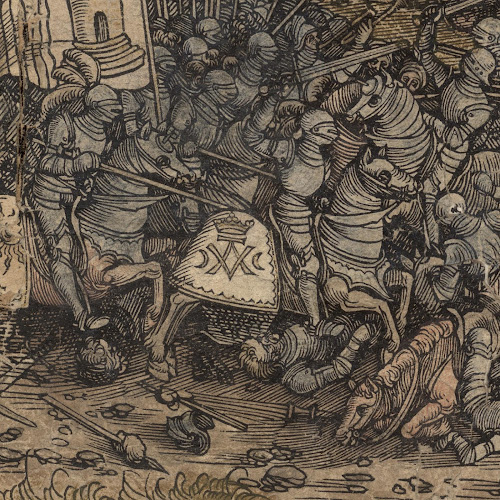 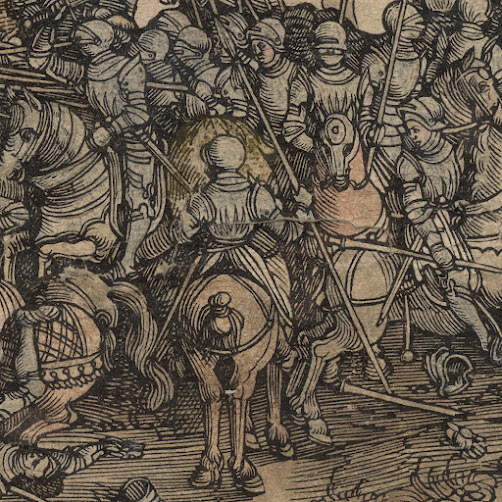 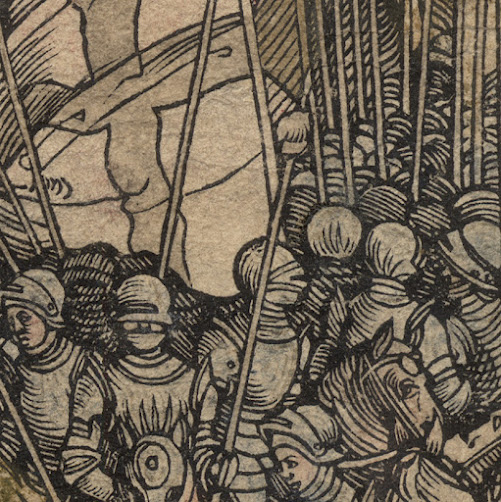 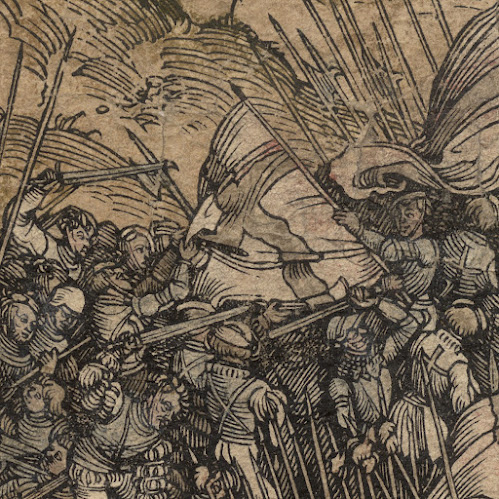 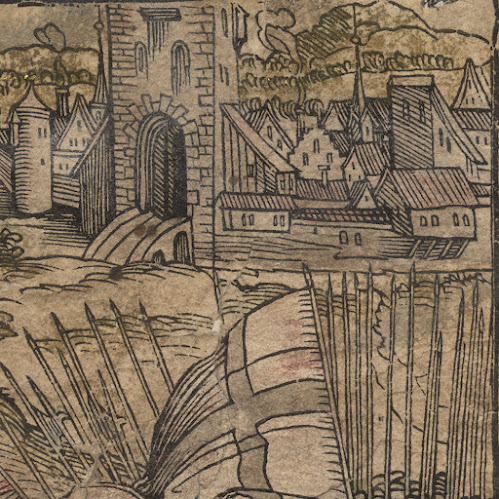 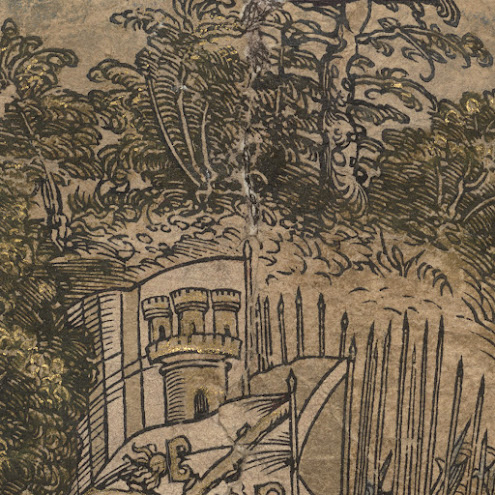 Posted by printsandprinciples at 23:26