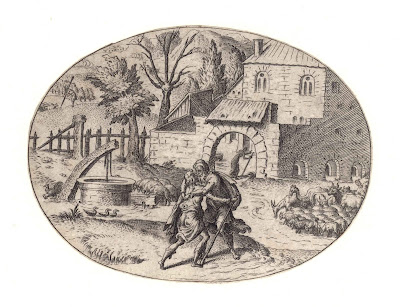 Condition: well-inked and well-printed crisp impression trimmed along the oval image borderline and laid upon a conservator’s support sheet; otherwise the print is in near pristine condition.

I am selling this small and finely executed print executed in 1561 for the total cost of AU$162 (currently US$120.05/EUR109.93/GBP93.15 at the time of posting this listing) including postage and handling to anywhere in the world.
If you are interested in purchasing this small masterpiece that was one of the first prints that Delaune engraved, please contact me (oz_jim@printsandprinciples.com) and I will send you a PayPal invoice to make the payment easy. 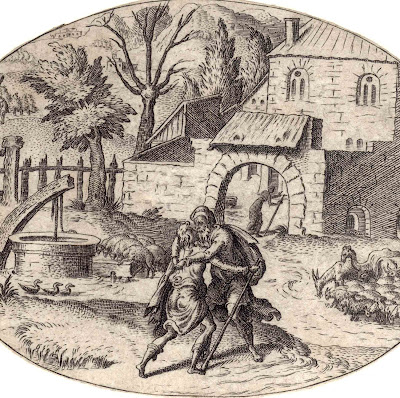 Executed in 1561 when Delune had reached the noble age of 43, this print is one of his first engravings. Despite its milestone status in his oeuvre, it is far from the work of a novice. Note, for instance, the highly stylised treatment of foliage shown on the closest tree on the left where the foliage mass in the front is rendered in light tones set against the dark mass of foliage behind it. Such understanding of the early convention of representing trees reveals training … and it’s true! Delune was already a seasoned draughtsman by this time and had even been employed by the Royal Mint to make designs for medallions. I should be honest, however, and point out that he was not in that job for long as he quit after only six months over a pay dispute.

From my standpoint, Delaune’s career as a medallion designer for the Royal Mint as well as working on the French King Henry II’s royal commissions to create designs for parade armour is fairly evident in this print’s composition and approach to portraying spatial depth. What I mean by this is that although he has employed the traditional approach of suggesting depth using a meandering road leading into the distance, the composition is not dependent on this visual device. Instead, Delaune adopted the pictorially flattened space of armour decoration and stacks his portrayed subjects on top of one another as if looking at them from an elevated bird’s eye view while simultaneous seeing their details at eye-level. 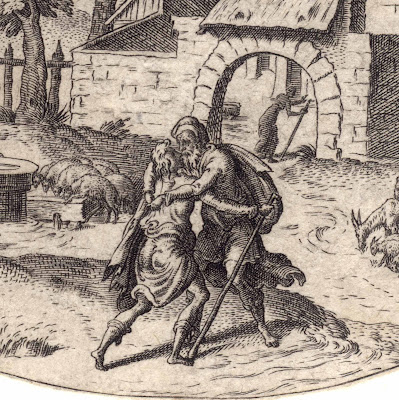 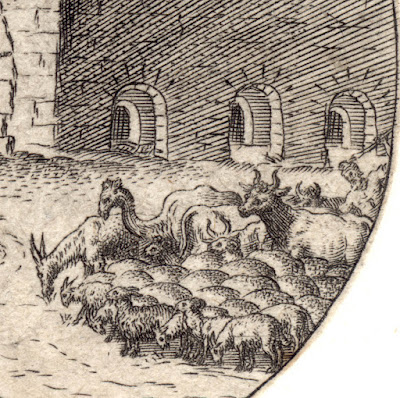 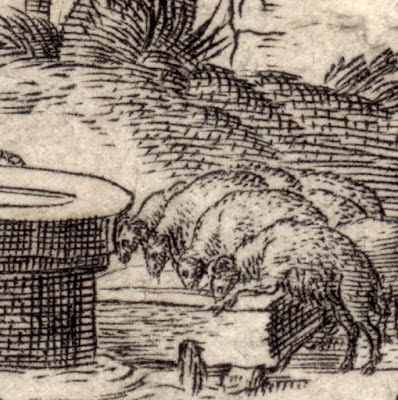 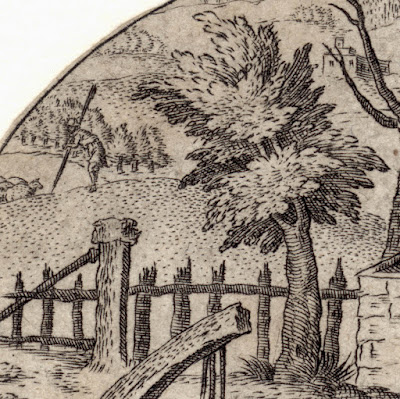 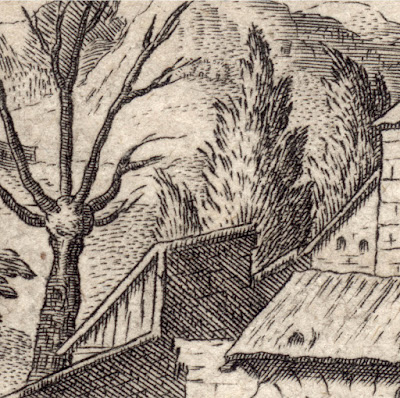 Posted by printsandprinciples at 06:04