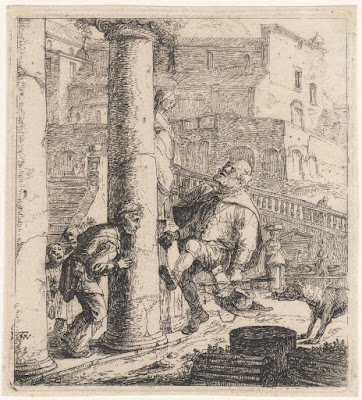 See also the description of this print at the following museums:
(British Museum) http://www.britishmuseum.org/research/collection_online/collection_object_details.aspx?objectId=3001677&partId=1&searchText=thomas+wijck&page=1;
(The Met) http://metmuseum.org/art/collection/search/373724;
(Rijksmuseum) http://hdl.handle.net/10934/RM0001.COLLECT.196227

Condition: excellent late impression with narrow margins in pristine condition. There are mounting hinges and a handwritten address in ink from a past collector (verso).

I am selling this remarkable illustration from the 16th century novel, “The Life of Lazarillo de Tormes and of His Fortunes and Adversities”, for AU$133 (currently US$99.15/EUR88.51/GBP76.08 at the time of this listing) including postage and handling to anywhere in the world.
If you are interested in purchasing etching by one of the famous 17th century old masters, please contact me (oz_jim@printsandprinciples.com) and I will send you a PayPal invoice to make the payment easy. 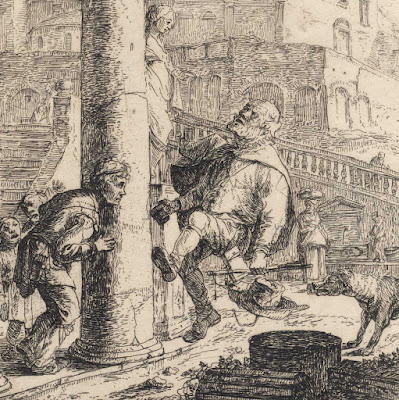 When I was researching the formal title of this print I was surprised to find so many attributed titles and none of which really captured the spirit of what is portrayed here. The title that I have chosen for this post, “Dancing Beggar”, extracted from “The Illustrated Bartsch” (1979) catalogue raisonné for this artist (see volume 5, p. 164), for example, is far from satisfactory and the description of the print by the British Museum seems to miss the point of the story it illustrates altogether:

“A blind beggar dancing around a pillar in the centre, holding a hat and a stick in his left hand and a cup in his right hand, being watched by bystanders, a barking dog to the right, fragments of classical columns in the foreground, the church of Santa Maria in Aracoeli (?) and other buildings in the background …” (http://www.britishmuseum.org/research/collection_online/collection_object_details.aspx?objectId=3001677&partId=1&searchText=thomas+wijck&page=1)

This scene does show a beggar and so this aspect of the title is correct, but the beggar is blind and instead of dancing, the beggar is running after a young boy named Lazarillo to punish him for his trickery. Here, Lazarillo hides behind a column and calls out to the beggar with the aim—successfully accomplished it seems—of having the blind beggar collide with the column in his haste to punish the mischievous Lazarillo.

To give an insight into the relationship between the beggar and the young Lazarillo, the following extract from the novel by an unknown author—because the content of the novel was heretical at the time—“The Life of Lazarillo de Tormes and of His Fortunes and Adversities” (1554) may be helpful:

“One night while they are staying in Escalona, the blind man is roasting sausages and cooking a stew. He gives Lazaro some money and asks him to go fetch some wine. Lazaro takes the money, but before he goes to fetch the wine he steals a sausage from the fire and replaces it with a soggy turnip that had been fished out of the stew. Then, when he is out of sight, he eats the sausage and drinks the wine for himself. When Lazaro returns, the blind man is furious to have discovered his sausage is missing and he sticks his nose into Lazaro’s mouth to see if he can smell the meat, causing Lazaro to vomit on the blind man’s face.” (http://www.litcharts.com/lit/the-life-of-lazarillo-de-tormes/chapter-1#summary-84071) 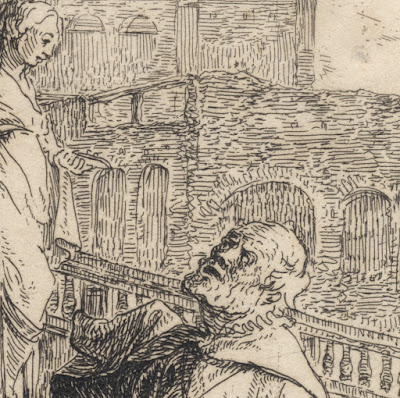 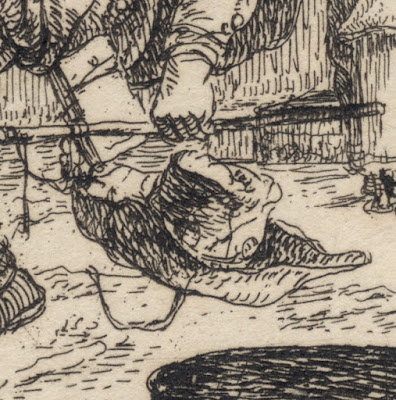 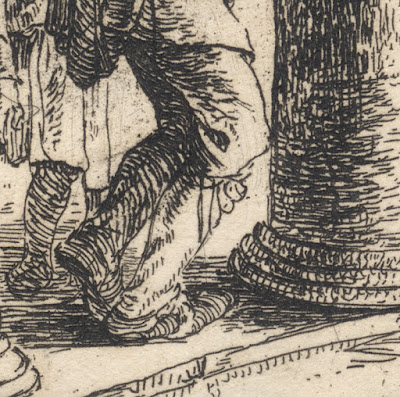 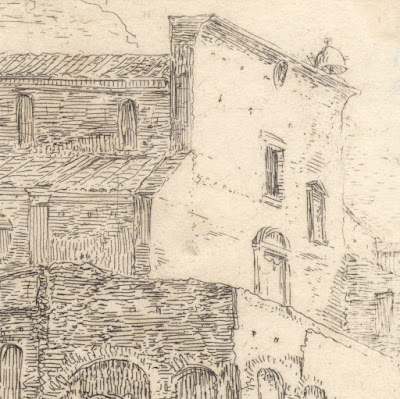 Posted by printsandprinciples at 07:29