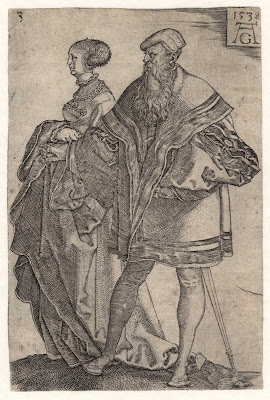 Engraving on fine laid paper trimmed along the platemark.
Size: 11.7 x 7.8 cm
Signed with monogram and dated on the tablet at the upper-right corner.
Numbered at upper left: “3”

The British Museum offers the following description of this print:
“Plate 3: A dancing couple; stepping to left; the female figure at left wearing a hairnet; the male figure bearded and wearing a cap; from a series of twelve engravings. 1538 Engraving” (http://www.britishmuseum.org/research/collection_online/collection_object_details.aspx?objectId=1509785&partId=1&searchText=1850,0810.280.&page=1)

Condition: good impression with minor abrasions/signs of use and trimmed along the platemark; otherwise the sheet is in superb condition (i.e. there are no tears, holes, folds, stains or foxing).

I am selling this rare engraving by one of the most famous of the old master printmakers who followed in the tradition of Durer (whose monogram design Aldegrever has appropriated) and the Nuremberg “Little Masters” (vis. the Beham brothers and Georg Pencz) whose designs Aldegrever also copied, for AU$472 (currently US$348.54/EUR319.21/GBP270.50 at the time of this listing) including postage and handling to anywhere in the world.

If you are interested in purchasing this engraved snapshot of life in Renaissance Germany, please contact me (oz_jim@printsandprinciples.com) and I will send you a PayPal invoice to make the payment easy. 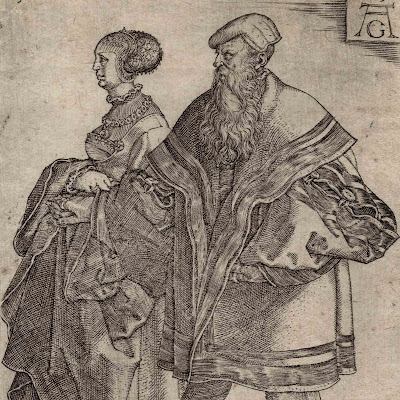 When I look at this seemingly innocuous and socially inoffensive image of a fashionably well-dressed couple dancing at a wedding, I need to remind myself that the artist (Aldegrever) who crafted this very elegant scene is same man that created the surprisingly offensive pair of engravings, “The Monk and the Nun” (TIB 178 & 179), just eight years earlier. These earlier prints showcase not only the moral dilemma faced by a monk as he makes love to a nun, but also feature what Klaus Kösters describes as “a devilish monster … staining the monk with faeces” (http://www.lwl.org/westfaelische-geschichte/portal/Internet/input_felder/langDatensatz_ebene4.php?urlID=226&url_tabelle=tab_websegmente).

After pondering the conceptual gap of intention separating the display of social grace invested in the dancing couple and the depths of unholy passion addressed in “The Monk and the Nun” engravings—and not forgetting the many other almost pornographic prints made by Aldegrever—I believe that the motivation driving the artist to share his vision of the good and the ugly in the world around him is very likely his Protestant beliefs. This anti-Catholic leaning is likely to have been VERY strong given that only nine years before this print was executed, the German Lutheran princes wrote their letter of protestation (hence the word, “Protestant”) against the Diet of Speyer’s edict condemning the teachings of Martin Luther as heretical (see https://en.wikipedia.org/wiki/Protestantism).

If I may go further with the idea that Protestant convictions underpin many of Aldegrever’s prints, I believe that the Protestant doctrine of living by “faith alone (sola fide) rather than by or with good works” (loc. cit.) may underpin Aldegrever’s wish to show wealthy folk having fun without “Catholic guilt.”

(Note: my understanding of Protestant and Catholic doctrines is very thin and I apologise for all errors.) 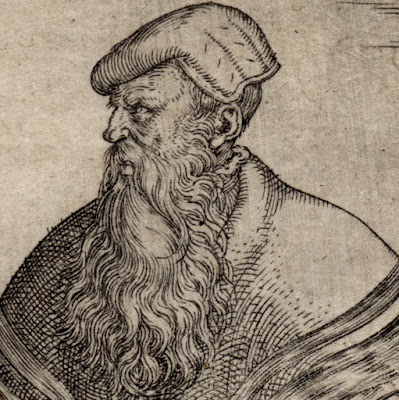 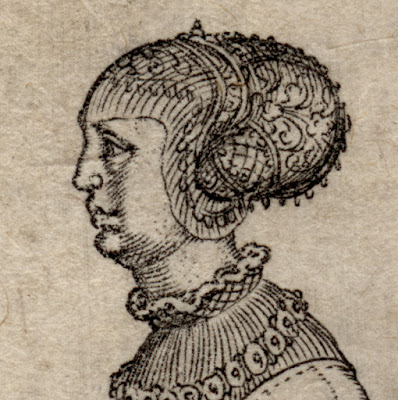 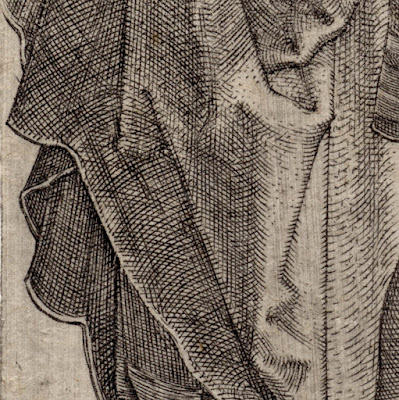 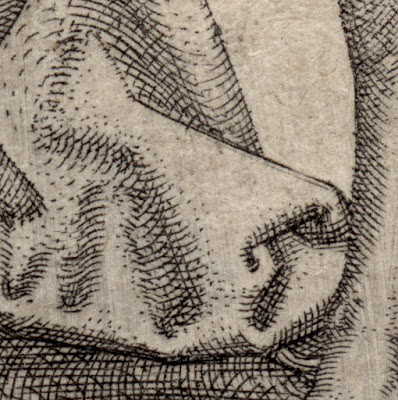 Posted by printsandprinciples at 05:04