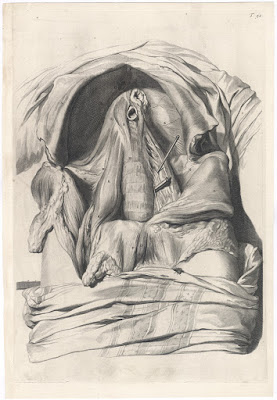 WorthPoint offers the following description of this print:
“Large house fly shown on the specimen. Abdomen, posterior wall, in situ. Viscera removed to show diaphragm, crus of diaphragm around divided aorta and esophagus [sic]. Vertebrae and psoas muscle shown.
The splendid anatomical work of Bidloo is considered one of the most beautiful ones ever printed. It became famous because of the very elegant and elaborate engraved tables after drawings by Gerard de Lairesse, carried out by Abraham Blooteling and Pieter Stevens van Gunst.”
(https://www.worthpoint.com/worthopedia/abdomen-posterior-wall-house-fly-417303811)

Condition: faultless, crisp and well-printed impression with age-toning and minor marks appropriate to the age of the print otherwise it is in near perfect condition.

I am selling this large masterpiece of anatomical engraving with the trompe-l'œil hideous addition of a house fly to make the image truly unforgettable, for AU$485 (currently US$360.97/EUR311.05/GBP27170 at the time of posting this listing) including postage and handling to anywhere in the world (but not, of course, any import duties/taxes imposed by some countries). 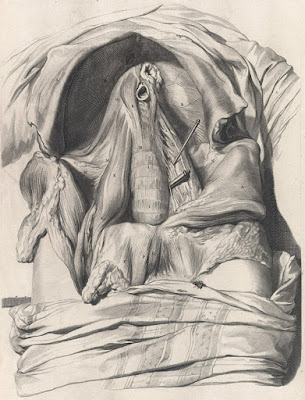 This masterpiece of anatomical engraving has fascinated medical students for centuries. The reason is only in part because it is a marvellous illustration of the posterior wall of the abdomen with the viscera removed to show the diaphragm, divided aorta, oesophagus, vertebrae and psoas muscle. More fascinating than the objective and highly detailed rendering of the dissected cadaver, however, I suspect that what makes this print memorable is the reflexive reaction prompted upon seeing a fly licking its lips while perched on the surgical drape next to the dissection.

For me, the vacillating instinctive response of revulsion and fascination is not just because of the presence of a fly that may not have washed its feet, but also an uneasy feeling with seeing the contrast between the portrayed mechanical sheen of the dissection pins and the soft flesh that they hold in place. I want to avert my eyes but cannot. This really is a masterpiece of “brutal Dutch realism”—to borrow Clifford S Ackley’s description (1981) in the marvellous exhibition catalogue, “Printmaking in the Age of Rembrandt” (Museum of Fine Arts, Boston, p. 278). 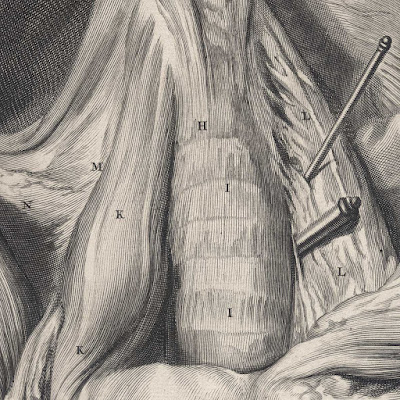 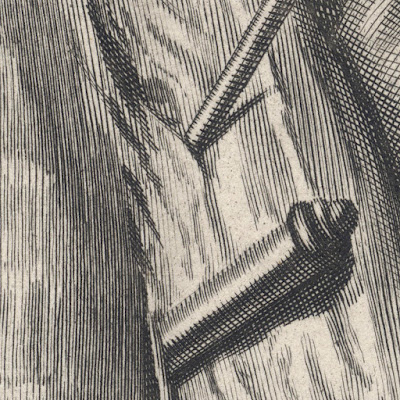 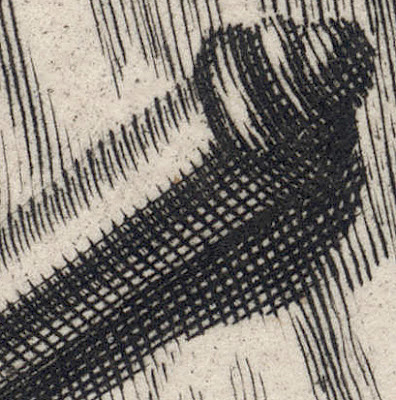 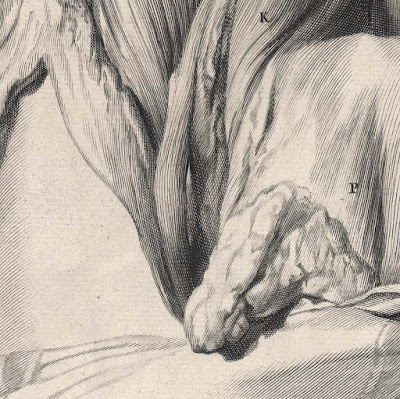 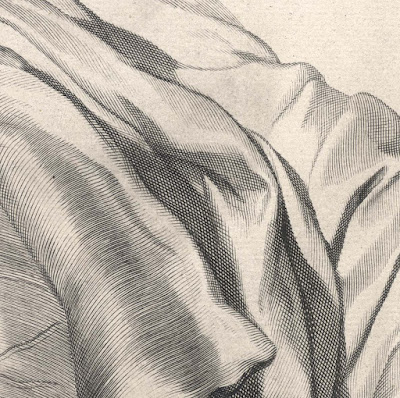 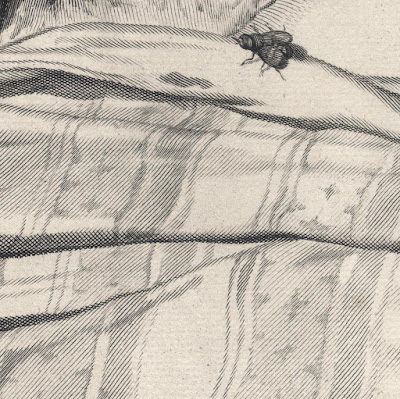 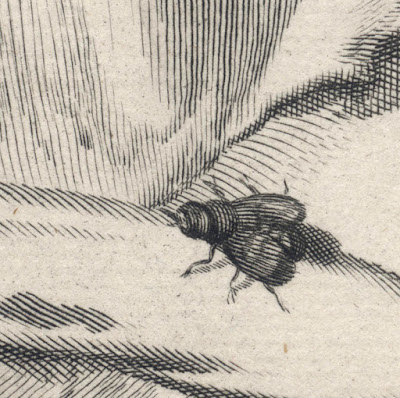