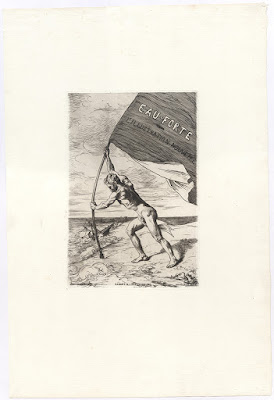 See also the description at the Metropolitan Museum of Art:  https://www.metmuseum.org/art/collection/search/384067?searchField=All&sortBy=relevance&ft=Bracquemond&offset=0&rpp=80&pos=46

Condition: richly inked and well-printed impression with full margins (as published) in excellent condition (i.e. there are no tears, holes, folds, abrasions or stains, but there are a few spots of light foxing in the upper margin).

I am selling this historically important etching expressing symbolically the shipwreck/abandonment of the medium of engraving and the revival of etching as the preferred medium for illustration in the late 19th century, for AU$172 in total (currently US$124.45/EUR108.95/GBP95.17 at the time of posting this listing) including postage and handling to anywhere in the world (but not, of course, any import duties/taxes imposed by some countries).

If you are interested in purchasing this eye-catching etching by one of the major 19th century printmakers, please contact me (oz_jim@printsandprinciples.com) and I will send you a PayPal invoice to make the payment easy. 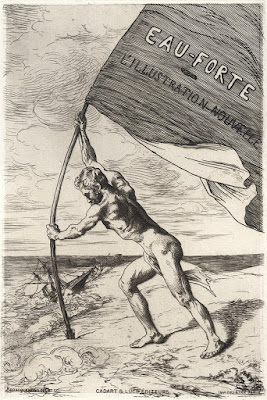 This etching is a milestone in 19th century illustration. I have no worries about making such a strong statement as this is the showcase print—the frontispiece illustration—for the first issue of "L'Illustration Nouvelle” (1868) promoting the revival of etching. (Note: The British Museum offers a description of this publication and the artists represented: https://www.britishmuseum.org/research/collection_online/collection_object_details.aspx?objectId=3779496&partId=1&people=134191&peoA=134191-2-60&page=1)

By design, Bracquemond’s etching unambiguous features a fluttering flag proclaiming in lettered text that etching is the new medium of illustration. Symbolically, the print also hints at the demise of engraving as the old medium of illustration—represented by a distant ship that has run aground and become wrecked on the same shifting sand as the strongly muscled nude man in the foreground is staking the flag claiming the new medium of etching. 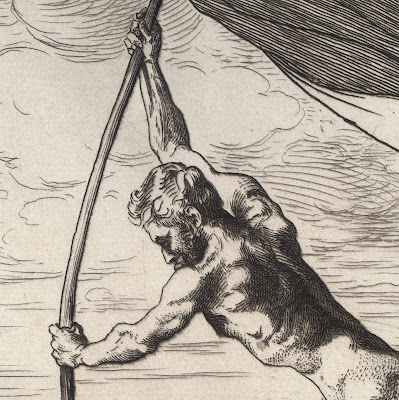 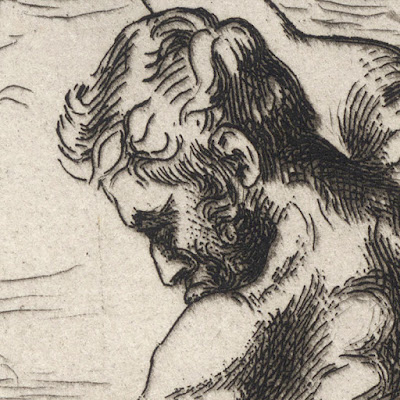 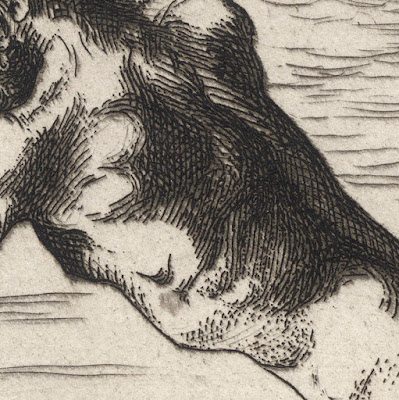 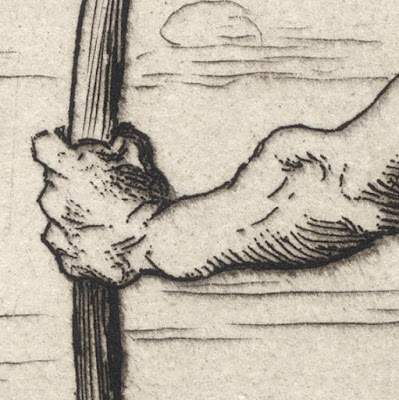 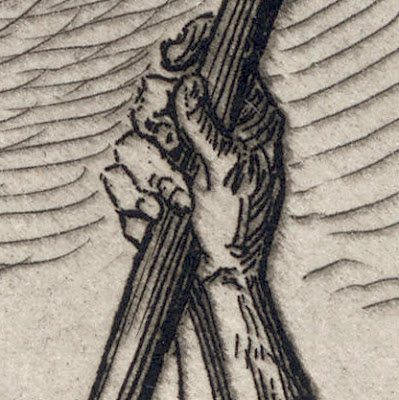 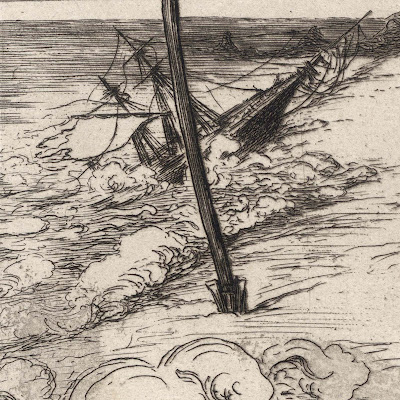 Posted by printsandprinciples at 08:19