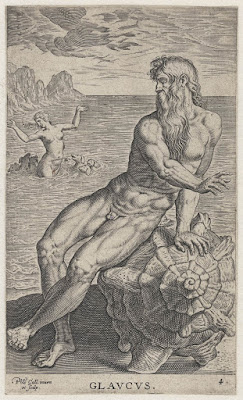 Engraving on laid paper, trimmed with thread margins close to the image borderline and backed with a support sheet.
Size: (sheet) 16.8 x 10 cm
Lettered on plate below the image borderline: (left) "Phls Gall. Inuen/ et Scalp.”); (centre) "GLAVCVS."; (right) "4."
State i (of ii) Note that the attribution of this impression to the first state is based on the text line being the same as the first state impression held by the Rijksmuseum (RP-P-1898-A-19948).

The British Museum offers the following description of this print:
“One of thirty-eight engravings bound in an album which combines various (partial) series by de Passe and others, some after Maarten de Vos, as well as works executed and published by Philips Galle. The present engraving is one of a series of sixteen illustrations of sea and river gods by Galle (Hollstein 316-332 [Ph. Galle]). The nymph Scylla is portrayed at the moment Circe, jealous of Glaucus' love for her, transforms Scylla into a six-headed monster, here shown with canine heads. Later Scylla is transformed into a crop of rocks, as suggested by the rocky shore in the distance.”
(https://www.britishmuseum.org/research/collection_online/collection_object_details.aspx?objectId=3206657&partId=1&searchText=Glaucus&people=124229&page=1)

Condition: crisp and well-printed strong impression with the tip of Glaucus’ penis retouched to remove a previous collector’s spot of red ink, otherwise the sheet is in excellent condition (i.e. there are no tears, holes, folds, abrasions, stains—beyond the retouched penis tip—or foxing). The sheet has been trimmed with thread margins around the image borderline and has been laid upon a support sheet of archival (millennium quality) washi paper.

I am selling this visually arresting image of Glaucus, the fisherman, who was made a sea-god, engraved by one of the most famous old master engravers of the sixteen century, for ... [deleted] including postage and handling to anywhere in the world (but not, of course, any import duties/taxes imposed by some countries). 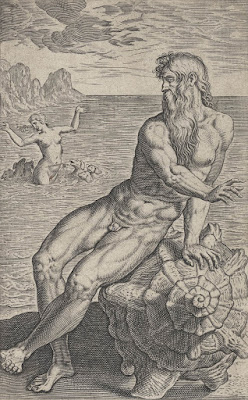 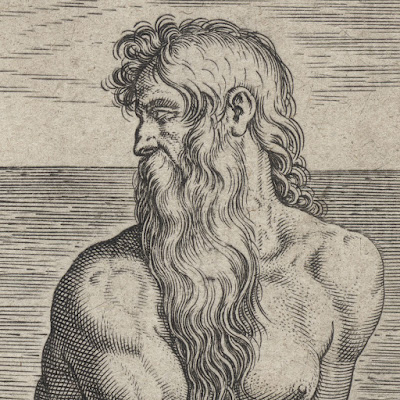 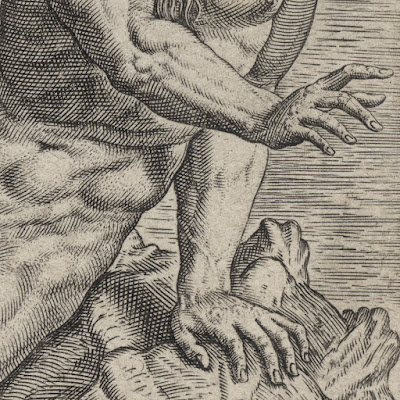 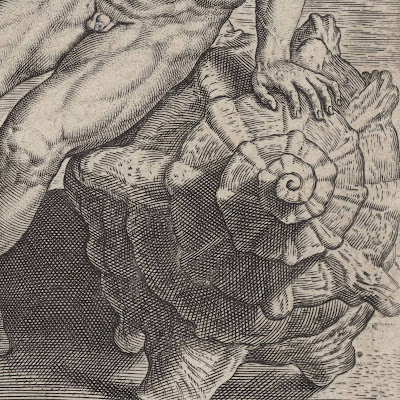 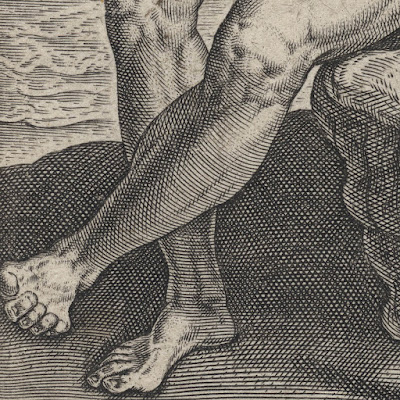 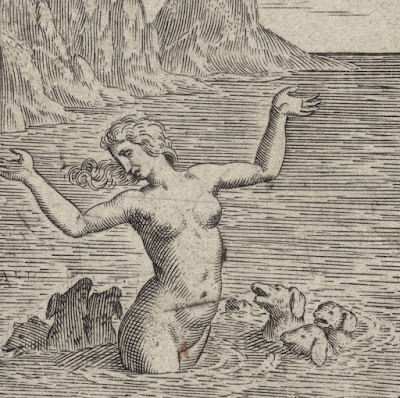 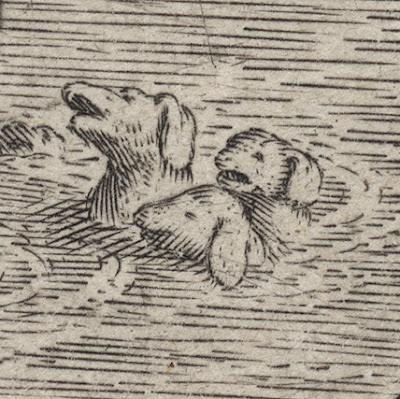 Posted by printsandprinciples at 04:09