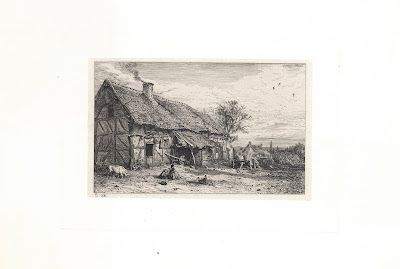 The British Museum offers the following description of this print:
“A farm, with in the left foreground a pig, nearby two children, and a cart on the right; with plate number. 1845”
(http://www.britishmuseum.org/research/collection_online/collection_object_details.aspx?objectId=3500983&partId=1&searchText=Charles+Jacque+Guiffrey+78&page=1)

Condition: richly inked, crisp and well-printed impression with generous margins in pristine condition (i.e. there are no tears, abrasions, holes, folds, stains or foxing). The sheet has been laid upon a fine washi paper conservator’s support sheet.

I am selling this small masterpiece executed by one of the pivotal artists of the Barbizon School for AU$161 (currently US$123.47/EUR105.94/GBP93.62 at the time of this listing) including postage and handling to anywhere in the world.

If you are interested in purchasing this very beautiful etching of rural life that fascinated Jacque to record before the impact of industrialisation changed life forever, please contact me (oz_jim@printsandprinciples.com) and I will send you a PayPal invoice to make the payment easy. 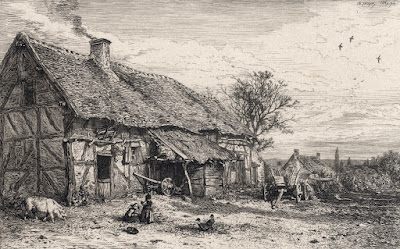 The different states in the evolution of a plate can be very revealing regarding the artist’s refinements to a composition. For example Guiffrey (1866), in his catalogue raisonné of Jacque’s prints, advises that in the first state of this print (i.e. the state before this impression) there was a pig featured between the one shown on the far left and the two children that the pig advances towards. Moreover, there was also a third duck accompanying the two shown in the centre foreground.

Although I am not privy to what prompted Jacque to erase the pig and duck featured in the first state of this print, I believe that Jacque’s alterations would have been to strength his composition. For instance, the erasure of a second pig near the current one may have been in response to Jacque sensing that having two pigs lessened the unwritten narrative about the pig’s advance on the children. Going further—and I may be very wrong here—but if I were Jacque I would have viewed the second pig as being distracting to the  implied notion of parental supervision symbolised by the open window overlooking the children. Regarding the erasure of the third duck where there are now only two, I wish to propose that the triangulated relationship between the original three ducks in the middle of the composition may have diverted attention away from where Jacque wished the viewer’s attention to be on: the children.

Regarding the various states of this print, Guiffrey records only two states. Interestingly, the British Museum has an impression in which the “N. 86” shown here has been erased and replaced with “1” (see BM no. 1851,0802.75). Changes like this are not insignificant. The fact that the BM has an impression showing an integral change to the information on the plate indicates that there are three states to this print rather than two and that the BM’s impression is state iii (of iii). 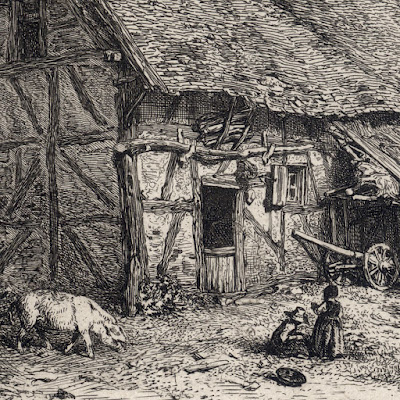 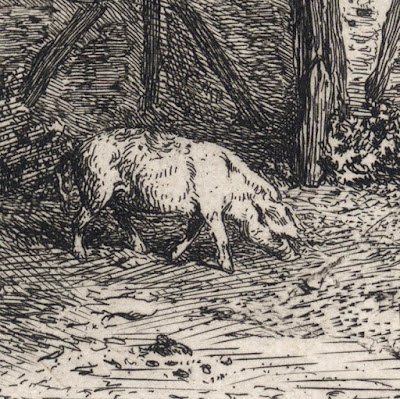 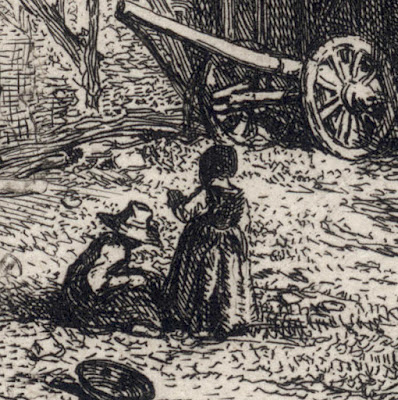 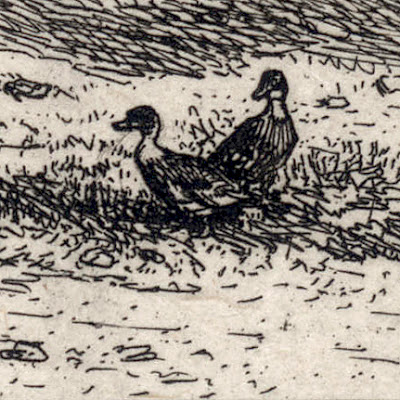 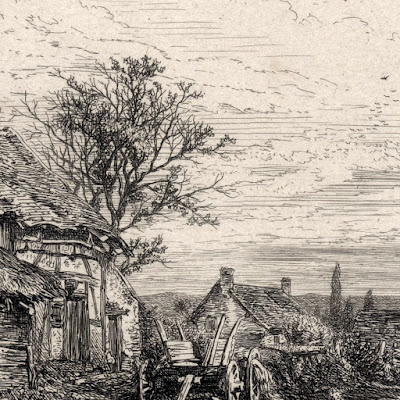 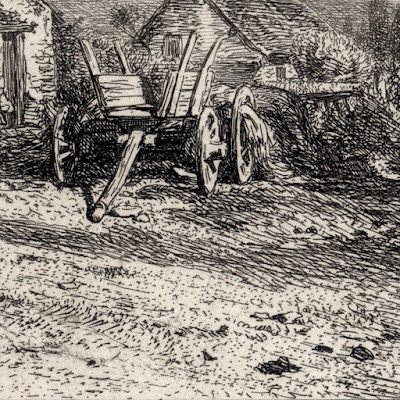