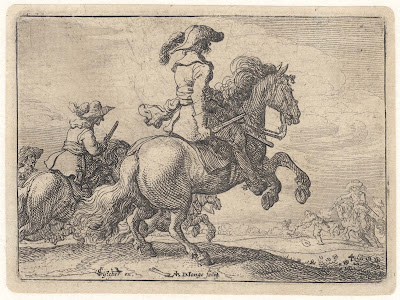 I am selling this marvellous and very rare print exemplifying the spirit for dramatic battle scenes by Dutch printmakers in the early 1600s, for AU$196 (currently US$148.48/EUR126.63/GBP112.07 at the time of posting this listing) including postage and handling to anywhere in the world.

If you are interested in purchasing this almost iconic image of a cavalry charge with a surprisingly early representation of a circle of bullet “smoke” shot from a distant figure on horseback—a device that illustrators term as an “agitron”—please contact me (oz_jim@printsandprinciples.com) and I will send you a PayPal invoice to make the payment easy. 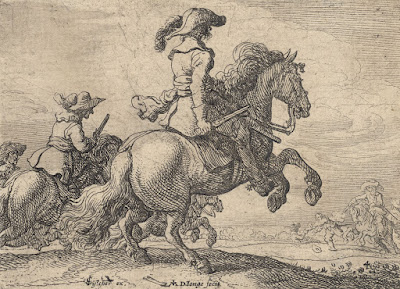 One of the key advances in 17th century printmaking (said half-jokingly) was the discovery that viewers liked to see rearing horses. Antonio Tempesta was arguably the first to show horses in this way in his battle themed etchings beginning in the 1590s (see the argument presented by Eckhard Leuschner [2003] in his essay, “Censorship and the Market: Antonio Tempesta’s ‘New’ subjects in the Context of Roman Printmaking ca. 1600” in “The Art Market in Italy 15th–17th Centuries”, pp.69–70). By the time that Martsen made this etching in around 1640 there was even an expectation that battle-scenes would feature rearing horses.

For those who share my interest in the positions of horses’ legs when horses rear upwards, I have stumbled upon a few terms that are useful to know for after-dinner conversations focussing on the ways in which horses can make their rider’s position uncomfortable when rearing.

My favourite of these terms, often used by cowboys who like to fish on the weekends, is the “sun fish” manoeuvre of a horse which the website, “Cowboy Showcase: Home of the Western Spirit”, explains is “when a bronc bucks and twists its body into a crescent, and throws head alternately to right and left...looks as though he is trying to sun both sides of his body.” (http://www.cowboyshowcase.com/horse-terms.html#.WhPtI0qWaUk)

Another useful term to know about is the “Swap ends” manoeuvre, explained again by “Cowboy Showcase” to be “when a bronc is bucking and goes up facing one direction but lands facing the opposite direction.” (loc. cit.)

Regarding Martsen’s familiarity with such horse manoeuvres, I really don’t know. Nevertheless, I see clear evidence that he believes (perhaps incorrectly) that when a horse is in its early stage of rearing and its back legs are under full tension in a near squat position that its front legs are symmetrically aligned, as opposed to its right leg being extended slightly forward of its left leg and with the right hoof slightly straightened. Although I may be unduly picky about what I see here and in his drawings, such as “Charge of the Cavalry”, 1630 (see https://rkd.nl/nl/explore/images/record?query=+Jan+Martszen+de+Jonge&start=17), Martsen’s arrangement of legs suggests that knowledge about how horses really move may still have been in its infancy. 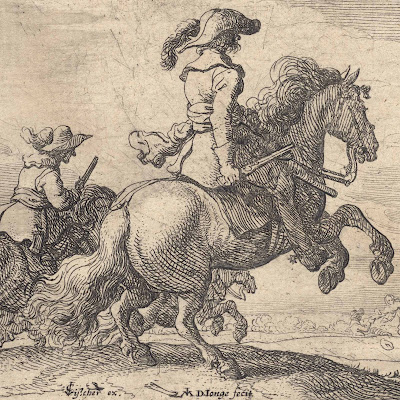 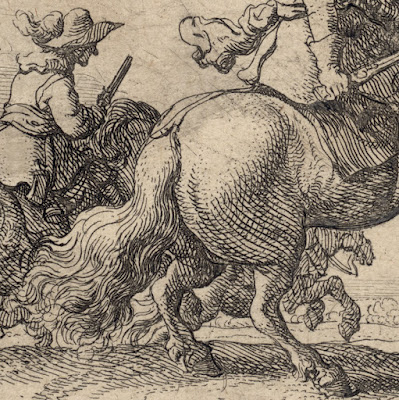 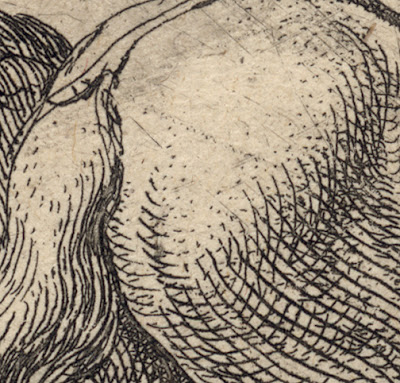 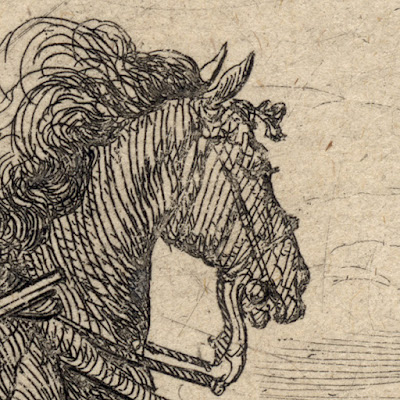 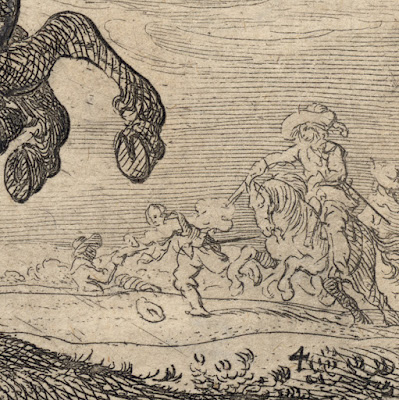 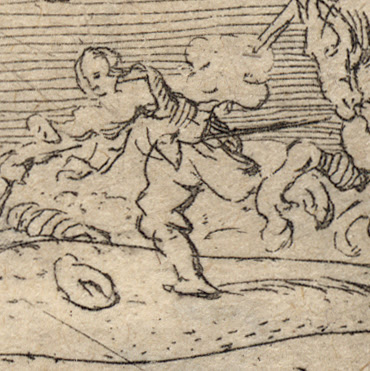