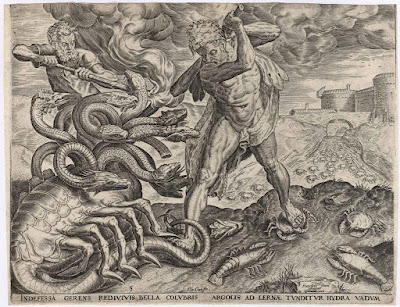 See also the description of this print at the British Museum (http://www.britishmuseum.org/research/collection_online/collection_object_details.aspx?objectId=1519642&partId=1&searchText=cort+hercules&page=1) and the Rijksmuseum (http://hdl.handle.net/10934/RM0001.collect.99063)

Condition: crisp impression trimmed on the platemark at the top edge and with narrow margins on the sides and bottom. The sheet is in excellent condition for its age (i.e. there are no tears, holes, abrasions, stains or foxing but there are very minor signs of handling visible verso).

I am selling this visually stunning engraving from the Renaissance era for the total cost of AU$276 (currently US$215.44/EUR179.96/GBP159.66 at the time of this listing) including postage and handling to anywhere in the world.

If you are interested in purchasing this fabulous print seldom seen on the art market, please contact me (oz_jim@printsandprinciples.com) and I will send you a PayPal invoice to make the payment easy. 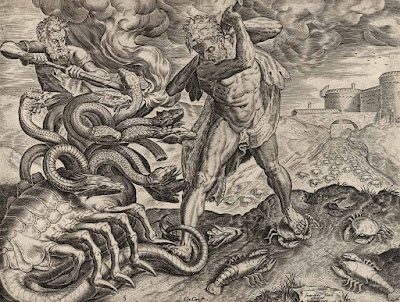 This is such a bizarre image. For those unfamiliar with the twelve “The Labours of Hercules”, this scene shows Hercules in his second “labour”/trial in the act of bashing heads from the mythological creature, the Hydra of Lerna, like a star baseball player. At this precise moment in the action, Hercules has just lopped off one of the Hydra’s nine heads—the exact number varies with who is telling the story (but I like things with nine heads). Nothing is easy for Hercules. I understand that when he knocks off a head with his club another two heads appear in its place. If that wasn’t a problem in itself, the breath of this critter is also poisonous and its blood is so awfully smelly that the stench is hazardous to poor Hercules health. Fortunately, Hercules is aided by his nephew, Iolaus, who cauterized the neck of the monster when a head is removed and thus, in collaboration, they subdue it. To add further excitement to Hercules’ battle with the Hydra, Juno—a goddess who harbours a strong dislike for Hercules and his manly ways—decides to send a squadron of crabs to bite his toes. (ooch!)

For those unfamiliar Frans Floris who designed this composition, according to the British Museum’s bibliographical details about this artist, he is famous “for his heroic feats of drinking.” Interesting, Floris was able to condense the “Twelve Labours of Hercules” to just ten. 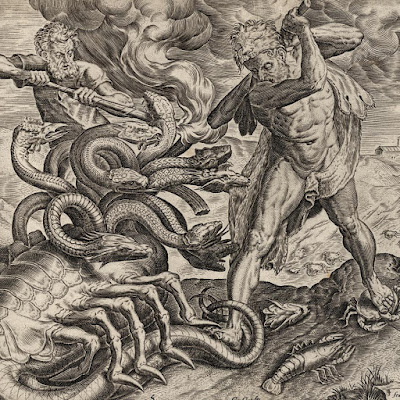 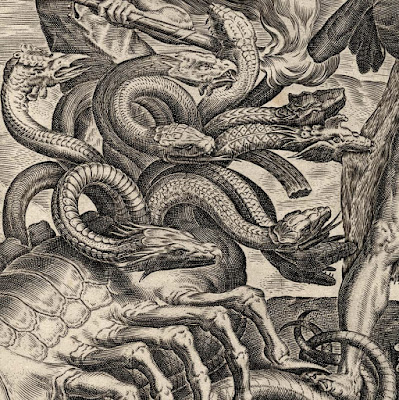 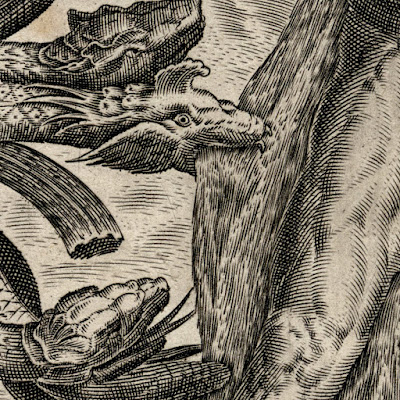 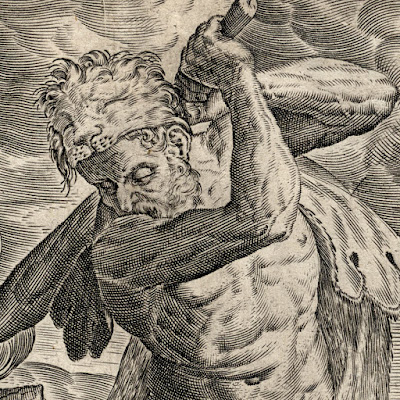 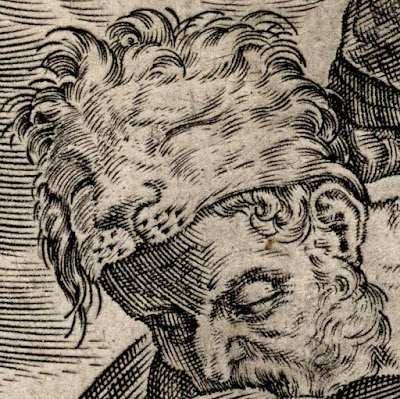 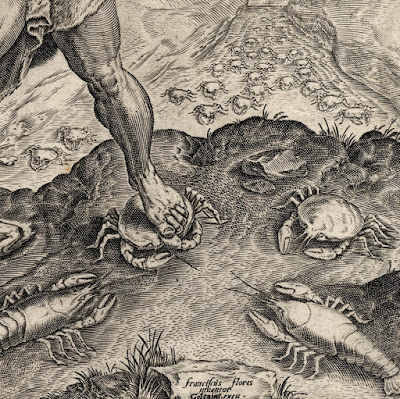 Posted by printsandprinciples at 03:39