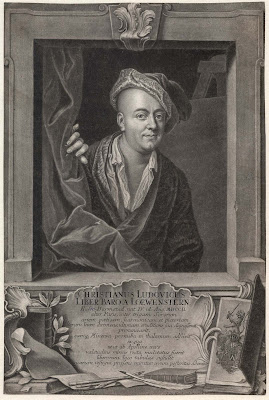 “Christian Ludwig von Löwenstern” or “Christianus Ludovicus Liber Baro a Loewenstern” (as inscribed on the plate), 1719–1767, after a painting by Johann Christian Fiedler (1697–1765), published by Johann Jakob Haid.

The British Museum offers the following description of this print:
“Portrait of Christian Ludwig von Lowenstern, half-length, turned to the right, looking at the viewer from behind a curtain that he holds open with his right hand, wearing soft cap and robe; an easel behind on the right; in window frame; below on the right, an open book with coat of arms, books and pens on the floor; after Fiedler. Mezzotint”
(http://www.britishmuseum.org/research/collection_online/collection_object_details.aspx?objectId=3774966&partId=1&searchText=christian+Ludwig+Lowenstern&page=1)

Condition: crisp impression with restored abrasions, faint stains and laid upon a support sheet of washi paper to stabilise thin areas in the paper.

I am selling this visually arresting mezzotint for the total cost of AU$156 (currently US$120.34/EUR101.44/GBP90.07 at the time of this listing) including postage and handling to anywhere in the world.

If you are interested in purchasing this intriguing and unforgettable print, please contact me (oz_jim@printsandprinciples.com) and I will send you a PayPal invoice to make the payment easy. 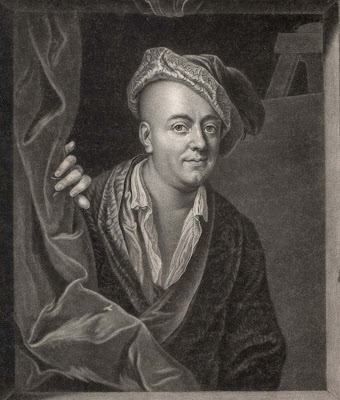 There are a few portraits created through history that “stand out” in the long tradition of portraiture and this is one of them. The subject of the portrait, Christian Ludwig Löwenstern (1701–1754), was as artist as signified by the easel shown in the background and the brushes in the immediate foreground, but he was also a poet of substance and an author as signified by the quill and books in the foreground.

Arguably, the reason that this portrait is so arresting is because of the way that the composition is arranged to prompt a reflexive response in the viewer. For example, von Löwenstern is shown in the act of lightly pushing aside the large drape on the left and looking directly at the viewer with a faintly welcoming smile. Importantly—and I believe that this next visual device is used intentionally—von Löwenstern’s pupils are also portrayed as dilated to intuitively entice a warm response in the viewer.

Beyond exciting a reflexive response, I wish to propose that the trompe l'oeil depiction of von Löwenstern in the act of drawing the drape to one side is an orchestrated subliminal reference to the Greek legend of Parrhasius’ curtain. For those who may not be familiar with the story about this curtain, I will try to explain. The ancient Greek painter, Parrhasius, was engaged in an art contest with his artistic peer, Zeuxis. Zeuxis painted a bunch of grapes and was almost deemed the winner after birds flew down to eat his painted grapes, but lost the contest when he was invited to pull back the curtain which seemed to be in front of Parrhasius’ painting: the curtain was not real it was painted and was so well executed that it had fooled Zeuxis and so Parrhasius was judged the better painter. 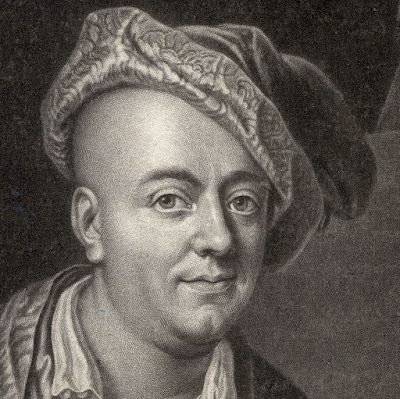 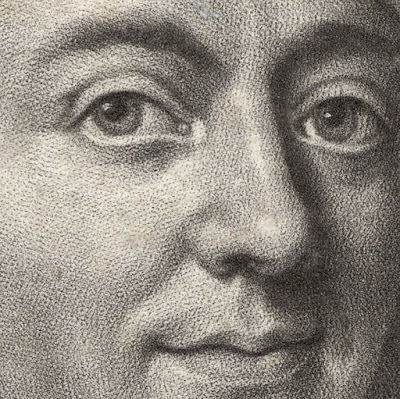 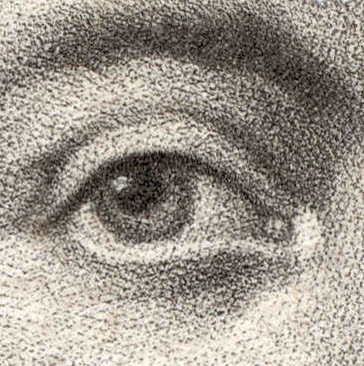 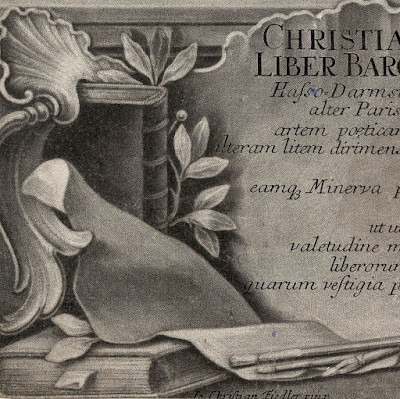 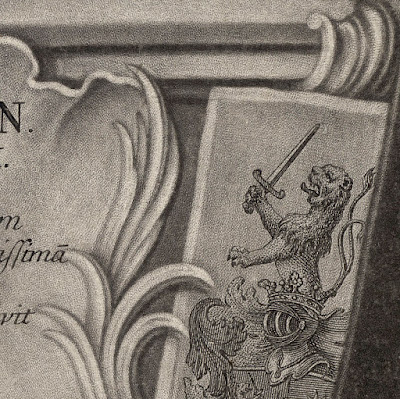