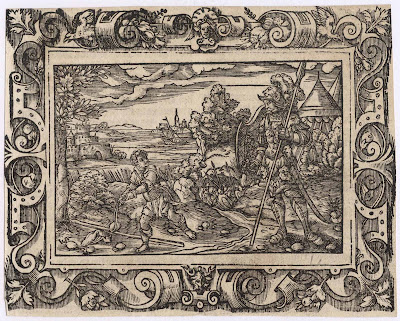 Note: regarding the publication in which this print features, the curator of the British Museum advises: “The first edition was published in 1560. [This print with its strapwork frame features in] the second, enlarged edition, with 74 new images and woodcut borders from the 1561 Bible. The New Testament part is wrongly dated 1552 on the title-page.” (http://www.britishmuseum.org/research/collection_online/collection_object_details.aspx?objectId=3139747&partId=1&searchText=virgil+solis+david&page=1)

Woodcut on early laid paper trimmed to the platemark with letterpress German text verso (as published).
Size: (sheet) 12.2 x 15.5 cm
Signed in the block with the artist’s monogram, “VS”, within the centre image at lower left.

Condition: near faultless early impression in near pristine condition (i.e. there are no tears, holes, folds, abrasions, stains or foxing), trimmed to the strapwork borderline

If you are interested in purchasing this small but powerful print, please contact me (oz_jim@printsandprinciples.com) and I will send you a PayPal invoice to make the payment easy. 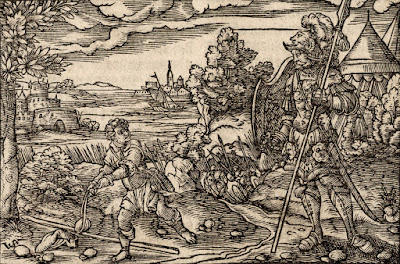 Strapwork borders, such as the one framing this scene of David preparing his sling shot with a rock that is only slightly smaller than the size of his head, are interesting developmentst to the art of book illustration in the late 16th century. In one sense the decorative borders give gravitas to the meanings expressed by the images that they frame (i.e. the scene is made to appear “important”).  In another sense the ornamental borders separate the portrayed scene from the written descriptions so that an image may be “read” in a slightly independent and self-contained way from the accompanying text. 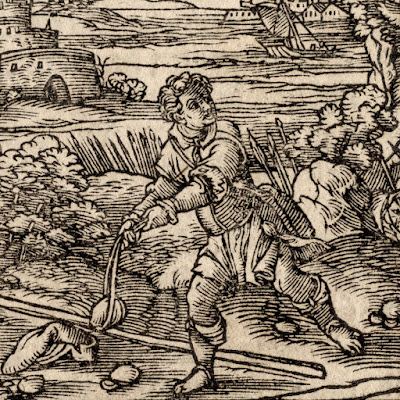 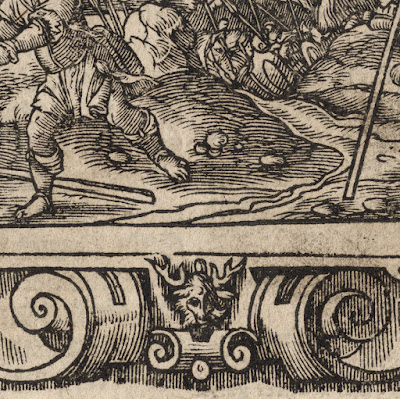 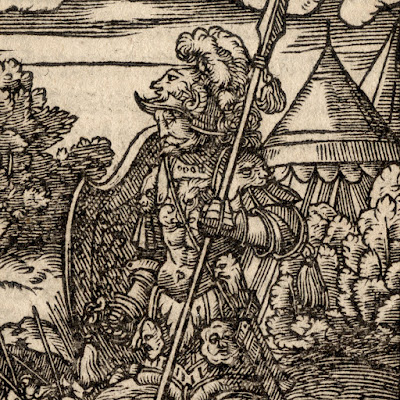 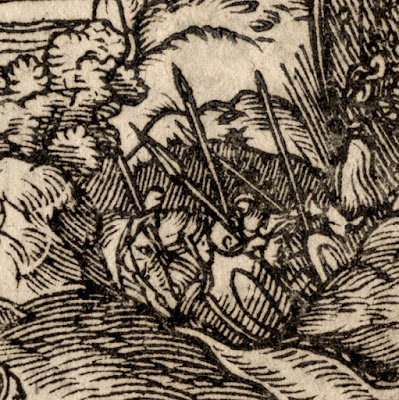 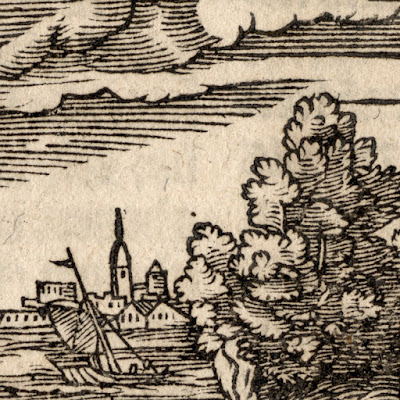 Posted by printsandprinciples at 18:11