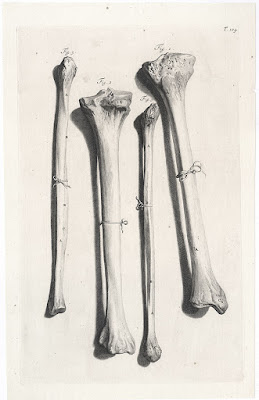 Note that William Cowper (c. 1666 - 1709) also published a later edition of the prints in 1739; see the description of the controversy about the Cowper ediion offered by The Print Collector: http://www.theprintscollector.com/Article/Antique-Medical-Print-FOETUS-ABDOMEN-Cowper-Bidloo-1739

Condition: faultless, crisp and well-printed impression with minor marks appropriate to the age of the print and a nick to the upper right edge otherwise the sheet is in near perfect condition.

I am selling this large masterpiece of anatomical engraving illustrating four bones with the curiously interesting addition of knotted twine attaching the bones to the ground support, for AU$485 (currently US$360.22/EUR308.17/GBP272.17 at the time of posting this listing) including postage and handling to anywhere in the world (but not, of course, any import duties/taxes imposed by some countries). 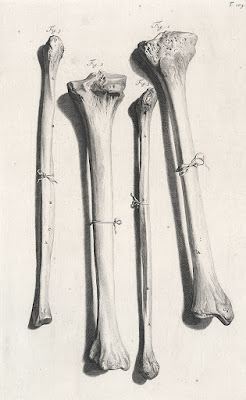 Arguably, this is the finest engraving of bones that one could ever hope to see. The bones portrayed (according to the original text) illustrate “the Fore-part of the Right Tibia, or Major Focile of the Leg.”

From a personal way of looking at these bones, I am intrigued by the depicted knots that bind the bones to their backing support. Shamefully my mind has created a vision of the person who originally made these knots cursing that not enough twine remained to tie "proper"/double-looped knots for the three left bones as only the one on the right is happily blessed with a double bow.

The issue of bone on the right having a double bow is curious for yet another reason: the engraver has not portrayed the cast shadow of the bow. This is curious as he rendered the cast shadow of the single looped bow on the bone next to the right bone. Strange. Clearly the addition of the bows was an afterthought …but they were a wonderful afterthought! 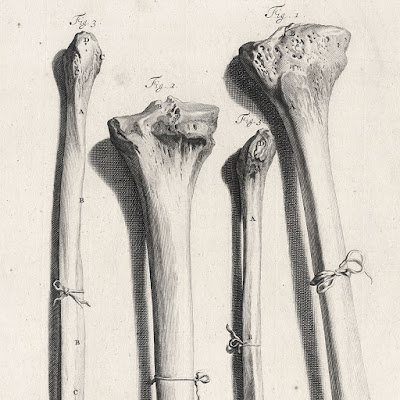 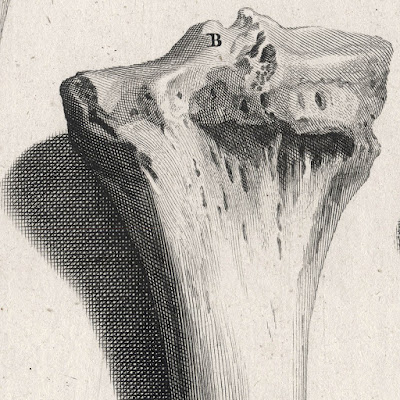 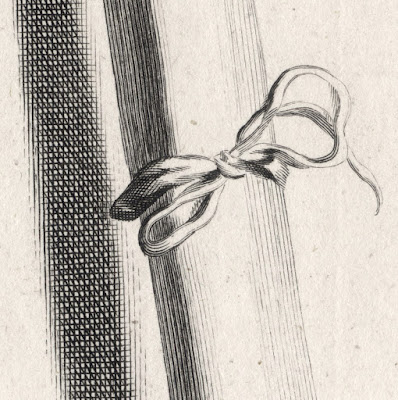 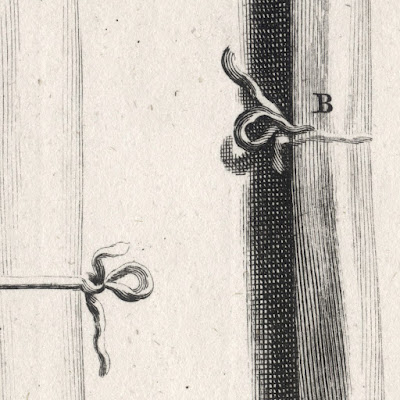 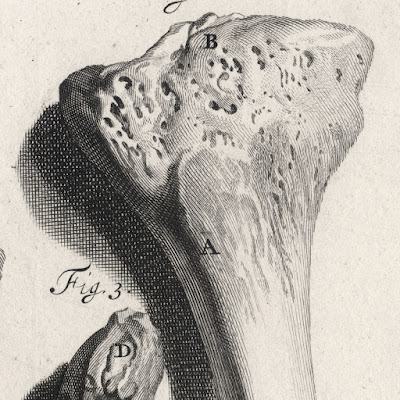 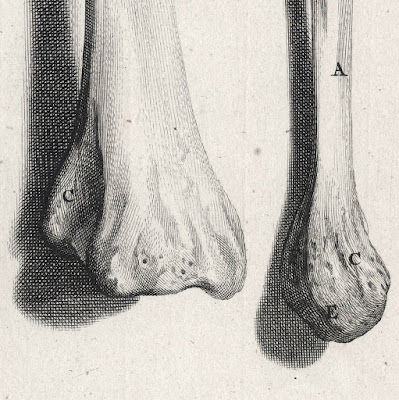 Posted by printsandprinciples at 08:02