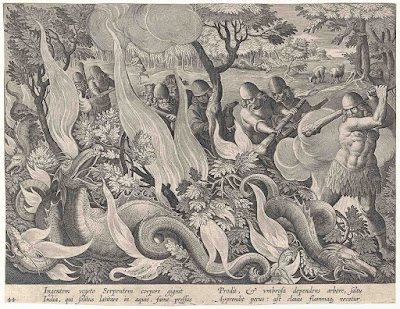 Engraving on laid paper trimmed along the image borderline and backed with a support sheet.
Size: (sheet) 20.2 x 26.2 cm

State ii? (of iv) (Note: my attribution of this impression to the second state is based on the first state impression held by the Rijksmuseum [RP-P-OB-31.574] has the plate number, “16”, and this impression with number, “44”, matches the second state reproduced in Alessandra Baroni & Manfred Sellink 2012, “Stradanus 1523–1605: Court Artist of the Medici”, Brepols, Turnhout, p. 251. Nevertheless, the impression may be from a later state as the numbers, “XVI”, that should be on the lower right corner in the margin are either erased or have been trimmed off. I do not have information about the attributes of states iii and iv.)

The Rijksmuseum offers the following description of this print:
(transl.) “Several Indian water snakes are chased out of the bush by fire. Then they are beaten to death with a club. The print has a Latin caption and is part of a series about hunting scenes.”
(http://hdl.handle.net/10934/RM0001.collect.97362)

See also the description of the print in its first state at the British Museum:
“The Killing of Giant Indian Watersnakes Using Fire; in the foreground, to left, giant Indian snakes burn in a pile of vegetation; behind a group of men feed the flames with torches and attack the snakes with clubs; in the distance, at the upper right, a snake catches sight of two goats from the branch of a tree; beyond, another snake swallows a goat”
(https://www.britishmuseum.org/research/collection_online/collection_object_details.aspx?objectId=1620352&partId=1&searchText=Ingentem&page=1)

Condition: Well-inked and well-printed, crisp impression with a printer’s crease (i.e. a crease occurring during the printing process that creates a white “unprinted line”) at the centre top. The sheet is in very good condition (i.e. there are no tears, holes, abrasions, stains or foxing) trimmed along the image borderline and backed with a support sheet of archival (millennium quality) washi paper.

I am selling this exceptionally rare, engraving from the late 1500s for a total cost of AU$277 (currently US$204.93/EUR175.84/GBP156.27 at the time of this listing) including postage and handling to anywhere in the world (but not, of course, any import duties/taxes imposed by some countries).

If you are interested in purchasing this curious image of “giant Indian watersnakes” hunting cattle while being hunted with fire, please contact me (oz_jim@printsandprinciples.com) and I will send you a PayPal invoice to make the payment easy. 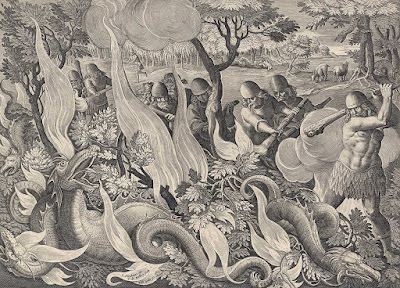 I admit that I do not know much about the dragon-like beasts that the title of this marvellously animated engraving advises me are “giant Indian watersnakes.” To be very honest I should put my hand up and state that I know nothing about them beyond noticing that they have clearly strayed a long way from their water habitat.

What I do know, however, is that this composition is a remarkably clever graphic representation of the snakes, foliage and fire pictorially woven together. I especially love the treatment of the clouds of smoke cast up from the large tongues of flame as the concentric rings of lines representing the smoke connote an appropriate idea of transparency and ambiguity of form to the smoke-cloud mass. Note also the way that the tree seen in front of the attacking men wielding their flaming touches and lethally lumpy clubs pictorially “interrupts” our view of what they are doing and how this interruption helps to create the illusion of animation. 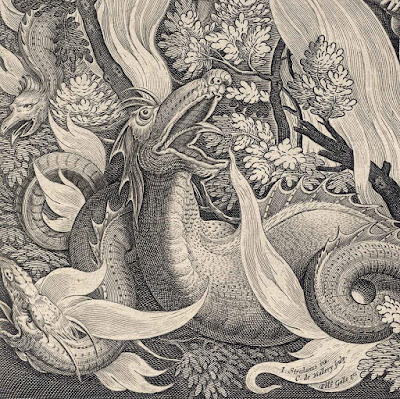 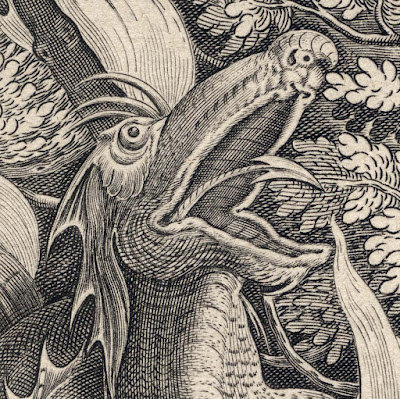 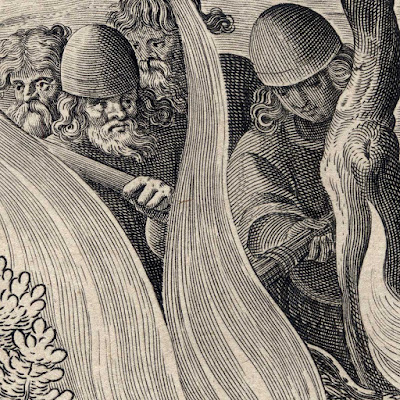 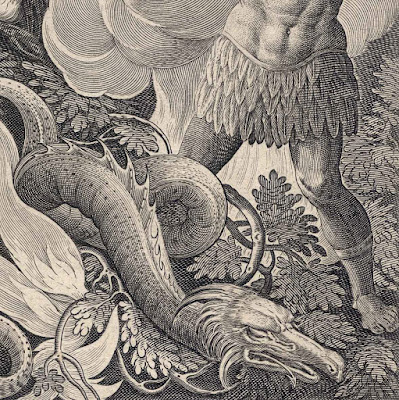 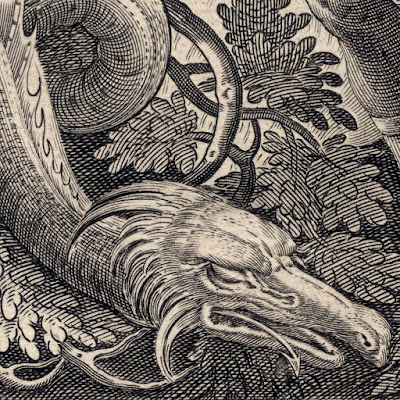 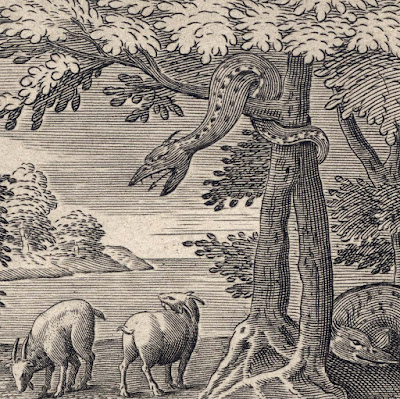 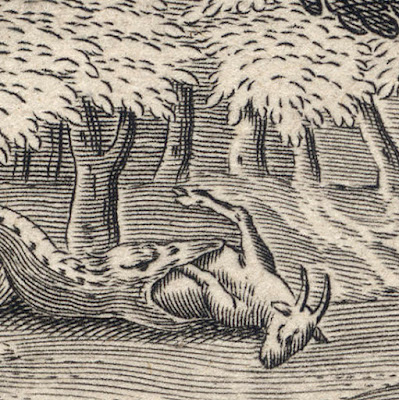 Posted by printsandprinciples at 07:34