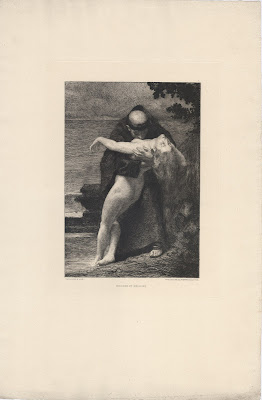 “Phrosine et Mélidore”, 1879, after the painting by Dantan after the composition by Pierre-Paul Prud'hon (1758–1823), Plate 3 illustration to “L'Eau-Forte” (a volume of four years of the publication “L'Eau-Forte” containing 124 prints by various artists), published by Alfred Cadart (1828–1875—although the publisher died in 1875 his firm was continued by his widow until its bankruptcy in 1882) in 1880 in Paris.

The British Museum offers the following description of this print:
“Plate 3: monk holding (dead?) nude woman in his arms, kissing her breast …”
(https://www.britishmuseum.org/research/collection_online/collection_object_details.aspx?objectId=1352844&partId=1&searchText=Edouard+Joseph+Dantan+&page=1)

From what I understand about the background to this print after reading the account provided by wikivisually.com—and I may be very wrong with some details—this etching illustrates a scene from Pierre-Joseph Bernard’s (1708–1775) narrative poem “Phrosine et Mélidore”, rewritten by the French playwright, Antoine-Vincent Arnault (1766–1834) as the libretto for the composer, Étienne Nicolas Méhul’s (1763–1817) drame lyrique (a type of opéra comique). Interestingly, the merits of Arnault’s libretto was challenged by French Revolutionary censorship of the time, but Arnault “was able to enlist the help of the writer Legouvé”— Ernest Wilfrid Legouvé (1807–1903)—to add references to liberty to satisfy the challenge.

My short version of the love story between Mélidore and the love of his life, Phrosine, is that they were stopped from marrying by Phrosine’s brothers. As a way forward, the lovers decided to elope to the island of a hermit so that the hermit would marry them. Sadly, when Mélidore arrived at the island to make the wedding arrangements he discovered that the hermit was dead. In a way this shocking discovery was advantageous to Mélidore as he was then able to assume the identity of the hermit to tell “everyone” that Mélidore was dead. Of course Phrosine knew that the hermit was really Mélidore in disguise and they hatched the plan that in the evening Phrosine would swim to the island guided by beacon light held by her lover. The plan fell apart, as Phrosine followed the light on her brother’s boat instead of the light held by Mélidore. She drowned. Fortunately, she was kissed back to life by her lover still in his hermit disguise. Hence the portrayed scene of this etching.

Condition: richly inked and well printed impression. There is thin line of worm holes in the upper margin otherwise the sheet is in a very good condition (i.e. there are no tears, folds, abrasions, significant stains or foxing).

I am selling this eye-catching etching showing Mélidore in the disguise of a hermit kissing his lover back to life after she (almost) drowns trying to swim to him, for the total cost of AU$196 (currently US$137.75/EUR121.85/GBP104.89 at the time of posting this listing) including postage and handling to anywhere in the world.

If you are interested in purchasing this graphically strong illustration, please contact me (oz_jim@printsandprinciples.com) and I will send you a PayPal invoice to make the payment easy. 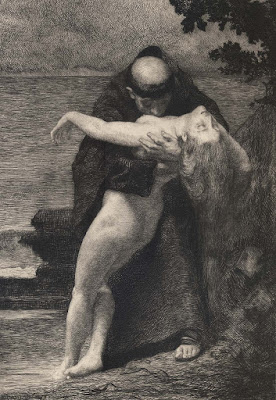 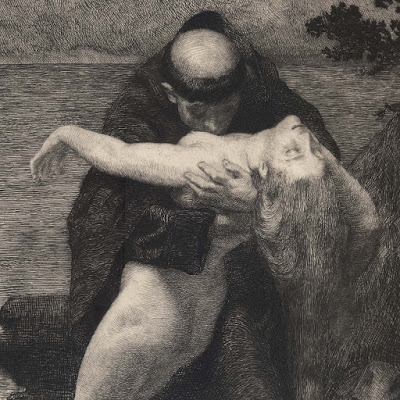 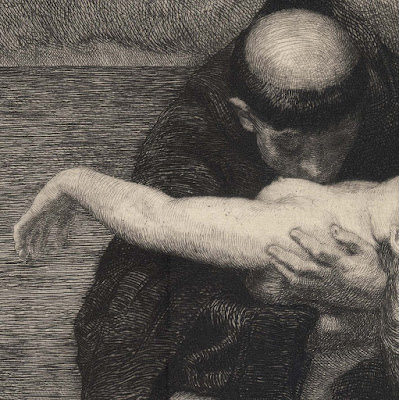 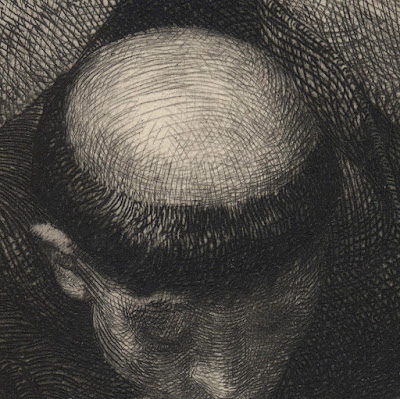 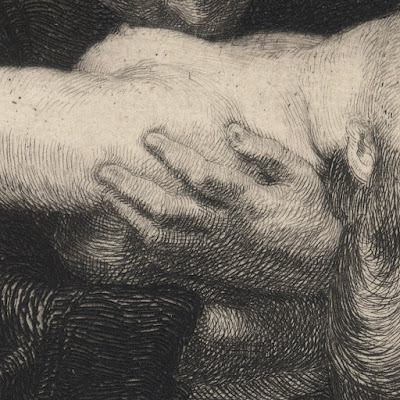 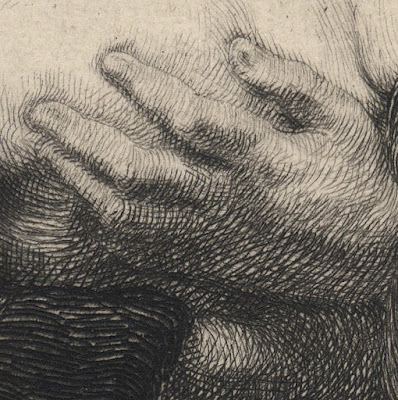 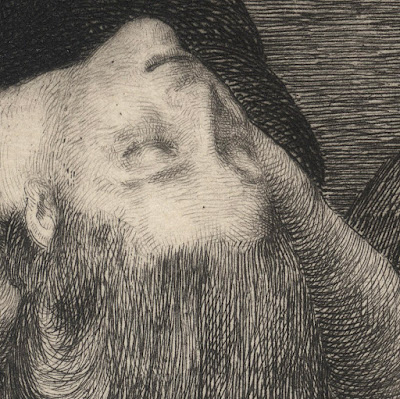 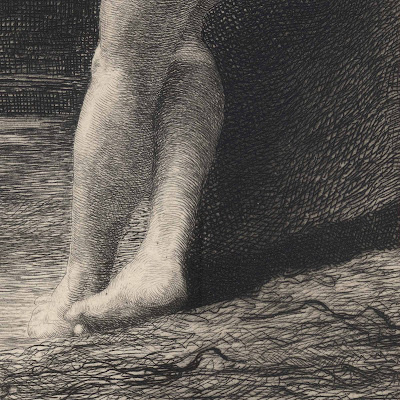 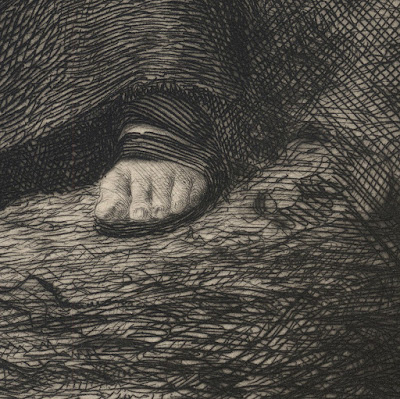