Engraving published by Gerard de Jode, “Third vision of Ezra: the crowd fights the man from the sea”, c1585 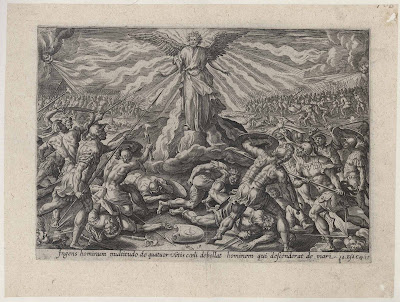 See also the descriptions of this print offered by the Rijksmuseum and the British Museum:
http://hdl.handle.net/10934/RM0001.collect.530801;
https://www.britishmuseum.org/research/collection_online/collection_object_details.aspx?objectId=1631667&partId=1&searchText=Ingens+&people=119719&page=1.

Condition: richly inked, crisp, museum quality impression (apart from a fine printer’s crease at lower centre), laid upon an archival support sheet of millennium quality washi paper. The sheet has breaks in the margins (well away from the image) otherwise the sheet is in excellent condition for their considerable age.

I am selling this exceptionally rare lifetime impression glowing with strong contrasts for AU$320 in total (currently US$227.06/EUR200.93/GBP173.20 at the time of posting this print) including postage and handling to anywhere in the world (but not, of course, any import duties/taxes imposed by some countries).

If you are interested in purchasing this superb engraving exemplifying the period style of Mannerism, please contact me (oz_jim@printsandprinciples.com) and I will send you a PayPal invoice to make the payment easy. 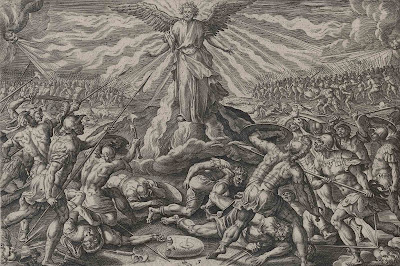 For those who may be unfamiliar with Esdras’ third vision illustrated here, the following extract is from the first 7 verses of chapter 13 of the Apocryphal Bible (extracted from the Revised Standard Version of the Bible [1971]):

“After seven days I dreamed a dream in the night; and behold, a wind arose from the sea and stirred up all its waves. And I looked, and behold, this wind made something like the figure of a man come up out of the heart of the sea. And I looked, and behold, that man flew with the clouds of heaven; and wherever he turned his face to look, everything under his gaze trembled, and whenever his voice issued from his mouth, all who heard his voice melted as wax melts when it feels the fire.

After this I looked, and behold, an innumerable multitude of men were gathered together from the four winds of heaven to make war against the man who came up out of the sea. And I looked, and behold, he carved out for himself a great mountain, and flew up upon it. And I tried to see the region or place from which the mountain was carved, but I could not.”
(https://www.biblesociety.org.uk/explore-the-bible/read/eng/rsv/2esd/13/) 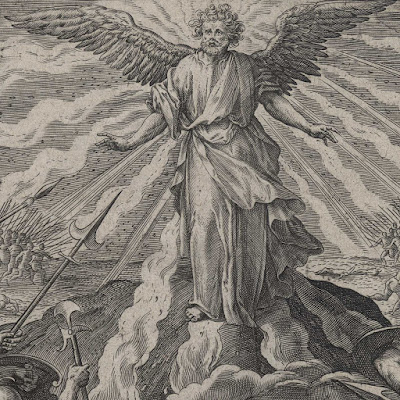 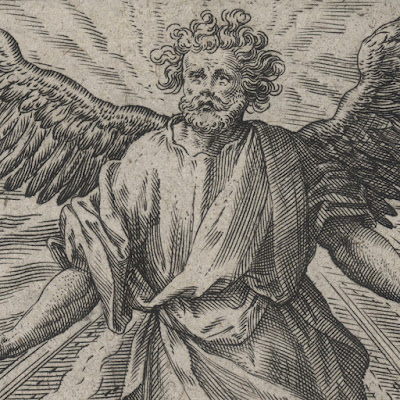 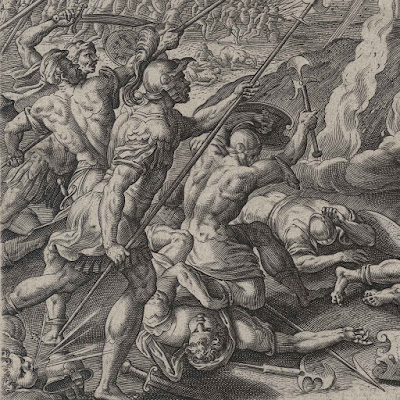 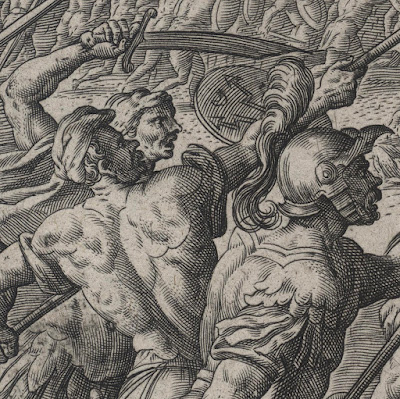 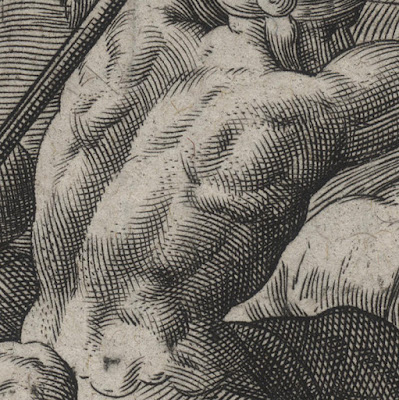 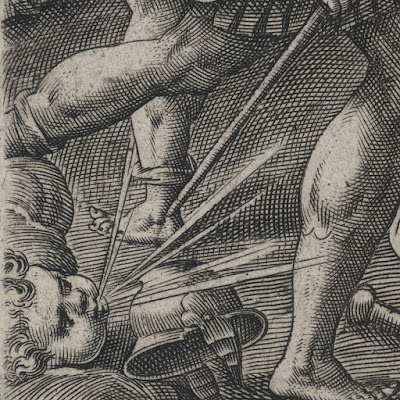 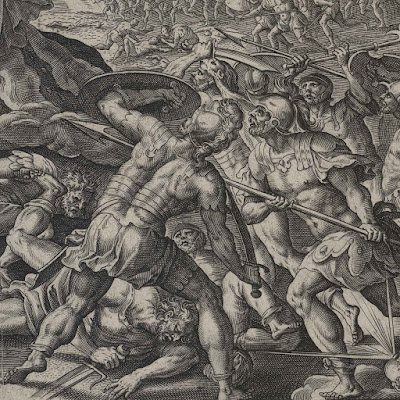 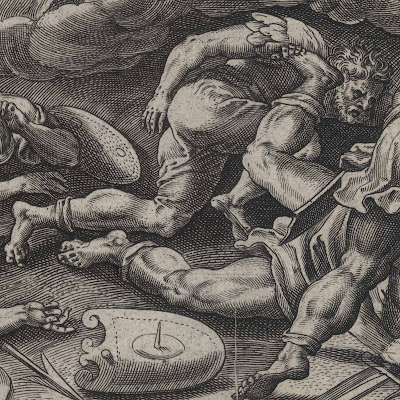