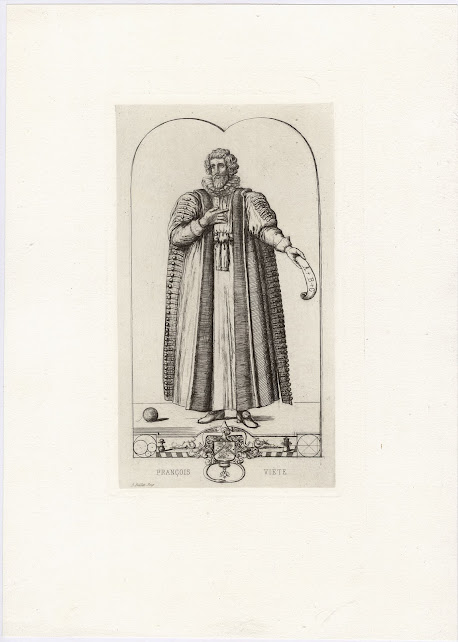 Regarding this portrait of François Viète, the British Museum points out that he is wearing a Renaissance costume and is gesturing towards a scroll held in his left-hand inscribed "A+B+C"—presumably referring to Viète’s mathematical studies (see https://www.britishmuseum.org/collection/object/P_1865-0114-134).

State viii (of ix) before the addition of the words “d’après Rabel 1861” and the flattening of the borderline at top.

Delteil & Wright (1989) in the description of this plate, offer Meryon’s personal account about his execution of this print:

"The full-length portrait from which I copied this etching, forms part of the frontispiece to a mathematical work by Viète which is in the Imperial Library. I have considerably enlarged it and, in so doing, had perforce to depart from the original a little. ... As to the author's general observations on my methods of working, and the qualities of my work which have been occasioned by the appearance of this portrait, I must hasten to qualify them somewhat. I use the burin much more frequently than formerly, but still with considerable hesitation as it is a very difficult tool to work with, and one needs much practice, if one is to become skilful with it, and I cannot say that I have had much. I took it up rather late and never had the advantage of that almost indispensable instruction in the use of it which is best undertaken when one is young and should be sought from a master of the art" (Meryon, My observations...) (see cat. no. 79 [n.p.]).

Condition: a superb impression retaining the guide-lines for the lettering and with wide margins. Beyond a small spot of thinness on the right edge of the margin (only visible if the sheet is held to the light) and a few faint marks on the lower edge, the sheet is in near pristine condition for its age with no tears, holes, folds, losses, stains, foxing or signs of handling.

I am selling this exceptionally rare treasure of an etching by arguably one of the most famous printmakers of the 19th century, for AU$374 (currently US$273.57/EUR230.26/GBP206 at the time of this listing) including Express Mail (EMS) postage and handling to anywhere in the world, but not (of course) any import duties/taxes imposed by some countries.

If you are interested in purchasing this sensitively executed etching of the “Father of Algebra”, please contact me (oz_jim@printsandprinciples.com) and I will send you a PayPal invoice to make the payment easy. 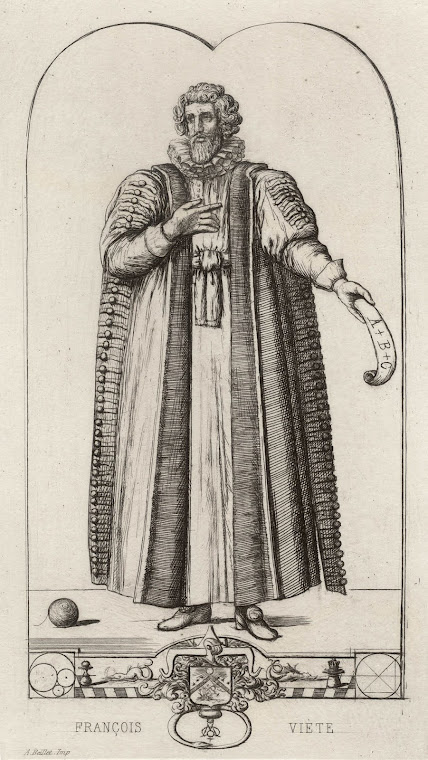 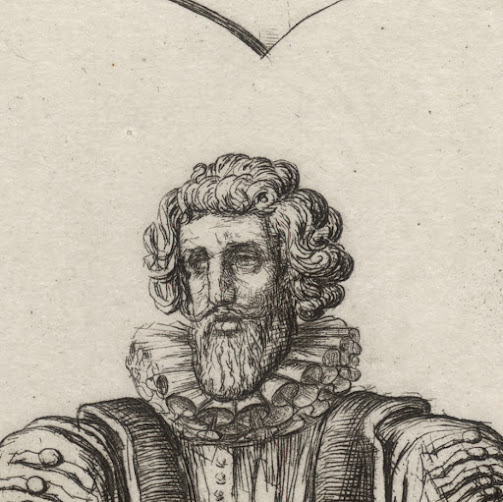 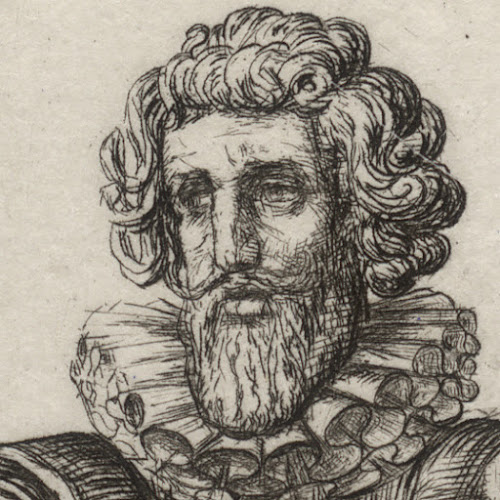 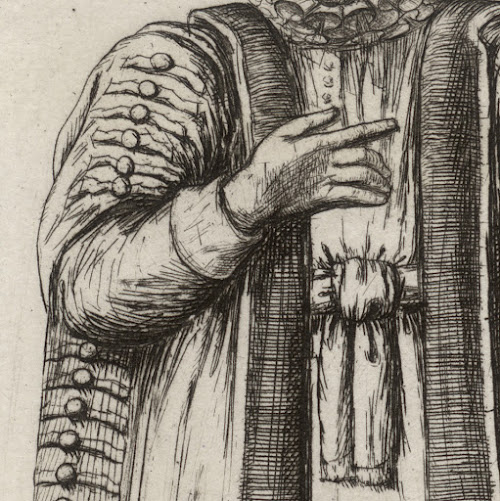 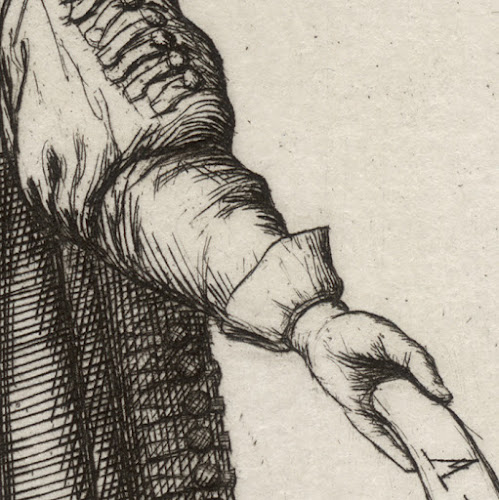 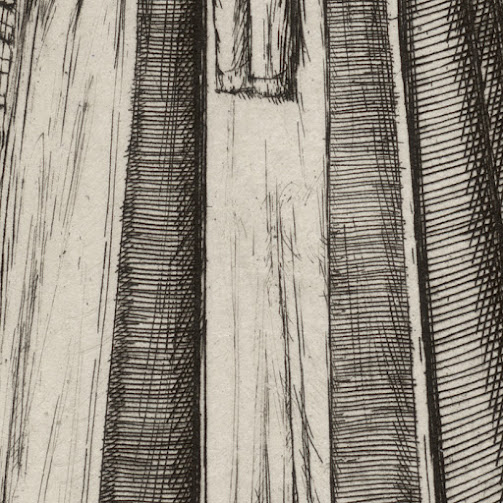 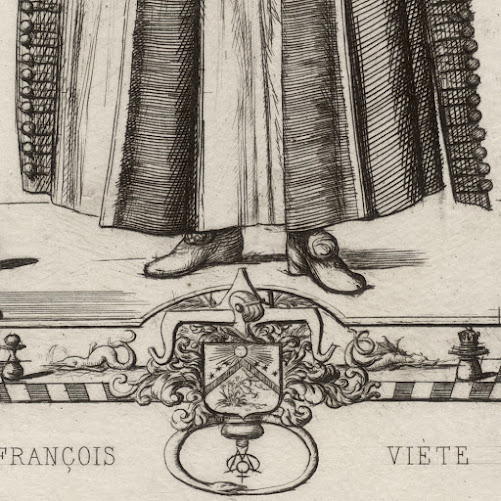 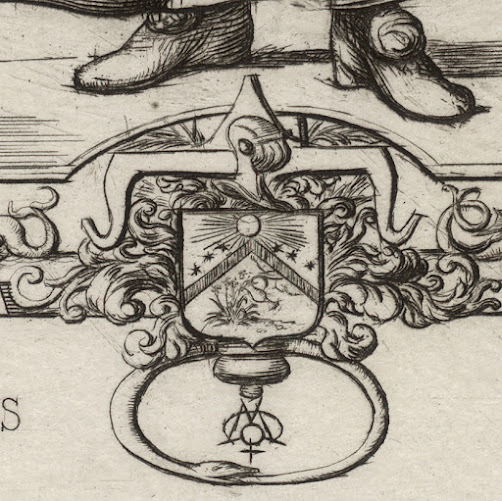 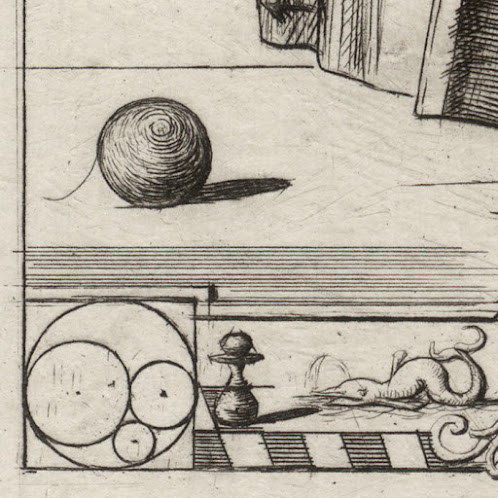 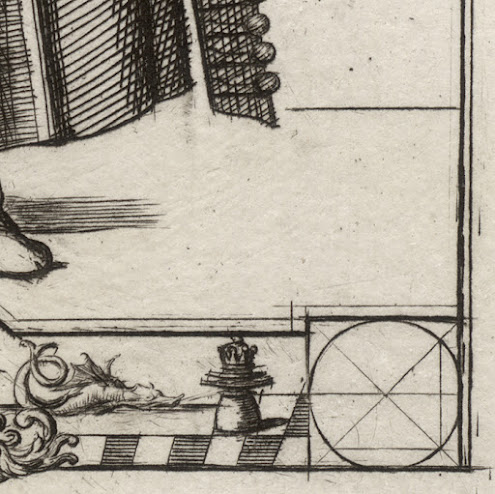 Posted by printsandprinciples at 04:55