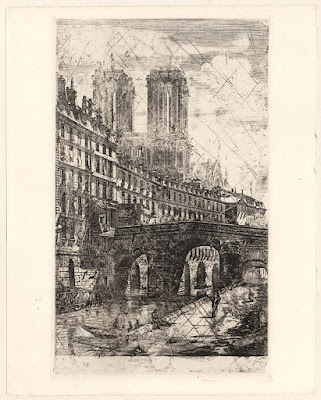 Etching with cancellation marks on fine wove paper with watermark (fragment) and margins as published. Note that the plate has been cut on the left side as the back of the plate was etched following the cancellation of “Le Petit Pont, Paris” for “Ancien Louvre” that I will be featuring in my next post.

The British Museum offers the following description of this print (pre-cancellation):
“Plate 7: view from bank of the river Seine of small bridge, spires of Notre Dame Cathedral seen rising beyond; published in a series of the artist's etchings on Paris. 1850” (http://www.britishmuseum.org/research/collection_online/collection_object_details.aspx?objectId=1441797&partId=1&searchText=Le+Petit+Pont,+Paris&page=1)

Regarding the series, “Eaux-fortes sur Paris”, the curator of the British Museum offers the following information:
“… a series of 22 etchings, 'Eaux-fortes sur Paris', published by the artist in three parts between 1852 and 1854; usually two at a time. A portrait of the artist by Bracquemond, but with etched text by Meryon himself, appeared with the series (see 1924,0112.2). For a full listing of the published and unpublished plates, see Delteil+Wright. The numbering assigned to the plates is that of D+W.” (http://www.britishmuseum.org/research/collection_online/collection_object_details.aspx?objectId=1442533&partId=1&searchText=1866,0210.263&page=1)

Condition: excellent impression from a very distressed cancelled plate. The sheet is in pristine condition.

I am selling this remarkable curiosity of a brutally cancelled etching by (arguably) one of the most important of the 19th century etchers for a total cost of AU$186 (currently US$142.54/EUR134.46/GBP114.97 at the time of this listing) including postage and handling to anywhere in the world.
If you are interested in purchasing this exceptionally rare print taken from a cancelled etching plate, please contact me (oz_jim@printsandprinciples.com) and I will send you a PayPal invoice to make the payment easy. (Note that I will be posting an impression from the back of the same plate, “Ancien Louvre” in my next listing) 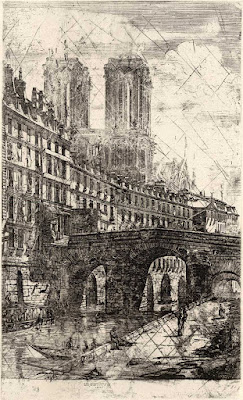 In case anyone thinks that this is an etching that was intended to be seen with all those scratched marks on it—it isn’t. This is an impression taken from Meryon’s etching plate after he cancelled it in the hope that no one would ever see what you are looking at. Essentially this image is designed to be such a visual mess that no reputable printer would ever even think about printing from the “expired” plate.  Meryon succeeded in messing up the image, but what he hadn’t envisaged is that he did it in such a savage way that it is now (arguably) renewed with an ugly beauty that I find compelled to examine closely.

What I love is how some of the printed scratches change from positive/black lines (e.g. in the sky and boardwalk) to negative lines (e.g. across the towers of Notre Dame). For me, such a process of erasure makes me think about the mindset that Meryon must have been in at the time. He must have been in a wild frenzy, perhaps even angry, as he hacked at the plate.

Of course there is a long history of such grand acts of cancellation. In the Middle-Ages, for example, palimpsest—the erasing text and images to replace them with fresh text and images——was not an uncommon practice in the crafting of manuscripts. After all, parchment and vellum (prepared animal skins) used as pages/leaves in books were expensive and recycling was the rage of the time. Regarding a more recent memorable act of erasing—this time “artful” erasing —that brought a sparkle of excitement to me as a young artist was hearing that Robert Rauschenberg had the audacity to ask Willem de Kooning for one of de Kooning’s drawings so that he could erase it.

What this very intentional and graphic act of violent plate cancelling and its later reprinting reveals is that future viewers will always find something perversely interesting about the working practices of truly great artists—even when they try to limit what we see. Interestingly, even Rauschenberg’s famously erased de Kooning has been “refreshed” so that we can now "see" past his erasure, as “in 2010 SFMOMA used a range of digital capture and processing technologies to enhance the remaining traces of the original de Kooning drawing” (https://www.sfmoma.org/artwork/98.298). 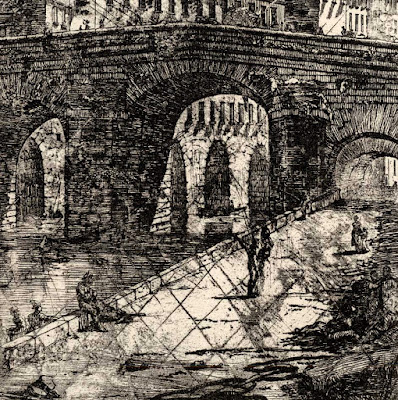 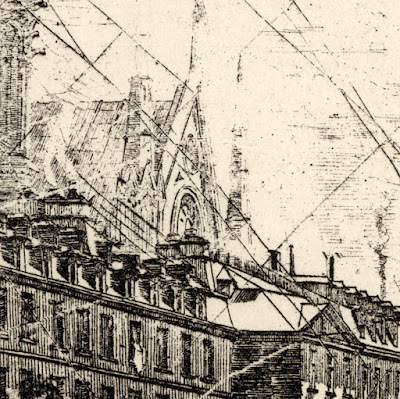 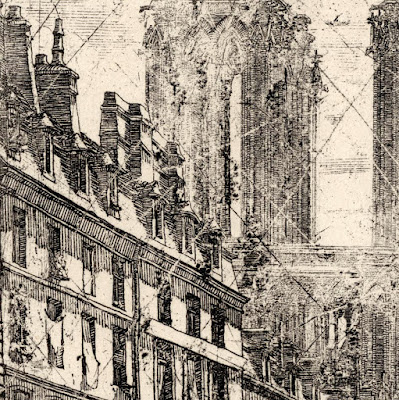 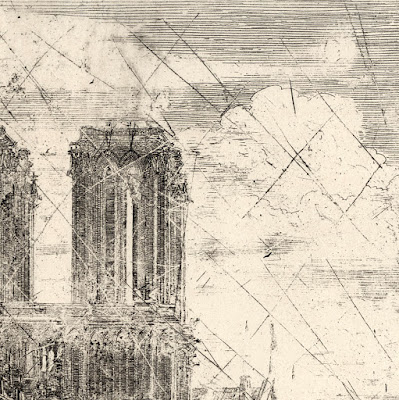 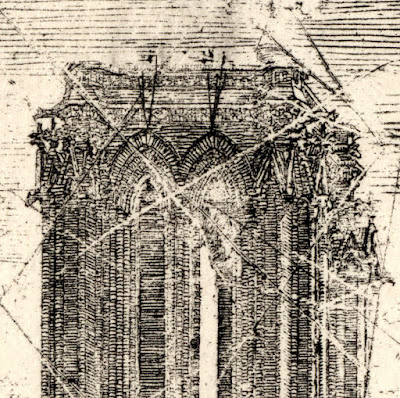 Posted by printsandprinciples at 01:39