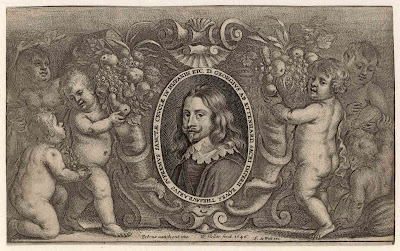 Wenceslaus Hollar (aka Wenzel Hollar; Václav Hollar) (1607–77)
“Endpiece: Bust-length portrait of Georg Ettenhard, Knight of the Holy Empire and Supreme Treasurer of the Holy Cross in Spain, surrounded by six putti arranging fruit in two cornucopias”, 1646, from the series of 12 pates, “Pædopægnion”, after Peeter van Avont (1600–52). The first edition was published by Peeter van Avont but this fourth state impression was from the edition published by Frederick de Widt (1629/30 –1706). (Note: de Widt flourished as a publisher after 1648, consequently, this impression is most likely printed between 1648 and 1706.)

The British Museum offers the following description of this print:
“Endpiece to the series, with six putti arranging fruit in two cornucopias, flanking an oval, with portrait of Georg Ettenhard, half-length to left, with shoulder-length wavy hair, moustache and small beard, looking towards the viewer; gourd on the ground at far right; after Peeter van Avont; fourth state, before De Wit's name erased. 1645-1646 Etching” (http://www.britishmuseum.org/research/collection_online/collection_object_details.aspx?objectId=3488508&partId=1&searchText=Georg+Ettenhard&people=120831&page=1). The British Museum also holds an impression of this print in its third state (i.e. before the addition of the name of the publisher (de Widt): see http://www.britishmuseum.org/research/collection_online/collection_object_details.aspx?objectId=3488490&partId=1&searchText=Georg+Ettenhard&people=120831&page=1)

Condition: good impression but with some wear to the plate, trimmed to the image borderline. The sheet is appropriately age toned but in excellent condition (i.e. there are no tears, holes, abrasions, folds, foxing or significant stains).

I am selling this rare and exceptionally interesting etching by one of the most famous printmakers for a total cost of AU$184 (currently US$141.21/EUR133.69/GBP113.62 at the time of this listing) including postage and handling to anywhere in the world.
If you are interested in purchasing this visually arresting and important print, please contact me (oz_jim@printsandprinciples.com) and I will send you a PayPal invoice to make the payment easy. 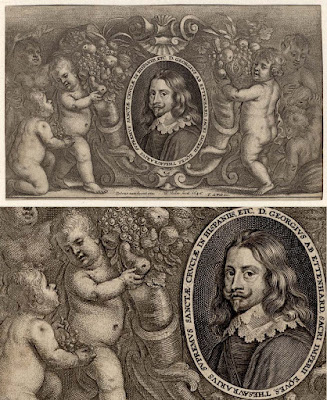 Hollar was one of the world’s greatest etchers. He had both the technical ability and, importantly, the discipline to represent a subject with all the optical fidelity of a camera. For example, Hollar’s mimetic renderings of fur muffs that Richard T Godfrey (1994) in “Wenceslaus Hollar: A Bohemian Artist in England” claims “are justly the best loved and admired of all of Hollar’s prints” (p. 127) are so real that they “perfectly suggest the softness and warmth of fur” (ibid).

Regarding the effect of looking through two eyes—binocular vision—we take this phenomenon for granted as most viewers have two eyes to examine a subject. Interestingly, very few early artists chose to portray the effect of looking at a subject in this way. For instance, with two eyes open the focus is on a very small area of a subject and focal clarity diminishes in 360 degrees away from this point of focus. This phenomenon is exemplified in Hollar’s print where the oval portrait of Georg Ettenhard is rendered with a high degree of clarity while the putti carrying their cornucopias on either side of him are rendered in gradually diminishing degrees of focus away from his portrait.

By contrast, monocular vision—looking with one eye—does not permit focus on a single point. Instead it allows the eye to focus on a whole plane. The best way to understand the difference between these two ways of looking at a subject is to think about how a camera “sees” the world. Essentially, vision through a camera's lens is not on a spot but on a whole plane of focus that is parallel to the camera's lens and with diminishing focal clarity in parallel layers in front of the plane in focus and behind it. In Hollar’s print, note how he has crafted the three putti in the foreground with equal degrees of focal sharpness and the three putti behind them with equal degrees of blurriness. 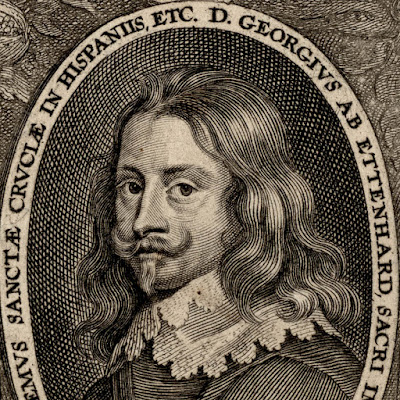 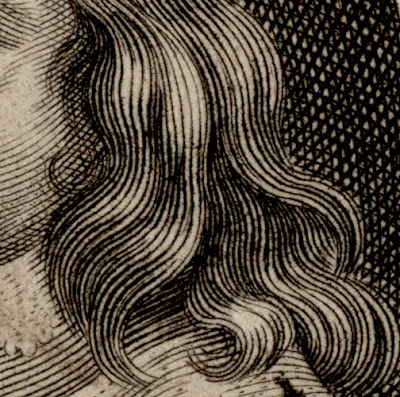 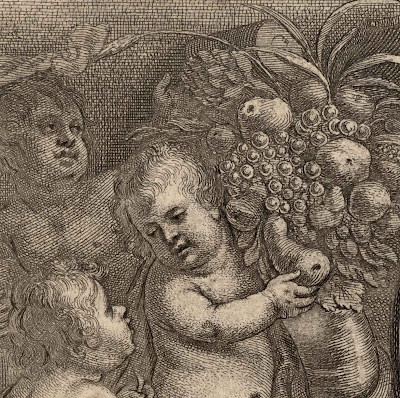 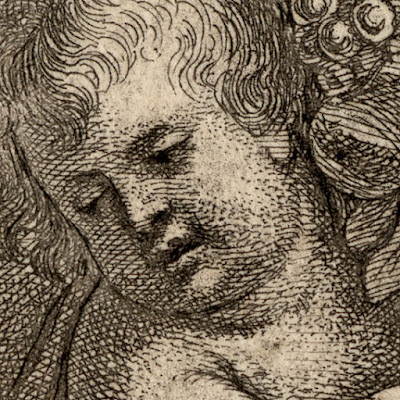 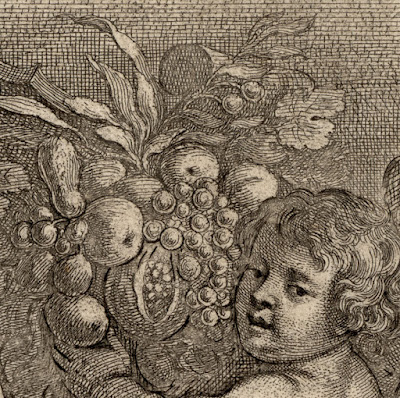