Dietricy’s etching, “The sleeping shepherd near the sheep herd”, 1764 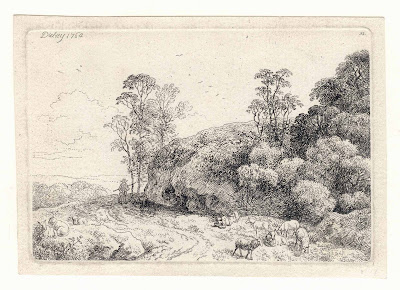 “The sleeping shepherd near the sheep herd” (aka “Der schlafende Schäfer bei der Schafherde”), 1764, published by Adrian Zingg in a posthumous edition of Dietricy’s oeuvre featuring 87 plates on 58 sheets.

Etching on laid paper with Adrian Zingg’s engraved number, “32”, in the top right corner indicating that this impression was part of Dietricy’s posthumous edition arranged by his widow. (Note: after the plate was published in the Zingg edition the number was erased by JF Frauenholz for Fraenholz's later edition.)

Condition: faultless impression in near pristine condition (i.e. there are no tears, holes, folds, abrasions, stains or foxing) with small margins. There are remnants of mounting hinges and pencil notations (verso)

I am selling this sensitively executed etching by one of the most famous of the 18th century German artists for AU$167 (currently US$131.40/EUR111.39/GBP101.25 at the time of this listing) including postage and handling to anywhere in the world.

If you are interested in purchasing this marvellous example of Dietricy’s skill in its full maturity, please contact me (oz_jim@printsandprinciples.com) and I will send you a PayPal invoice to make the payment easy. 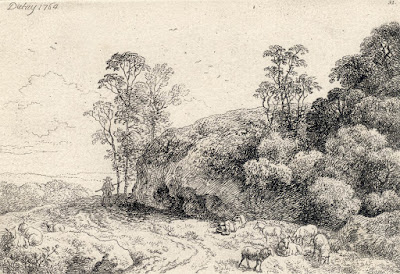 Dietricy was one of those remarkable prodigies that could mimic other artists’ styles with ease. In fact he was so proficient at imitating such diverse styles as the confident lines of great masters like Rembrandt and the fluid light strokes of artists like de Lairesse—showcased in my previous post—that, according to Antony Griffith and Frances Carey (1994) in “German Printmaking in the Age of Goethe” (British Museum Press), he became so “immensely popular in Germany and France” that his dealer (JG Wille) “was importing his paintings by the crate” (p. 41). In short, Dietricy became so wealthy that he was "too rich to need to work” (ibid).

The reason that I mention Dietricy’s acquired wealth is that he had the means to dedicate himself to his craft. Indeed, so skilful was his crafting of images—mainly landscapes, as exemplified perfectly in this sensitively rendered etching—that Johann Joachim Winckelmann (1717–68), the historian and archaeologist famed for his seminal studies into differences between Greek, Greco-Roman and Roman art, described Dietricy as the “Raphael of landscape painting.” 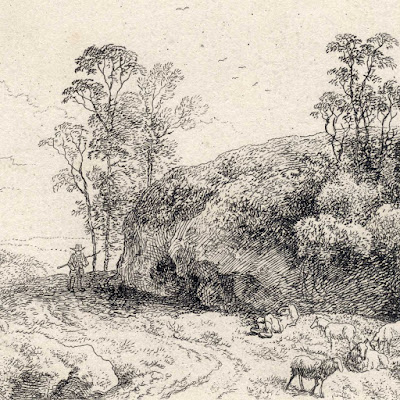 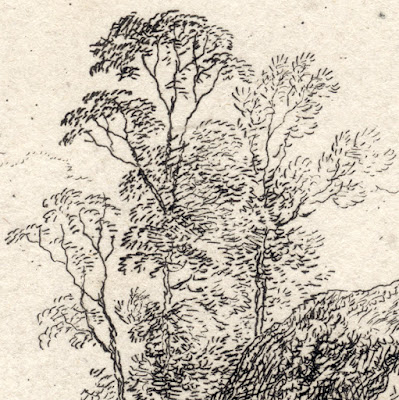 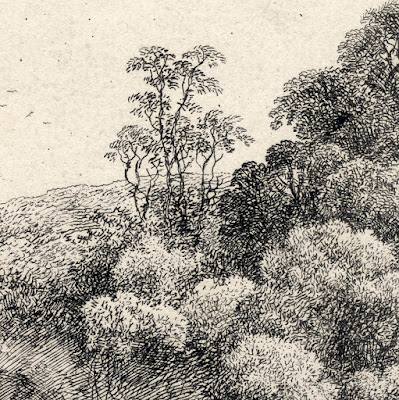 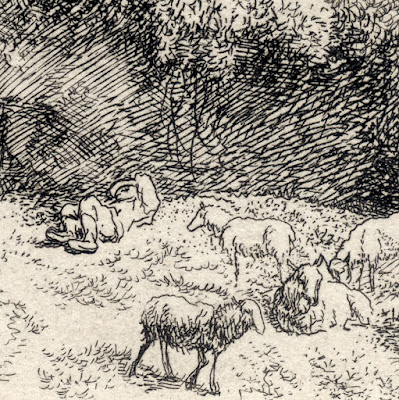 Email ThisBlogThis!Share to TwitterShare to FacebookShare to Pinterest
Labels: Dietricy