Jan de Visscher’s engraving (with etching), “Shepherds and a Young Woman on an Ass”, 1670 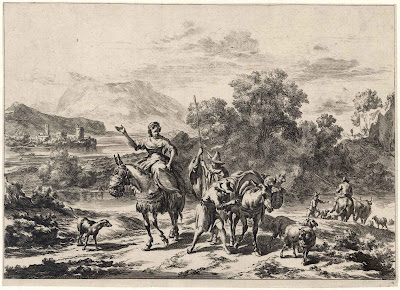 The British Museum offers the following description of this print:
“A woman riding a mule gesturing with her arm and a man stopping to tighten the straps to his steed with a river beyond; after Berchem”
(http://www.britishmuseum.org/research/collection_online/collection_object_details.aspx?objectId=1518681&partId=1&searchText=Visscher+&page=1). See also the description of this print at the Rijksmuseum: http://hdl.handle.net/10934/RM0001.COLLECT.191501

Note: the Rijksmuseum refers to the animal that the young woman is riding as an ass whereas the BM describes it as a mule. I know that there should be a difference beyond each having a different number of chromosomes but the question of which authority is correct in describing it as either an ass or mule is beyond me.

Condition: richly inked impression of exceptional quality—clearly a lifetime impression—but the sheet is trimmed along (or slightly within) the platemark and there is a loss of the tip of the lower-right corner. The sheet has been laid onto a conservator’s support sheet and the missing corner has been replenished with matching colour on the support sheet.

I am selling this large(ish) engraving of superb quality for the total cost of AU$168 (currently US$132.94/EUR112.55/GBP103.63 at the time of this listing) including postage and handling to anywhere in the world.

If you are interested in purchasing this masterwork by Visscher that sparkles with light and movement, please contact me (oz_jim@printsandprinciples.com) and I will send you a PayPal invoice to make the payment easy. 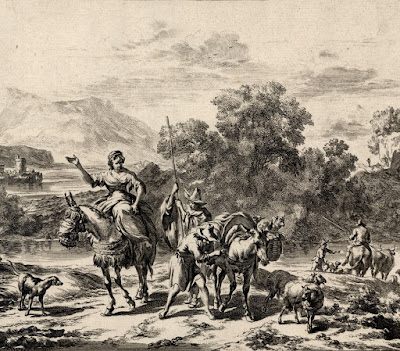 Each era has hallmark stylistic tendencies—fashions—that artists build upon. For example, this print has some of the key ingredients of the Baroque period style.

Note for instance the dramatic gestures of the young woman riding a mule as she indicates towards the distant fortressed town. Not only is her gesture unambiguously clear, as if she were performing on a stage, but the length of her arm directing attention is so curiously long—mindful that most ladies’ forearms are the length of their feet (i.e. from the tip of their big toe to their heel) or the length of their head (i.e. from their chin to the top of their head)—that her grand gesture fits the Baroque mould of being “larger than life.”

Note also that the light falling on the figures is equally dramatic. What I mean by this is that the effect of light and shade portrayed here is less about giving three-dimensional form to the figures, as might be the case in the Renaissance era, and more about creating visual havoc symptomatic of the Baroque era where each small area of strong tonal contrast in the image competes with the next for our attention. This “competition” for attention results in a plethora of too much information for the mind to be able to carefully scrutinise anything properly—a bit like trying to see a single fish in a school of fish darting around. In short, the mixture of dramatic gestures, strong lighting and the compositional weaving of all the small “happenings” portrayed in the scene—I especially like the way that the dog shown on the left is engaged in visual dialogue with the sheep at right of centre—renders this simple rural scene with a dynamic energy typifying the Dutch Baroque period style of the late 17th century. 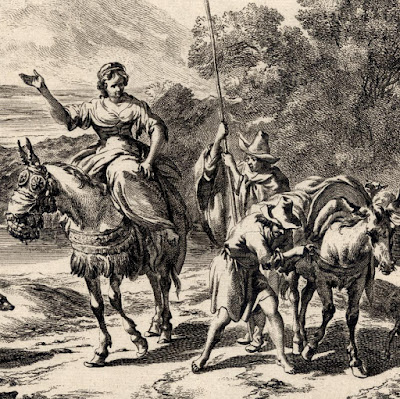 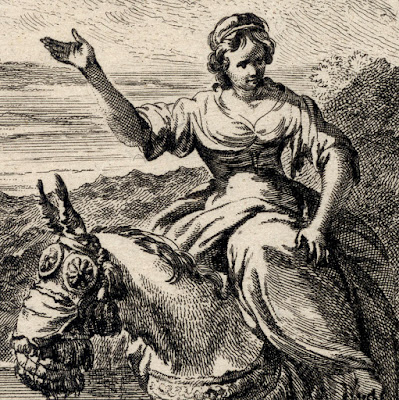 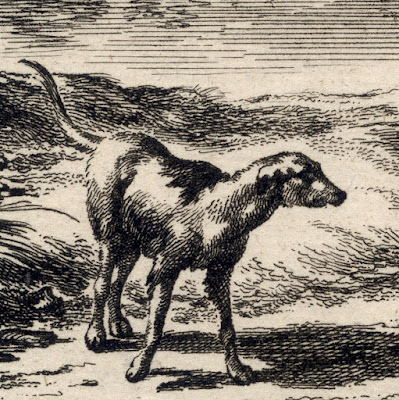 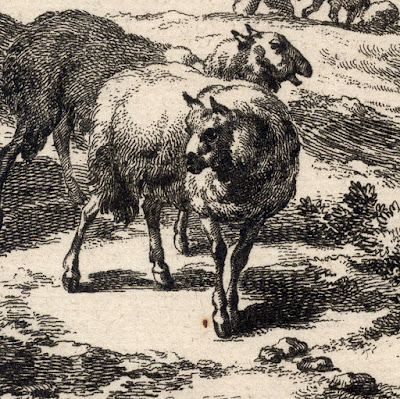 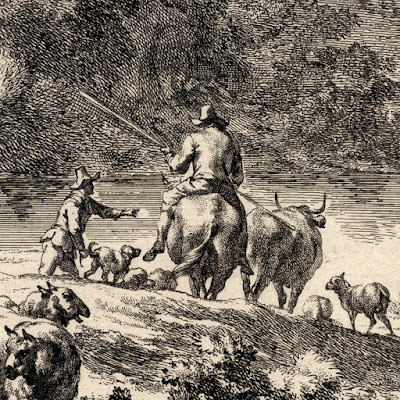 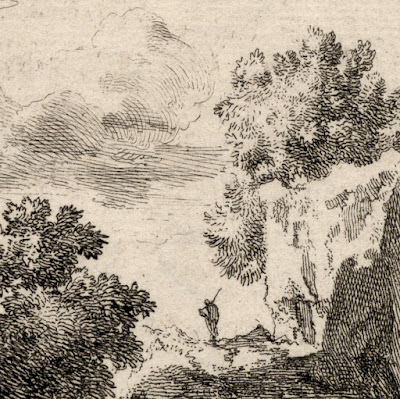