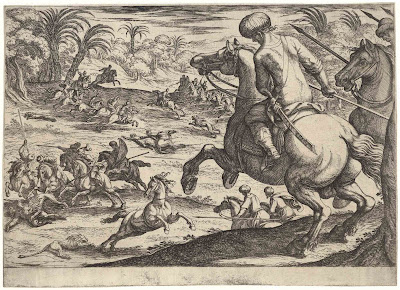 Etching on laid paper trimmed along the platemark
Size: (sheet) 10.8 x 28.4 cm; (image borderline) 18.8 x 28.1 cm
Inscribed with what I assume to be the artist’s name, “ANT-TEM”, along the blade of the sword worn by the figure on the rearing horse at right.
State before the inscribed plate number “VI” featured at lower left on the plate held by the BM (?).

The British Museum offers the following description of the numbered plate:
“Plate 6, a hunter on a rearing horse at right watches a lion hunt at the left. 1609 Etching” (http://www.britishmuseum.org/research/collection_online/collection_object_details.aspx?objectId=1496757&partId=1&searchText=tempesta+lion+hunt&page=1)

Condition: excellent impression trimmed along the platemark showing the image borderline and narrow/thread margins. The sheet is in excellent condition (i.e. there are no tears, holes, folds, stains, abrasions or foxing) with remnants of mounting (verso).

I am selling this marvellous and exemplary image of the Mannerist spirit of the early 1600s epitomising Tempesta’s love of rearing horses and scenes of melee for the total cost of AU$204 (currently US$159.60/EUR134.59/GBP120.63 at the time of this listing) including postage and handling to anywhere in the world.

If you are interested in purchasing this visually arresting image from the beginning of the 1600s please contact me (oz_jim@printsandprinciples.com) and I will send you a PayPal invoice to make the payment easy. 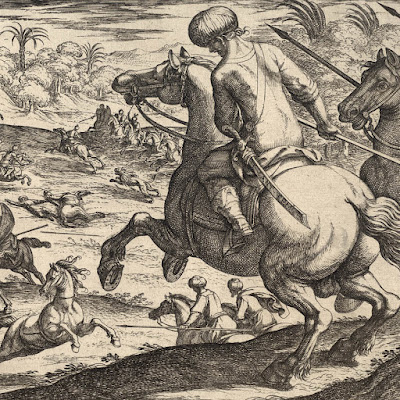 This print has me fascinated. In one sense it has all the hallmarks of being a pre-publication proof impression, in that it doesn’t feature the number “VI” of the edition published by Ferranti and the impression doesn’t exhibit the telltale signs of plate wear. Nevertheless, the impression is not as strong as I would normally expect of a print pulled from a near virgin plate.

One explanation for this anomaly is that the Italian printmakers tend to prefer slightly grey, carbon-based inks rather the richer, mineral blacks of the German printmakers—attributes that is often seen when comparing Italian and German ink drawings—and the silvery greys preferred by the Netherlandish printmakers. Another explanation and one that is likely to lead me into “big trouble” is that the early Italian printmakers are not noted for exhibiting the same degree of care in pulling prints as their northern neighbours; hence, the impression is slightly over-wiped and dull.

A completely different explanation, and one that I would love to be true, is all about the unseemly practice of early publishers to adulterate plates (i.e. the practice of “refreshing” plates by erasing details of later states so that “doctored” late impressions would seem like early proof states before publication). For those interested in the unseemly practices of dealers in the 1500s, I recommend reading the very interesting catalogue with contributions by Clay Dean, Theresa Fairbanks and Lisa Pon (1999), “Changing Impressions: Marcantonio Raimondi and Sixteenth-Century Print Connoisseurship” published by Yale University Art Gallery. The revelations that these writers offer are amazing. 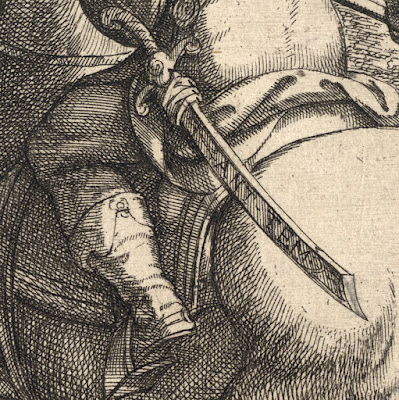 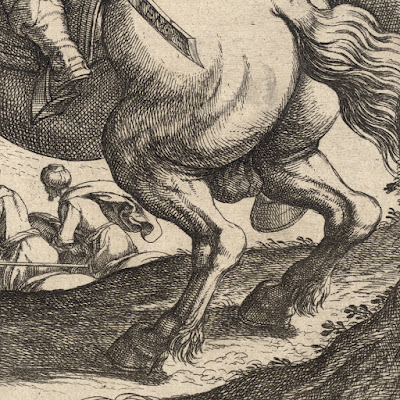 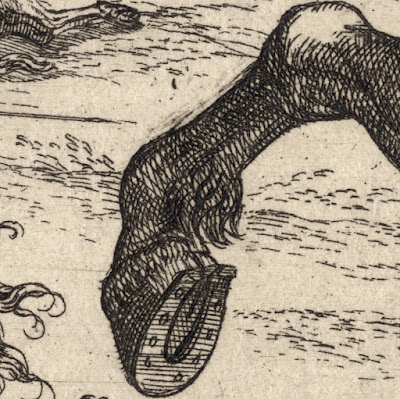 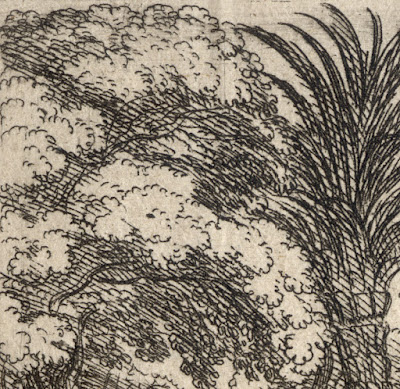 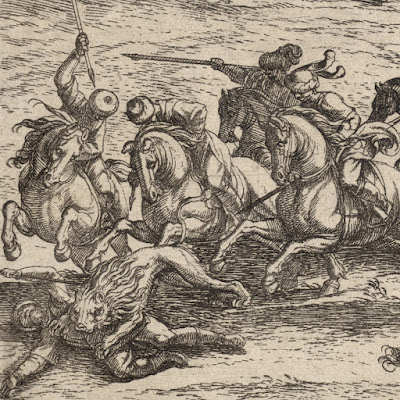 Posted by printsandprinciples at 07:04