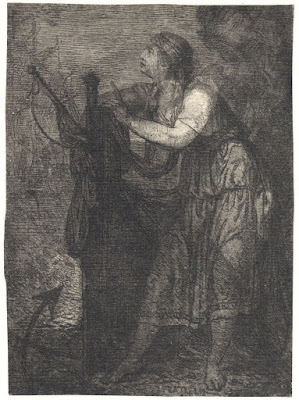 “Allegory on Navigation” (aka “Navigation”), c1776, from the series of 17 plates, involving mixed techniques of etching and drypoint, published in posthumous albums by Anton von Klein (1746–1810) in 1799 in  “l'Oeuvre de Joseph Fratrel.” (See Perrin Stein 2013, “Artists and Amateurs: Etching in 18th-Century France”. New Haven and London: Yale University Press, p. 52) This impression is very likely to be one of the “tissue thin” impressions printed by the artist and later tipped onto pages in von Klein’s published albums. (See Anthony Griffiths & Frances Carey 1994, “German Printmaking in the Age of Goethe”, BM, pp.75-6.)

Etching with drypoint and plate tone on tissue-thin laid paper, trimmed unevenly along the plate mark and lined onto a support sheet.
Size: (sheet trimmed unevenly) 12 x 8.8 cm
Signed on the plate with the artist’s name at right of centre on the lower edge of the print.

The British Museum offers the following description of this print:
“Navigation, personified by a draped woman, in profile to the left and leaning on a boat's bow. c.1775/80 Etching,”
(http://www.britishmuseum.org/research/collection_online/collection_object_details.aspx?objectId=1439187&partId=1&searchText=Fratrel+navigation&page=1)

Condition: tissue thin, richly inked impression— note that the tissue-thin impressions were arguably printed during Fratrel's lifetime but were tipped onto album pages when published by Anton von Klein (1746–1810) in 1799—trimmed unevenly along the platemark and laid upon a support sheet of conservator’s fine archival/millennium quality washi paper. The sheet is in excellent condition (i.e. there are no tears, holes, abrasions, folds, stains or foxing).

I am selling this small and precious print on the thinnest of papers from the late 1700s for a total cost of AU$234 (currently US$180.53/EUR152.78/GBP136.56 at the time of this listing) including postage and handling to anywhere in the world.

If you are interested in purchasing this arguably unique image of a female personification of the art of nautical navigation, please contact me (oz_jim@printsandprinciples.com) and I will send you a PayPal invoice to make the payment easy. 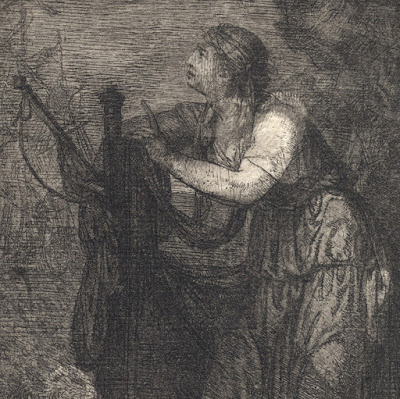 Like most allegorical figures in art, this female personification of Navigation symbolically looking to the heavens while resting her foot near a ship’s anchor embodies a whole body of traditional symbolism. Note for instance that the figure is shown with her hands wrapped around a ship’s bow to subliminally reference the long tradition extending back to the 16th century—and no doubt earlier in terms of protective eyes and faces designed to ward off danger—of affixing a carved figurehead of a lady on a ship’s prow. Note also that this female personification is dressed in thin material referencing the tradition dating back to antiquity of portraying women in gowns that cling to their bodies especially when wet such as the marble sculpture carved like a figurehead, from the Hellenistic period, “The Winged Victory of Samothrace” (aka “Nike of Samothrace”) now in the Louvre.

Regarding what I see as a theatrically moody rendering of this allegorical figure, Griffiths & Carey (1994) advise in “German Printmaking in the Age of Goethe” that Fratrel’s oeuvre of only 17 prints “enjoyed a high reputation in the eighteenth century, and their unusual combination of etching and drypoint led to comparisons with Rembrandt; one plate was even claimed to be better than Rembrandt” (p. 75) 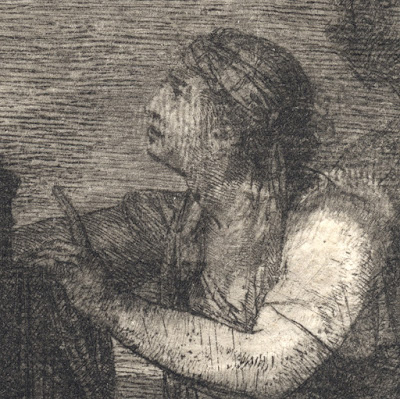 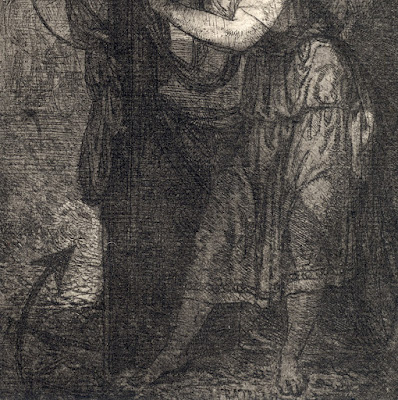 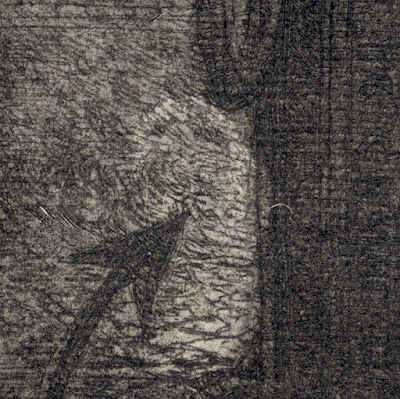