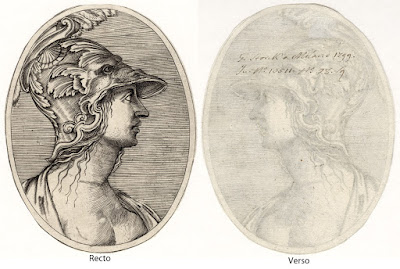 Condition: richly inked and well-printed impression, trimmed to the image borderline in pristine condition. There is an ink inscription (verso) by the previous 18th century collector, Giuseppe Storck, dated 1799.

I am selling this 16th century engraving for the total cost of AU$93 (currently US$70.14/EUR65.83/GBP56.98 at the time of this listing) including postage and handling to anywhere in the world.
If you are interested in purchasing this strong image of what may be the Goddess Minerva—the Roman goddess of wisdom and the arts who was born fully armoured from the head of Jupiter, please contact me (oz_jim@printsandprinciples.com) and I will send you a PayPal invoice to make the payment easy. 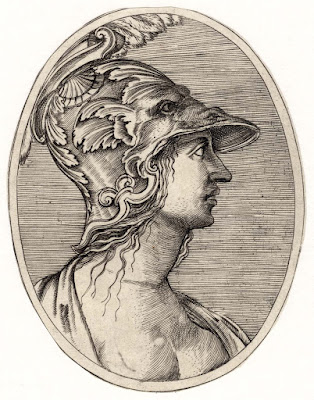 Rather than focusing on this print’s many fine attributes (e.g. the closely aligned horizontal lines in the background designed to project the subject’s face—the Goddess Minerva?— forward and the strong tonal contrast in the modelling of the face designed to pictorially flatten the form like a low relief sculpture), I’ve decided to take a different approach to this discussion and offer some background information about the print’s publisher, Antonio Salamanca.

In terms of what may be his greatest claim to fame, Salamanca published what is the “earliest dated print that is a conscious reproduction of an independent, complete work of art …” (David Landau & Peter Parshall 1994, “The Renaissance Print 1470–1550”, Yale, p. 166) of what the same authors describe as an “undistinguished rendition of Raphael’s last great painting, ‘The Transfiguration’, published in 1538 …” (ibid).

The fact that this first reproductive print is described as “undistinguished” is not an incidental detail as Salamanca focused his publication efforts on prints that were inexpensive to edition (i.e. prints from old plates that were not desired by artists and prints from artists of “anonymous mediocrity”). This is not to say that Salamanca did not publish masterworks (e.g. Marcantonio Raimondi’s “Judgement of Paris” [see my earlier post regarding this print]), but that Salamanca chose to publish in quantity rather than in quality. Landau and Parshall (1994) express this leaning to bulk publishing very well with the following insight: "There is no plate that cannot be reworked again and again, as testified to by the hundreds that passed through the stocks of Salamanca…” (p. 132).

Mindful that I may have metaphorically “shot myself in the foot” by advising that many of Salamanca’s published prints are of dubious quality, I need to clarify that this is not the case with this print. This is a very strong image where the quality “speaks” for itself. Beyond the manner of its execution, just look at the face; it’s alive with captured expression! The engraver may be unidentified but the print is wonderful. 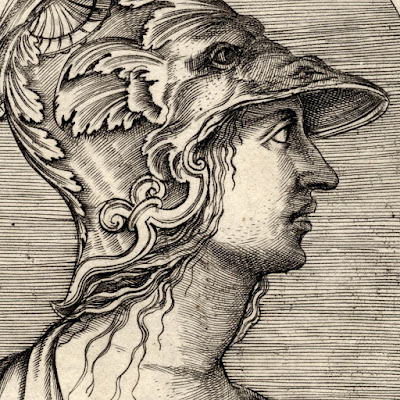 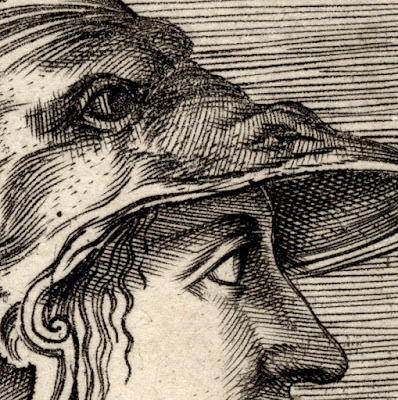 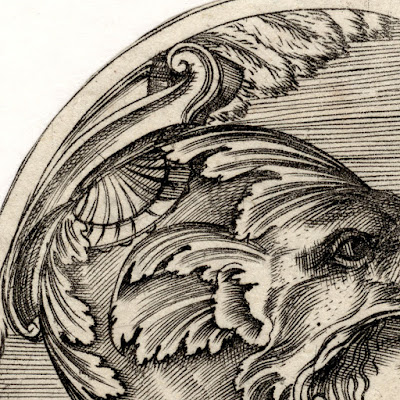 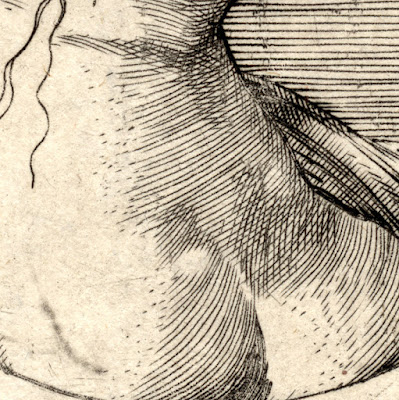 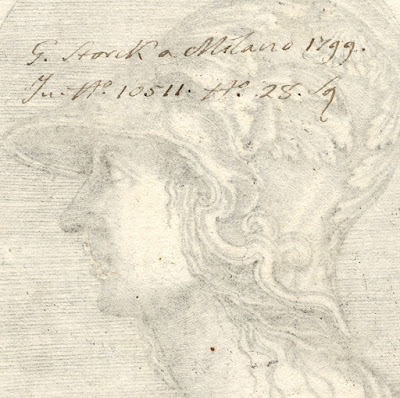 Posted by printsandprinciples at 20:28