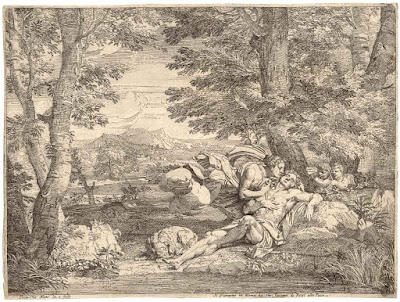 The British Museum offers the following description of the print: “Landscape with a sleeping Endymion in the centre, Diana on a cloud next to him, two putti to the right, trees on either side, a mountain in the background to the left; from a series of four prints showing landscapes with large figures” (http://www.britishmuseum.org/research/collection_online/collection_object_details.aspx?objectId=1673458&partId=1&people=113325&peoA=113325-2-60&page=1)

Condition: crisp impression in superb condition, but with a few specks, trimmed to the platemark and with a collector’s oval stamp lower-right corner. Verso has remnants of old mounting hinges. 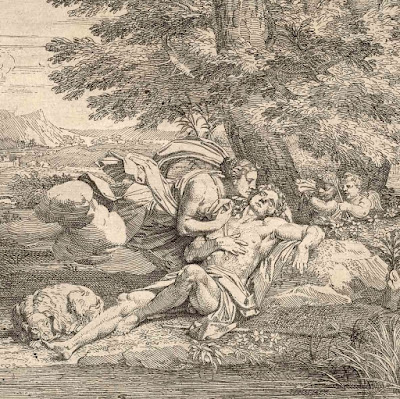 Although most folk already know the story of how Diana falls in love with the young shepherd, Endymion, who seems to spend his time asleep on a mountaintop. What may not be so well known is that Diana, the Roman goddess noted for her virginity, is modelled on the Greek goddess, Selene, who—according to reliable sources on Mount Olympus—has fifty daughters to Endymion. No wonder the poor chap is exhausted! Of course, Diana isn’t so blessed (as she is a chaste goddess) and so her love for the handsome shepherd is simply platonic. Nevertheless, she does bestow upon him eternal youth and time to rest in full naked manly splendour on any mountaintop he chooses. 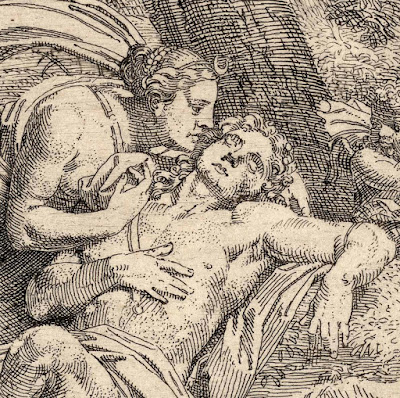 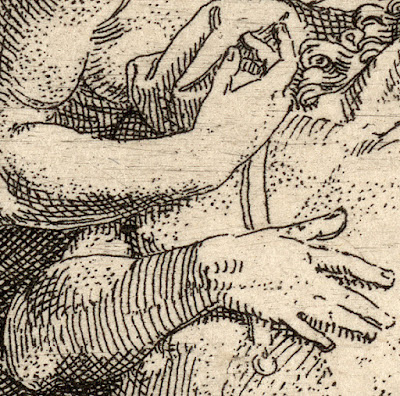 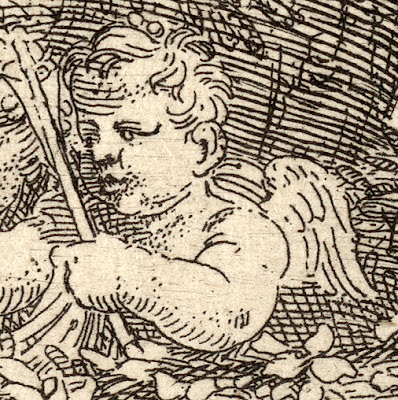 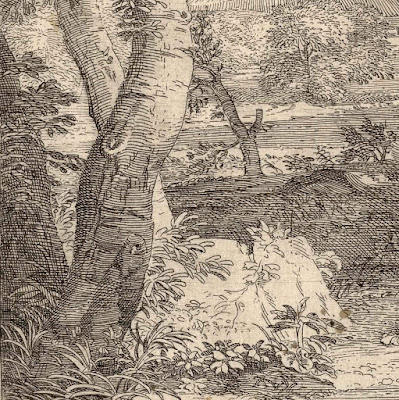 Posted by printsandprinciples at 00:23