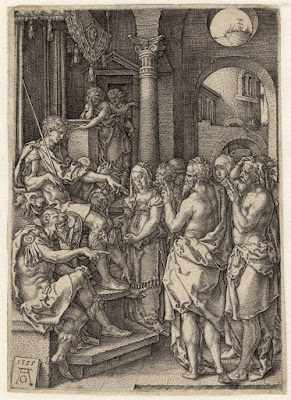 Condition: crisp and richly inked impression, trimmed at or slightly within the platemark and lined on a conservator’s support sheet of fine washi paper. Based on the superb quality of this impression it is likely to be a lifetime impression. There is a loss of the upper right corner that has been redrawn on the support sheet.

I am selling this rare and marvellous impression by one of the most famous of the old master printmakers who followed in the tradition of Durer (whose monogram design Aldegrever has appropriated) and the Nuremberg “Little Masters” (vis. the Beham brothers and Georg Pencz) whose designs Aldegrever also copied, for AU$620 (currently US$464.35/EUR436.11/GBP381.11 at the time of this listing) including postage and handling to anywhere in the world.
If you are interested in purchasing this museum quality engraving from the Renaissance era, please contact me (oz_jim@printsandprinciples.com) and I will send you a PayPal invoice to make the payment easy. 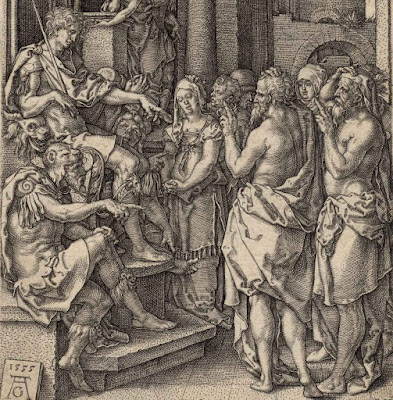 Aldegrever was an industrious printmaker. In the twenty-eight years prior to his execution of this engraving in 1555—arguably the final year of his life (the year of his death is uncertain and is either 1555 or 1561)—Aldegrever had produced close to 300 engravings along with three etchings and ten woodcut designs.

Although his prints, such as this engraving, acknowledge his immediate predecessors, such as Albrecht Dürer whose monogram design he appropriated and the Nuremberg 'Little Masters' (viz. the Beham brothers and Georg Pencz) from whom he acquired many stylistic traits (e.g. small formats, densely layered line work and compositions), there are unmistakable attributes in Aldegrever’s engravings that are uniquely his own; the British Museum summaries these perfectly as: “slim, attenuated figures and puckered, agitated drapery” (http://www.britishmuseum.org/research/search_the_collection_database/term_details.aspx?bioId=134630).

Artists, like Aldegrever, who choose the demanding medium of engraving over etching are of a special breed. After all, the length of time required to execute an engraving is far greater than that required to make an etching. For instance, David Landau and Peter Parshall (1994) in “The Renaissance Print: 1470–1550” advise that documentary evidence regarding Dirk Vellert and the great Marcantonio Raimondi’s engravings show that the shortest time recorded to produce an engraving is seventeen days. By contrast, for “an etching there is a space of only four days“(p. 30).

Of course, Aldegrever’s choice to be an engraver instead of an etcher may be driven by the delicacy of line that engravings can produce, but there is still another consideration that may have guided him: the number of prints that can be pulled/taken from an engraving plate compared to an etching plate. As a broad guide to the difference, and being mindful that there are many variables that come into play (viz. the type of metal used for the printing plate, the printing techniques employed and the varying opinions determining when the quality of the printed image has deteriorated), “A. J. J. Delen asserts that engraving were good for about 200 impressions of ‘high quality,’ and etchings only about 50 because of their relatively finer lines and shallow biting” (Landau & Parshall, p. 31). 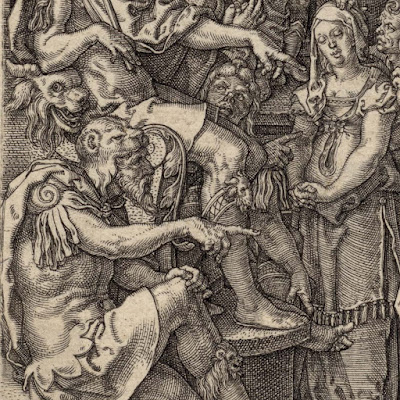 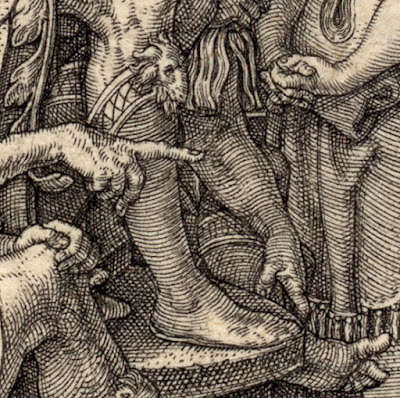 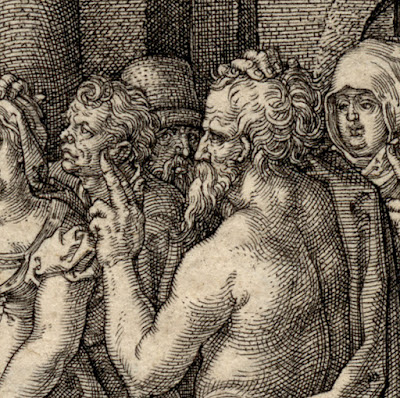 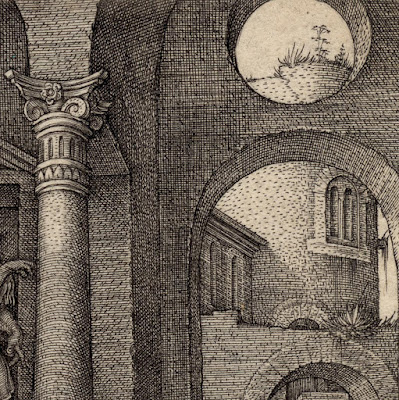 Posted by printsandprinciples at 20:19