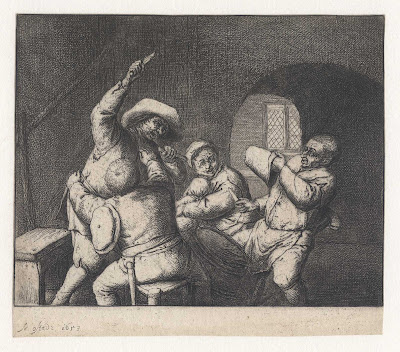 “Knife Fight” (Le coup de couteau [Barsch title]) (aka “The Fighting Cardplayers” and “The Peasants’ Quarrel”), 1653, published in Haarlem. This impression is from an edition printed in the 1700s.
Etching and drypoint on fine laid paper trimmed along the platemark/imageborderline and backed with a support sheet.
Size: (sheet) 12.6 x 14.5 cm
Inscribed on plate below the image borderline: (lower left) "Av. ostade. 1653”

State v (of viii) S William Pelletier (et al) (1994) in “Adriaen van Ostade: Etchings of Peasant Life in Holland’s Golden Age” (exh. cat. Georgia Museum of Art) advises that in this state “the left window pane clearly outlined” and “Godefroy described this state as ‘rare’” (p. 103).
Regarding later states, this impression does not show the horizontal “U” shaped stroke in the lower right background floor of state vi (as may be seen in the BM impression of state vi [1980,U.1661]) and this impression does not show wear to the plate of state vii (see the further elbow of the standing figure on the left in the state vii impression held by the Rijksmuseum [RP-P-OB-12.675]).

The Rijksmuseum offers the following description of this print:
(transl.) “In an interior of an inn, a man jumps up from a stool and swings menacingly with a drawn knife, his opponent shrinks back in alarm and holds his hat in defense. A seated man tries to calm the angry man and a woman protectively wraps an arm around the child on her lap. The reason for this fight is a card game that is on top of a [barrel] that falls through the tumult.”
(http://hdl.handle.net/10934/RM0001.COLLECT.38867)

See also the description of this print by the British Museum:
http://www.britishmuseum.org/research/collection_online/collection_object_details.aspx?objectId=1597505&partId=1&searchText=S.1441&page=1

Condition: crisp, well-inked and well-printed impression trimmed along the platemark/image borderline and backed with a support sheet of archival (millennium quality) washi paper. The sheet is in excellent condition (i.e. there are no tears, holes, folds, abrasions, stains or foxing).

I am selling this rare scene of a 17th century knife fight for AU$376 in total (currently US$275.66/EUR237.10/GBP214.63 at the time of posting this listing) including postage and handling to anywhere in the world.

If you are interested in purchasing this wild scene of brawling peasants executed by one of the truly great masters of the 17th century, please contact me (oz_jim@printsandprinciples.com) and I will send you a PayPal invoice to make the payment easy.

This print is reserved pending confirmation about its purchase. 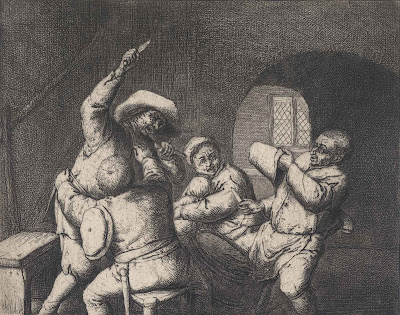 Leonard J Slatkes (et al) (1994) in “Adriaen van Ostade: Etchings of Peasant Life in Holland’s Golden Age” (exh. cat. Georgia Museum of Art) offers some interesting insights about this print. For example, I understand that the theme underpinning this “unusually violent scene” is intended to “warn the viewer to irarum causas” (i.e. “to flee from the causes of anger”) (p. 103).

Slatkes explains that “renderings of this traditional theme [of anger] can be traced back to Hieronymus Bosch”—such as his depiction of Ira [Anger] in the “Seven Deadly Sins” —and, importantly, is “related to an old Netherlandish moralizing tradition” (ibid).

Slatkes also links this image of brawling peasants to Jacob Matham’s series of prints, “The Consequences of Dipsomania”, especially Matham’s final plate showing “a similar fight apparently caused by a gambling argument inflamed by strong drink” (ibid). Slatkes points out that one of Ostade’s early contemporaries in Haarlem, Adriaen Brouwer, executed the painting, “Fight over Cards” (c1631–35), portraying—as the title of the painting suggests—a similar scene to Ostade’s etching.

Slatkes advises that the theme of anger—especially over a card game—was “popular in painting even before Ostade produced this etching.” In fact, “Ostade himself did a fully signed painting of “Card-Players Quarrelling in an Inn”, dated 1647, although with full-length figures in a broader spatial settings” (ibid). 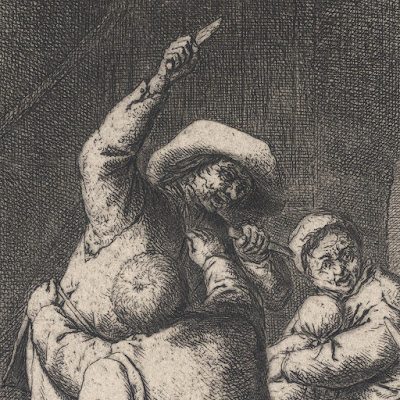 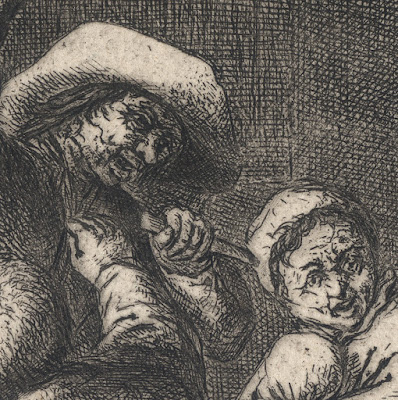 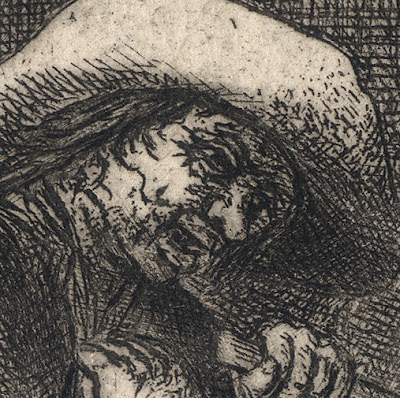 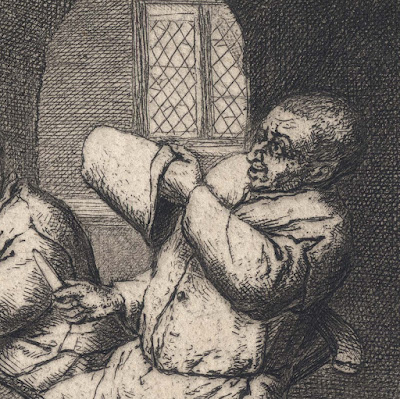 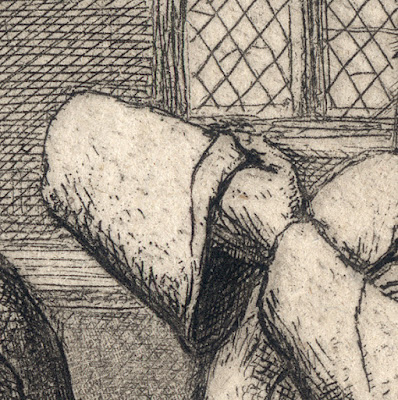 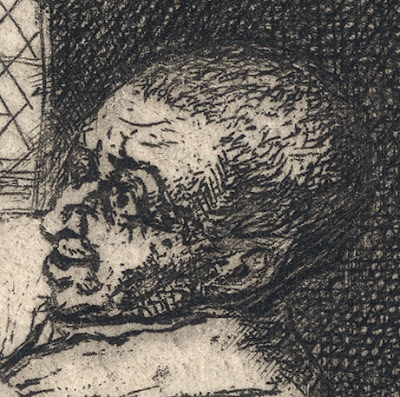 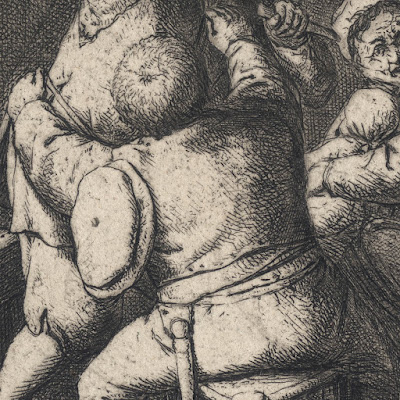 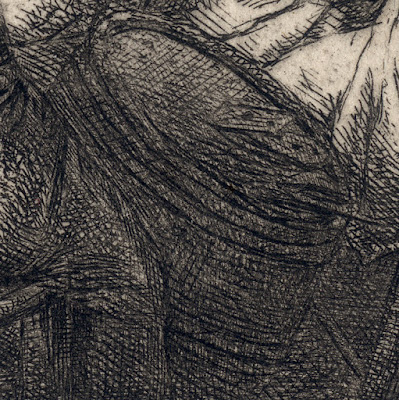