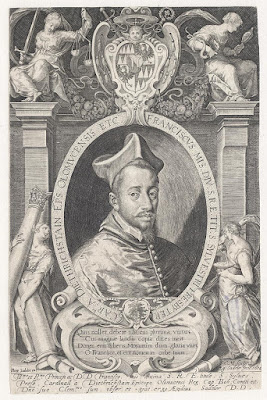 Etching and engraving on laid paper trimmed unevenly along the image borderline and backed with a support sheet.
Size: (sheet) 23.3 x 15.3 cm

State ii (of iii) before the publication detail of “Marco Sadeler exc.” is replaced by “Dancker/ Danckerize Exc.” In the third state

The British Museum offers the following description of this print:
“Portrait of Francis, Prince of Dietrichstein, bust in an oval frame, wearing cardinal's clothing; coat of arms above; figures representing the four cardinal virtues in the corners. 1604 Engraving”
(http://www.britishmuseum.org/research/collection_online/collection_object_details.aspx?objectId=3262220&partId=1&searchText=Aegidius+Sadeler+Prince+of+Dietrichstein&page=1)
See also the description of this print at the Rijksmuseum:
http://hdl.handle.net/10934/RM0001.COLLECT.167995

Condition: crisp, strong and well-printed impression trimmed unevenly along the image borderline and backed with a support sheet of archival (millennium quality) washi paper. The sheet is in very good condition (i.e. there are no tears, holes, folds, abrasions or foxing) but the ink from a previous collector’s stamp (verso) has migrated through the paper and is lightly visible at lower right (recto).

I am selling this stunning engraving by one of the greatest of the old master printmakers for the total cost of AU$347 (currently US$253.82/EUR218.46/GBP197.52 at the time of posting this listing) including postage and handling to anywhere in the world.

If you are interested in purchasing this small masterpiece of engraving, please contact me (oz_jim@printsandprinciples.com) and I will send you a PayPal invoice to make the payment easy. 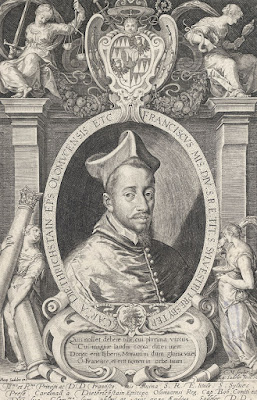 The subject of this portrait is Francis (Prince) of Dietrichstein (aka Franz/Franciscus von Dietrichstein) (1570–1636). According to the British Museum and TIB, he was the Chamberlain to Pope Clement VIII and became a Cardinal in 1598 (hence the cardinal’s cap) and ultimately the Bishop of Olmütz in 1599. He crowned Rudolph II, Matthias and Ferdinand II as well as performing Ferdinand II’s marriage. Perhaps not too surprising, Ferdinand II made him a prince in 1624.

Beyond the historical significance of the portrait, this engraving is a showpiece of Aegidius Sadeler’s skills as an engraver. To explain this artist’s remarkable facility with the burin (i.e. the engraver’s tool) one only needs to look at and imagine the patience and discipline to sustain the tight alignment of the curved fine lines describing the concave surface of the niche behind the prince. This small section of the print illustrates very well Aegidius Sadeler’s command of his craft that enabled him to push a chisel point across a copper plate with machine-like precision. Simply incredible!

There is also creative intelligence displayed here. Note for example how he visually connects the allegorical figures—the cardinal virtues of Justice, Wisdom, Strength and Temperance—to the shallow sculptured space in which they are set by only using strokes aligned to the left—Aegidius must have been right-handed and the printing process has reversed his natural angle of mark making. Going further, to ensure that the shallow space is not too flat, he has portrayed the attributes of the allegorical figures using curved contour strokes. All these visual devices may seem very minor but they highlight the skills and intelligence of the artist. 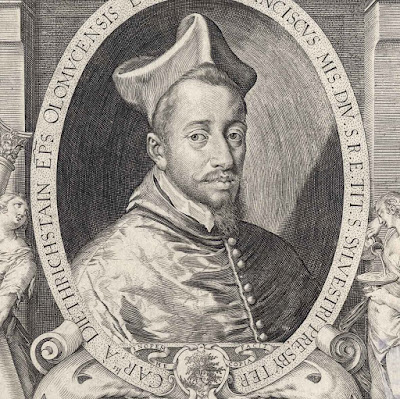 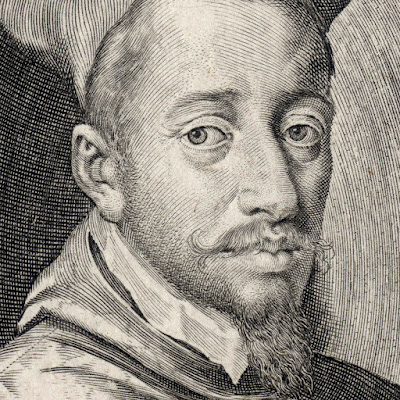 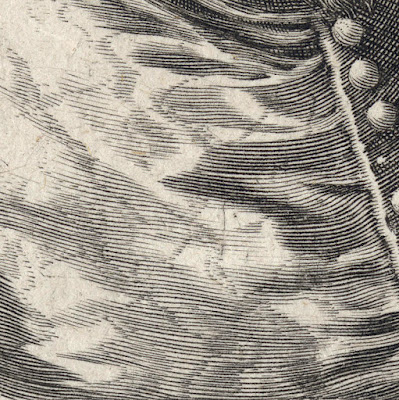 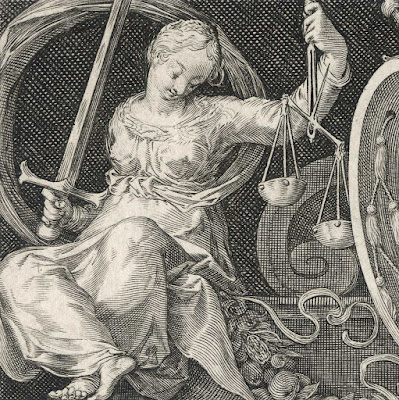 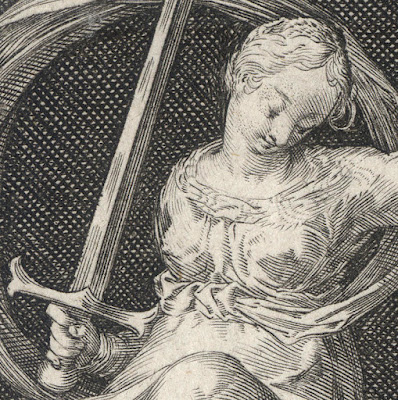 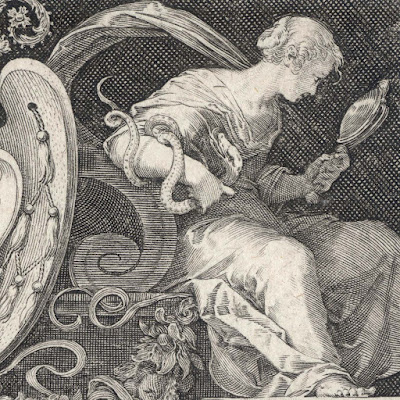 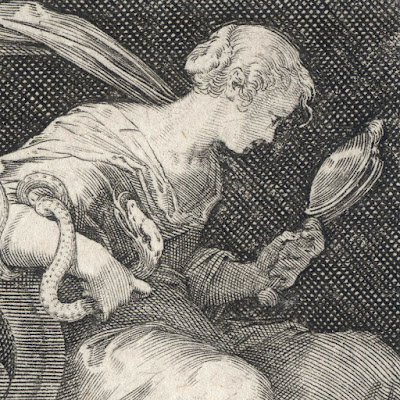